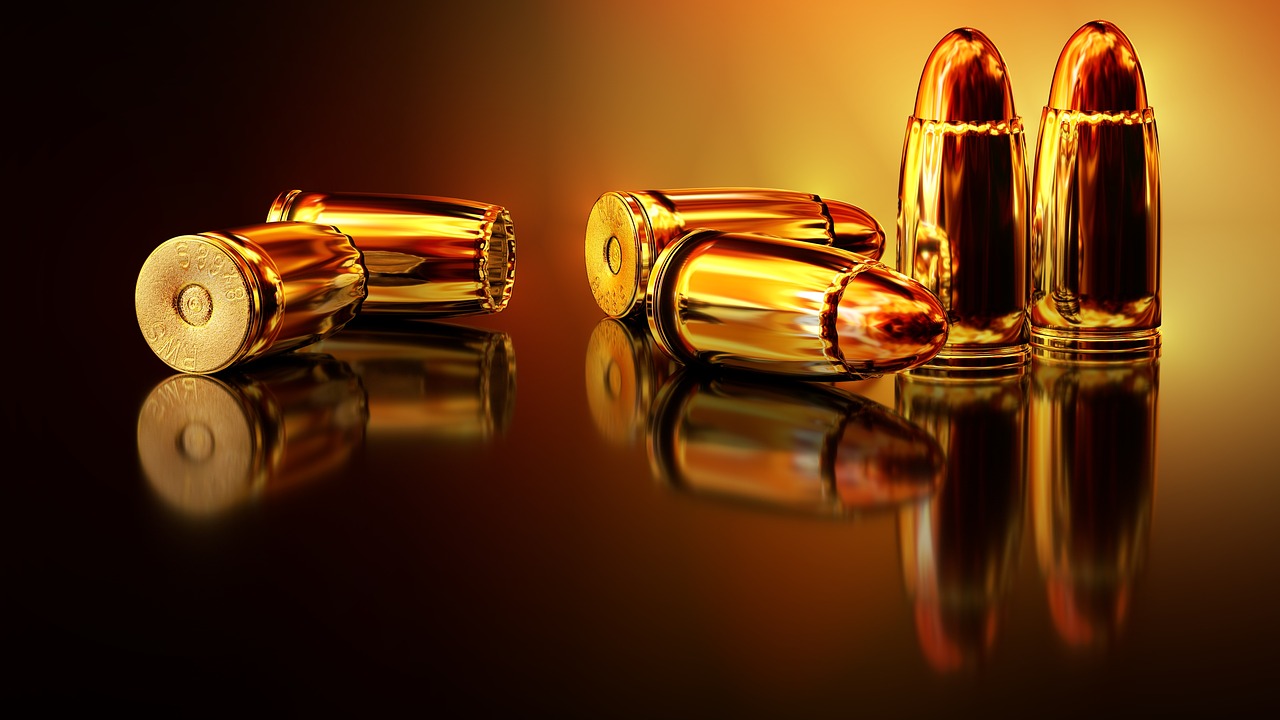 The above clip is from Aaron Sorkin’s acclaimed show: The West Wing. Ainsley Hayes played by Emily Procter, monologues that “ your gun control position has nothing to do with public safety and certainly not about personal freedom … it’s about you don’t like the people who do like guns… you don’t like the people” still holds true in the response of today’s Democrats to mass shootings and gun control. Calls for gun control and calls against it have become another lightning rod in today’s political thunderstorm. Those fighting for gun control are energized by recent mass shootings, and although policy proposals like the ban on assault weapons or the gun-show loophole are well-intentioned, it is an emotional response rather than a practical one. Likewise, on the right, the Trump administration has had success in implementing a travel ban on people coming from certain Muslim majority countries in order to appease his base. From a policy perspective, gun control is the left’s equivalent of the travel ban, an ineffective policy, which is driven by fear, rather than a rational approach to public safety.

The travel ban is a prime example of an ineffectively designed policy. The controversial executive order with some special exceptions denies immigrants and nonimmigrants from Iran, Yemen, Syria, Libya, and Chad. The order was intended to stop terrorists from either country, yet there is a flaw with this approach to reducing terrorist attacks in the U.S. First of all, radical Islamist terrorism makes up only a minority of terrorist attacks. Between 2001 and 2015, other sources of domestic terror had nearly twice as many incidents, than ‘Al-Qaeda or ISIS’ inspired attacks. And since 9/11, an outlier when it comes to domestic terrorist attacks, terror-related deaths in the U.S. have declined and have never gone over 100 deaths a year. According to the traditionally conservative Cato Institute, today Americans have only a one in 46,192,893 chance of being killed by a refugee terrorist. Furthermore, only about nine percent of terrorist attacks could be potentially “prevented” by Trump’s travel ban. Likewise, the negative implications of Trump’s travel ban are daunting. The ban poses a serious humanitarian concern for thousands of Syrian refugees who will face major obstacles seeking resettlement in the embattled region. Trump’s travel ban, like policies aimed at gun control, are driven by personal responses rather than rational decision-making.

Common sense gun control, especially in its current form, would be widely ineffective at decreasing both gun deaths and mass shootings. For the purpose of this article the policy proposals which we are referring to are: the assault ban, closing the gun show loophole, banning the bump stock, and an assortment of other regulations proposed by Democratic lawmakers. First of all, 62% of gun deaths are from suicide, in which handguns are more common and easier to use. Gun control proposals are ruled by experts like Madeline Drexler at Harvard Public Health newsletter as being ineffective at reducing these suicide-related gun-deaths. Putting an emphasis on suicide prevention would be across the board a more effective way of stopping gun-related deaths. When it comes to homicides, assault weapons make up only two percent of gun deaths, making an assault ban ineffective at decreasing overall gun deaths. The fact-finder Politifact found that of the guns used in violent crime, only three to ten percent of the guns were bought legally, with a substantial percentage between 25-40% being bought on the black market, while the rest being purchased through a straw buyer or an individual who purchases and transfers a gun to another individual who is unable to purchase the weapon for themselves. According to the FBI, less than one percent of guns used in the U.S. will be used in a crime, violent or otherwise.

Second of all, proposed gun control legislation aimed at assault weaponry may on the surface seem like an effective method in decreasing the carnage of mass shootings, but in reality, the efficacy of these proposals are murkier. Assault rifles fail to play a large role in mass shootings. Only 15% of mass shootings are carried out with assault rifles. Furthermore, the criminologist Gary Kleck argued in his paper, Mass Shootings in Schools The Worst Possible Case for Gun Control that “…the higher rate of fire supposedly afforded by semiautomatic firearms is a purely theoretical potentiality, rather than a capability actually exploited in real-world shootings.” Kleck made the case that the increased rate of fire of assault weapons, wouldn’t translate to more casualties since accuracy was a more important factor in mass shootings. Also, 15% of the guns used in mass shootings were bought illegally, reducing the effectiveness of more regulation. More conclusively, the U.S. from 2000 to 2014 had a mass shooting fatalities rate per 100,000 of 0.15, which is lower than countries with much stricter gun regulations like Norway, Finland, and Switzerland. Yet why is gun control, a policy which has a questionable effect on increasing public safety, such a popular issue in some political circles?

Both terrorist attacks and mass shootings share one major flaw, media warps these events out of context. Both deplorable events lead to shattering headlines and increased viewership, making them more prominent pieces in new coverage. For instance, Islamist terrorism in the U.S. is a minority in total terrorist incidents, while mass shootings make up only about 0.1% of gun-related deaths. If the amount of time we gave to issues was based exclusively on the number of fatalities, mass shootings would be talked about 0.00148% of the time and Islamist terrorism would be talked about only 0.00000358% of the time. These deplorable events warp media coverage so as to obfuscate the attention to other issues, where successful policy would be much more effective at curbing death-tolls.

For some on the right, support for the travel ban may come from the mindset that the extremist rhetoric of terrorists, is ingrained in all Muslims. Images of terrorist attacks in the media could inspire emotions of fear and anger in some Americans which leads to Muslim Americans being blamed for such atrocities. Republicans or supporters of the travel ban on average view Islam in a more negative light. According to the Pew Research Center “a December 2016 survey found that more Republicans than Democrats say Islam is likelier than other religions to encourage violence among its believers (63% vs. 26% of Democrats).” And “[More Republicans than Democrats believe] there is a natural conflict between Islam and democracy (65% vs. 30%)”. A major impact comes from the fact that most Americans don’t know Muslims personally. One poll found that only 38% of Americans have had a significant interaction with a Muslim. This, in turn, has created a very hostile environment for Muslim Americans. This fear and anger which drives the travel ban could circle back to terrorist attacks. After 9/11, Muslim hate crimes went up by 10x and remained much higher than pre-9/11. Vox found that the majority of Republicans supported the travel ban for national security reasons. Although those who support the travel ban oftentimes are pushing for an Islamophobic and morally bankrupt policy; support for the ban comes from a familiar place. Most of the supporters of the ban aren’t evil, they are simply misguided, and manipulated by a misunderstanding of a people that most have never interacted with.

However, there remain some large differences between supporters of gun control in the wake of mass shootings and those in support of the travel ban. Although both occur after traumatic events and are exaggerated by the media, they aren’t on equal footing. The travel ban is far more nefarious with links back to America’s racist and xenophobic past. While the thought process behind gun controls supporters may be problematic, it pales in comparison to the dark attitudes of the true racists that exist within the millions of travel ban supporters.

On the other hand, a possible explanation for why gun control supporters may propose reactionary policy following mass shootings is that gun control supporters may blame gun-owners for mass shootings, like the way that ban-supporters may blame Muslims for terrorist attacks. A study by Douglas Downs, found that in articles and readership on gun policy debate “75% of these documents, gun owners are explicitly or implicitly characterized as selfish, incompetent, and irresponsible” and that “through explicit reference, connotation, insinuation, or presupposition, marginalization of gun owners is nearly universal.” It is quite possible that this portrayal of guns owners misrepresents them and makes gun-control supporters cynical of guns and their owners. A possible psychological explanation of this phenomenon is in a study by Mark Joslyn and Donald Haider-Markel, researchers at the University of Kansas. They found that “Non-gun owners, by contrast, who are not psychologically or socially invested in guns, and do not form an identity from guns, are expected to blame guns for mass shootings.” Gun control supporters who may have little or no experience with guns or gun culture could react to mass shootings with an instinct of eliminating guns, without understanding the importance that it has to others. On the other hand, David L. Altheide a professor at Arizona State University argued in a paper that following 9/11, that mass shooting like  “Columbine … [were] cast within an expansive discourse such as terrorism.”  This subconscious impulse may be rooted like fear is in terrorism. Gallup found in 2017 that 39% of Americans were either very worried or somewhat worried that either they or someone they knew would be a victim of a mass shooting. Fear of a mass shooting happening to them could be an underlying factor driving support for gun control after mass shootings. This is a potential explanation for why Democrat lawmakers propose legislation which is focussed on satisfying the fears behind guns in mass shootings instead of the large-scale trends of gun-deaths.

When policy choices like gun control and the travel ban are proposed, there are several misconceptions that make the policy proposals problematic. The first misunderstanding is that these irrational policy issues are truly notable. Although it is a major loss whenever a shooting or attack occurs. When such events make up a minimal portion of the overall loss of life, would the amount of attention we give these events be better spent elsewhere? In 2015, 39 Americans died in mass shootings, 20 in terrorist attacks, and 589,430 to cancer. Is it pragmatic for the American people to reduce the loss of life in isolated events like terrorism and mass shootings when similar expenditures in other sectors could produce better results?

The second issue with the mindset of irrational policy, is the way that the supporters of said irrational legislation may ignore those who are disenfranchised by the policy. Effective regulation means that the overall benefits for a specific regulation outweigh the regulation’s cost. When it comes to irrational policy, the travel ban overlooks the humanitarian plight of Syrian refugees and instead pushes stereotypes onto these people. If the travel ban had been implemented 20 years ago, it would have saved zero lives and would have resulted in a dire situation for thousands of refugees who were seeking safety at our borders. Meanwhile, current democratic gun-control measures like the assault ban, would only reduce gun-deaths by 2% and, could be of monetary or symbolic loss to gun owners for next to nothing gains. Attacking guns doesn’t just mean attacking inanimate objects, it is, in fact, attacking the rights personally granted to gun owners.

This leaves us with one final question. Are the symbolic gains of these reactionary policies, really worth the tolls that they come with.