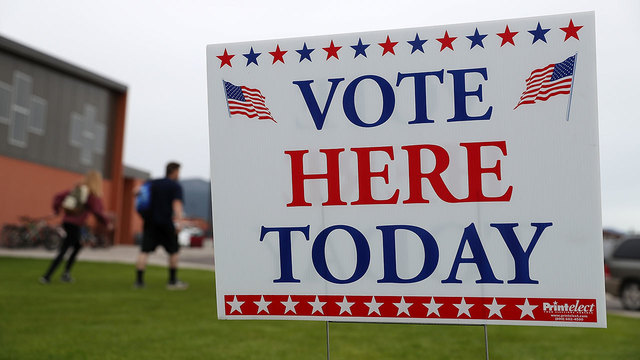 Voter Turnout is Too Low in the U.S. – Here’s How to Fix It

It’s no secret — voter turnout is too low, and it doesn’t need to be. To increase voter turnout, two important changes should be made to the election. First, an option to select “None of the Above” should be included on the ballot. Second, election day should be made into a national holiday.

The United States is one of the most difficult countries in the world to vote in. Several states, including Alabama, Michigan, Mississippi, New Hampshire, South Carolina, and Virginia, have policies that discourage voting. To vote in these states, citizens are required to bring photo ID if voting in person, and to have a “legitimate” excuse approved for absentee voting. Additionally, proof of citizenship is required to vote in Alabama, Arizona, Georgia, and Kansas. All these policies add up, evident since the United States has the 26th lowest voter turnout in the world.

When analyzing the potential in adding “none of the above” to the ballot, it’s important to ask — who does this voting option benefit? “None of the above” mostly benefits voters, but it also has benefits for congressional, state, and local government. According to Time Magazine, including this option “allows voters to indicate disapproval of all the candidates in a voting system without staying home and sitting the election out.” Since the 2016 presidential election included front-runners with the lowest favorability rating ever, giving voters the option to indicate disapproval of the candidates would be appropriate. During some elections, some citizens refrain from voting since they disapprove of both presidential candidates and would rather not vote for either one. Citizens refraining from voting, however, harms congressional, state, and local government since voters for those positions are lost.

Some may argue that voters can simply leave the ballot blank – it is allowed but discouraged, according to Missoulian News. Voters are allowed to simply leave specific options blank on the ballot while continuing to vote for other ballot options. However, many voters are afraid of leaving a ballot option blank since they believe their ballot will then be discarded. The option of “none of the above” would provide a similar function to leaving an option on the ballot blank, without inducing worry upon voters about their ballot being potentially discarded.

Another strategy for increasing voter turnout is to make election day a national holiday. Senator Bernie Sanders (VT-D) is a strong supporter of this policy. Additionally, in a 2016 New York Times article, John Conyers, a former U.S. Rep from Michigan, stated, “Though some might dismiss an Election Day holiday as being too expensive for our government to afford, the damage caused by low voter participation is a far greater risk.”

Making election day a national holiday will eliminate the possibility of decreased voter turnout due to work requirements. The main argument for making election day a national holiday exists in the partially problematic law requiring employers to give employees working between 7:00 A.M. and 8:00 P.M. two paid hours off work to vote. The law sounds beneficial but is problematic due to multiple reasons — voting can take longer than two hours, and the law exists on a state-to-state basis. By law, employers are required to allow employees to take the maximum time necessary to vote off work. However, employers are legally required to pay a maximum of two hours off work. Depending on the location, average voting times can take 35 minutes. When factoring in transportation from work to the voting location, the time required to vote can amount to more than two hours. In turn, some citizens are losing money to vote.

As U.S. voter turnout falls far behind international levels, it is crucial to implement voting changes quick. Adding “none of the above” and making election day a national holiday would significantly increase voter turnout. Not only would these options create more incentives for citizens to vote, they would eliminate incentives for citizens to refrain from voting. Americans are entitled to vote but the system inhibits their ability to do so – it’s time for a change.

Drew Tomashefsky is a writer for the United States section and is currently studying Political Science and Public Policy. He is a self-taught piano player and loves playing and watching basketball and hockey.