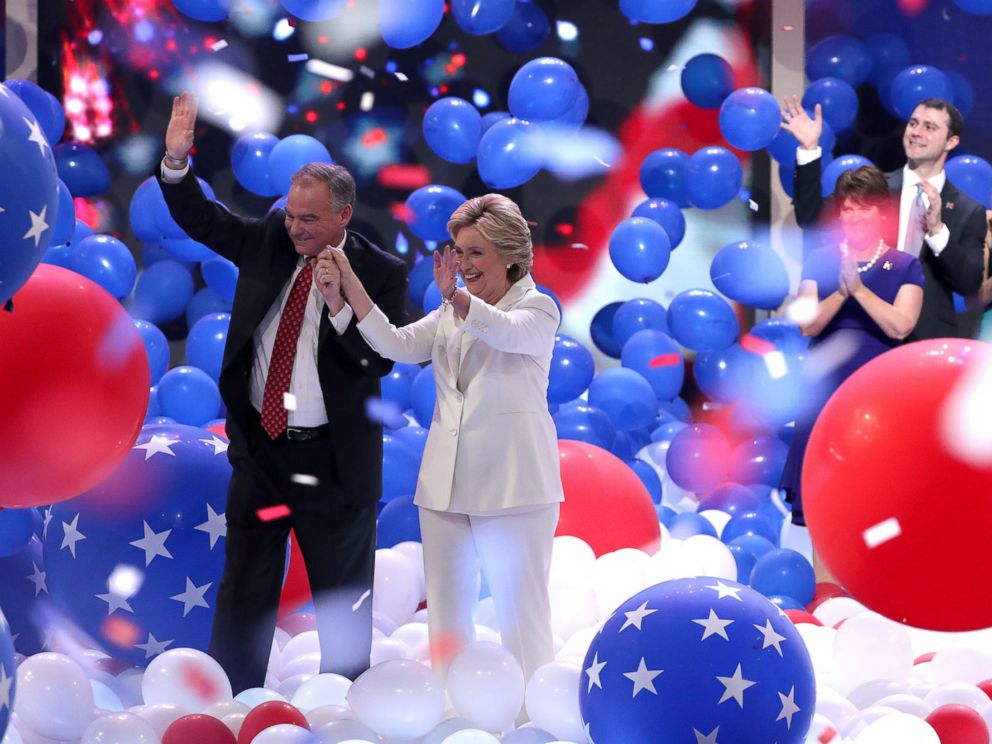 How to Steal a Nomination

Donna Brazile. That is the name of the woman that is reopening old wounds that the Democratic Party so desperately wants to close. In excerpts from her new book titled Hacks, the former interim chair of the Democratic National Committee reveals the alleged corruption, the bargaining, and the turmoil that was behind Hillary Clinton’s Democratic nomination and subsequent loss in the 2016 general election.

Brazile outlines that while she did not explicitly find illegal corruption within the DNC, she unearthed a “funding arrangement with HFA and the victory fund” that “looked unethical.” Essentially the Clinton campaign, prior to her nomination, had already gained “control of the party before the voters had decided” on a nominee through her control of party resources and funding well before her nomination. She adds that while this “was not a criminal act, … it compromised the party’s integrity.” However, it is important to note that while her new book makes this bold accusation, in subsequent interviews, Brazile has walked back from these accusations, arguing that she found no evidence “whatsoever” of wrongdoing. This contradiction in statements is quite confounding and some speculate that it may be as a result of imposed pressure from Clinton supporters, indicating possible party fragmentation.

But regardless of whether or not Donna Brazile is retracting her statements, her initial revelations have prompted the re-hashing of discussions on such things as the prospects of alternative party nominees such as Bernie Sanders and numerous other what-if scenarios. So what exactly does that mean for the 2018 midterm elections? For one, it reflects that the Democratic Party has not yet moved on from 2016 — something that could cost them in 2018.

The old adage goes —  “time heals all wounds” —  but for a party that keeps reopening them, that healing process, one that is absolutely necessary for party integrity and cooperation, may not occur in time for the 2018 midterm elections —  at least, if things remain the way they are. Even Bill Clinton, for example, keeps revisiting the topic of the election —something that his wife likewise cannot set aside (i.e. her recent tell-all election memoir What Happened). Most recently, former President Clinton announced that despite his wife’s allegations to the contrary, he does not believe James Comey’s plan to reopen the investigation on Clinton’s emails just prior to the election resulted in her loss.

“They [Democrats] haven’t really buried the hatchet. But everybody needs everybody else this time, and a chance to win is enough to produce some unity, or at least to paper over the cracks.” This quotation is taken from an article written by Seth S. King of The New York Times written in April of 1970. Though referring to a different election in a different time, the events following the presidential election in 1968 very much parallel those that occurred in 2016 and echo the sentiment of many Democrats today. But the true question is, will Democrats bury the hatchet in time for 2018?

To explore this question, an analysis must first be done of the 1968 election and what that meant for Democrats in 1970. The 1968 election, first and foremost, was very much like 2016. While Republicans did not have an “outsider” running such as now-President Trump, there was a great deal of “corruption” or at least, much the same assumption that then-Vice President, Hubert Humphrey was the presumed Democratic nominee prior to his nomination much like Hillary Clinton in 2016.

As in 2016, the country was very much divided, largely as a result of opposition to the Vietnam War. With the recent assassinations of both Martin Luther King Jr. and Robert F. Kennedy, following his close popular election, President Nixon noted that he saw a sign in a small town in Ohio that read “Bring us together.” He argued that it was because of this sign that “the great objective of [his] administration” would be to “bring the American people together.”

Like Nixon, Trump also attempted to do the same in his 2016 victory speech. Prior to walking on stage, then RNC chairman, Reince Priebus, reflects that Trump had said his speech that night would be about “calm[ing] the waters.” He intended it to be a speech where he would “bring people together.” Following through on those plans, the night of his election he went on stage and said that “Now it’s time for American to bind the wounds of division. It is time for us to come together as one united people. It’s time.” But like Nixon, his words were not necessarily heeded.

Today —  as in 1969 —  one year after the election, the country is as divided as ever. Back then, the issue of concern was the Vietnam War and while today, many other issues divide the country, partisanship is higher than ever with more than 70% of Republicans and Democrats each saying that they view individuals from the opposite party as “lazy”, “immoral”, and “closed-minded”. But what exactly does this mean for Democrats? In 1968, for one, the DNC launched the McGovern-Fraser Commission that intended to do one thing: to find the problem, the flaw in the Democratic party, and fix it in time for the midterm elections. What resulted was a fundamental transformation of the Democratic party, particularly in how the President was elected, a policy that was a direct response to their failure to win the election in 1968.

But unlike then, the Democratic party is not engaging in a similar post-election autopsy. If anything, Democrats, spearheaded by individuals such as Hillary Clinton and Donna Brazile, are finding more and more excuses for their loss in 2016. Rather than addressing the problem – a fundamental flaw in their nomination process – such as was the case in 1968 —  people like Hillary Clinton are attributing thirteen different reasons for her loss —  including sexism, the economy, racism, and an unfair media advantage.

But blaming someone else solves nothing.

Democrats in the 1970 midterm election were able to gain seats in the House of Representatives. But they did so because they took the time to stop blaming everyone else but themselves and examined and fixed the issues plaguing their party. Even though Democratic leadership is calling for greater transparency within the party, Democrats are yet to do that – and if they continue to reopen old wounds and blame others for their mistakes, they will lose again in 2018.