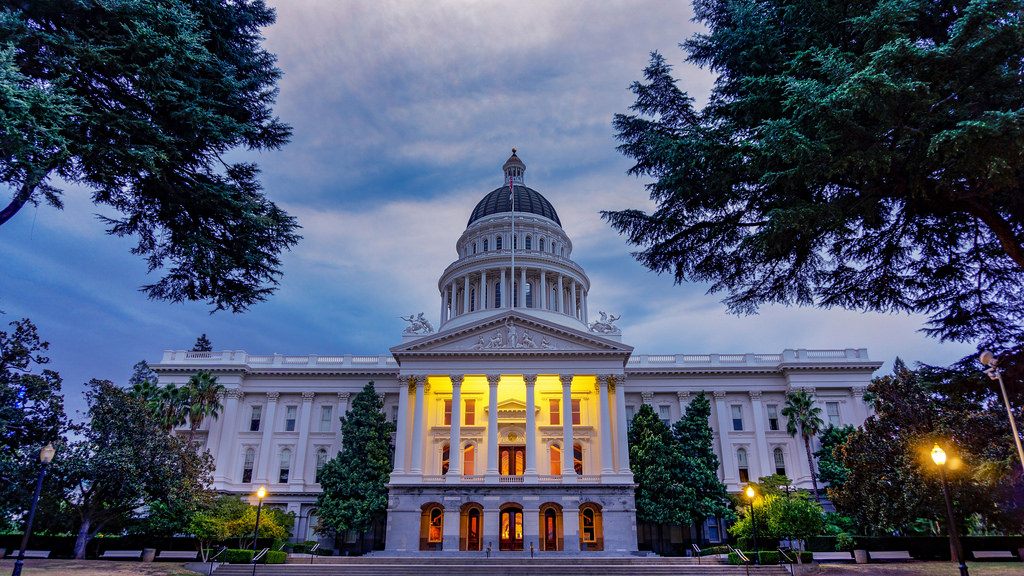 Nancy Kathleen Finnigan opened the door to her boss’ apartment and discovered him with pants open, exposed. Shortly after, she was fired from her job. Unfortunately, Finnigan is not alone. Her experience reflects a broader trend in California’s Capitol. Over 140 female legislators, legislative aides, lobbyists, and staff signed an open letter in October of this year calling out the widespread sexual misconduct in the Capitol. This letter was released following the widespread allegations of sexual assault by Harvey Weinstein, a Hollywood producer. The allegations made against Weinstein felt very familiar, and empowered women in California’s Capitol to speak out about their own experiences. One might not expect this situation in a state that prides itself as a leader in justice and equality. But considering 80 percent of California’s lawmakers are men, those in the Capitol work in a patriarchal environment that does not take sexual assault as seriously as it should. In turn, men misuse their power and threaten or mistreat women without fear of retaliation.

As they attempt to represent their constituents or do their jobs, these women frequently face groping, inappropriate or demeaning comments, and threats. Christina Garcia, a California State Assemblymember, said men commonly make comments about her appearance while she is discussing legislation, and senior lobbyists and lawmakers have grabbed her breasts and butt. Similarly, Pamela Lopez, described an instance when a male lawmaker locked himself in a bathroom stall with her, undid his pants, masturbated in front of her, and asked her to touch him. Yet once he left, she forced herself to remain calm and act as if nothing had happened in order to avoid causing a scene. These men do not show Garcia, Lopez, or any other women in the Capitol the respect they show their male colleagues. And since they are the ones in charge, they believe they can get away with their actions.

Such an imbalance of men in power in California allowed for this situation to arise. Unfortunately, less than 26 percent of California’s legislators are female, and they have increasingly been losing political ground every year. This allows male lobbyists and legislators to threaten women’s positions if they do not remain silent or compliant with the harassment and assault they face. Many express how crucial their relationships with other lobbyists and legislators are for their own careers and success. Yet those positions are overwhelmingly held by men. Men recognize this power and abuse it to get what they want. The men trade sexual favors for legislation or threaten to end political relationships if they do not get their way. Male politicians hold the women’s careers in their hands. In turn, females in California’s Capitol feel forced to comply or remain silent.

Women often refuse to speak out because of fear and shame and due to the lack of viable channels to voice their complaints. Finnigan had taken her grievances with former State Assemblymember Steve Fox to the Assembly Rules Committee, but rather than addressing Fox about the issue, the Committee acted as if she were the one on trial. The internal panels, such as the Assembly Rules Committee, and the rest of the men in the Capitol, force the blame onto the victims. Those who are supposed to be helping the women become hostile and make the accuser “the bad guy.”  To make matters worse, members and house leadership oversee these panels, which generates increased fear of retaliation for the victims. Garcia explains the members of the panels act as if the women are crazy or they were asking for it because they are hypersexualized. However, men are the ones hypersexualizing these women. Due to the imbalance of males in power, men see the women as objects of desire or exploitation. It has nothing to do with the women’s clothes or even their own attitudes. There are also drawbacks to publicly calling out their perpetrators, which makes it harder for women to fight this sexualization. Garcia suggests people will avoid these women’s future events if they are too open about the subject of sexual misconduct. Additionally, women complain they see little results from these panels, as no useful formal pathways exist for women to express their grievances. Thus, victims in the Capitol resort to more discreet options, such as sharing tips with other women. Yet, sharing tips does not prompt structural change. As a result, women in the Capitol feel as if bringing their experiences through internal avenues is unsafe or useless.

However, the tides are changing for women in California’s Capitol. An independent outside law firm is taking over investigations and future complaints to ensure women feel comfortable that filing a complaint will be effective and not prompt retaliation. Additionally, they are sparking change with the letter and their advocacy to get more women into the Capitol. The letter sheds light on how far sexism and sexual misconduct has permeated government culture in California, that women are ready to tackle to widespread abuse and the current complaint protocol, and that women need a larger role in politics. The letter states, “Until more women hold positions of power, our future is literally dependent on men.” Not only would more female lawmakers have a huge impact on sexual assault, it would also create channels for other women’s issues to be addressed. In legislatures and Congress, issues specific to women are far more likely to be brought up by women than men. Men and women have different priorities. The issues women care about likely will go unaddressed by California’s lawmakers, as 80 percent of them are men. Adama Iwu, senior director for state and local government relations at Visa and one of the coordinators of the letter, hopes increasing female representation can stop the abusive culture. She was prompted to bring this to the public’s attention as she recognizes, “Talking among ourselves is not going to move the needle on this issue.” But, as the letter recognizes, the publicity will not be enough either. The letter is the spark that ignited the fire, and now California is fighting for more women in politics to continue fueling the flame.