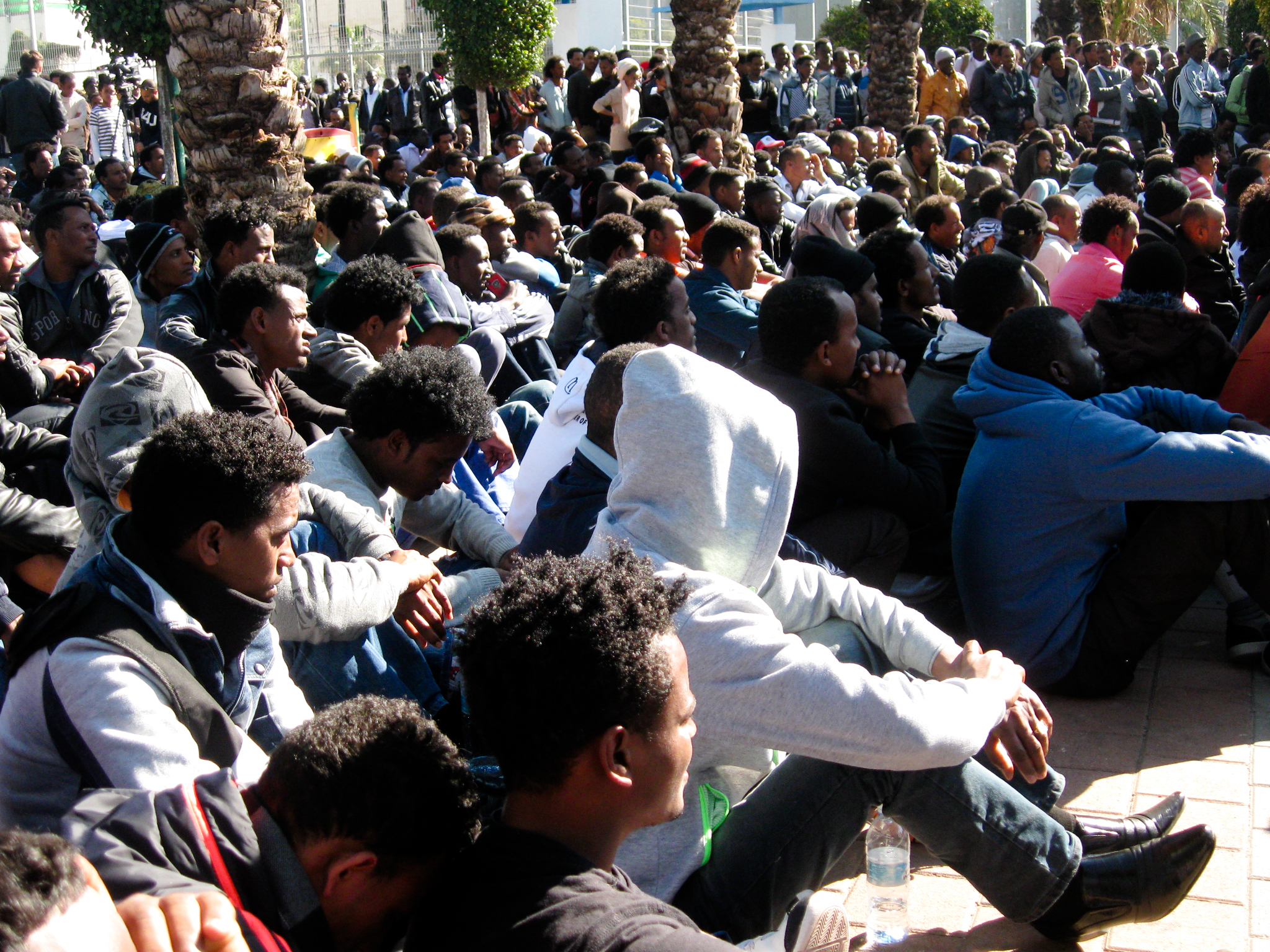 Eritrea is emptying out. Over the last decade, hundreds of thousands of Eritrea’s 4.5 million people have fled the country. This is all the more remarkable considering that Eritrea is not at war. Unlike other migrants from sub-Saharan Africa, Eritreans are not fleeing from armed conflict at home, but from their own government.

Eritrea is a totalitarian country, still under the rule of its original president Isaias Afwerki. The government’s official position to justify its totalitarianism is that war with Ethiopia might reignite at any moment. Eritrea gained independence from Ethiopia in 1991 after a long and bloody war, and other skirmishes between the two nations have broken out in the following years. The most notable feature of Eritrea’s totalitarianism is its draconian national service program, which essentially reduces every Eritrean who is conscripted into the program to the status of serfdom. This national service program is directly responsible for the mass exodus of Eritreans from their own country.

The nature of the national service program is quite harsh. The government has the power to decide where every adult lives and what job they must perform. In practice, this policy often ends up separating families. Often, Eritreans are unable to recognize their own family members when they finally see each other again, as one Eritrean who escaped to Egypt stated: “There are kids who, when they see their fathers for the first time, think they’re a stranger, and react violently, and tell them to go away.” In addition to having their families torn apart, those who are conscripted into the program can expect great economic hardship. Pay is a mere 500 nafkas per month, which is only about $10, not nearly enough to feed oneself or one’s family. Many Eritreans in the program are conscripted into the military, where they are regularly tortured by superior officers and forced to perform degrading tasks. One form of torture described by migrants is referred to as “the eight,” in which the victim’s wrists and ankles are tied together behind their back, and they are then forced to hang in this position for dozens of hours. From losing contact with their families to financial hardships, to outright torture, Eritreans clearly have compelling reasons to leave.

It is important to understand why Eritrea’s national service program has lasted this long. The program, which does not have an official name, was originally meant to last for only eighteen months after Eritrea gained its independence in order to help repair infrastructure and provide some level of national security. However, it soon became clear that the program was going to last for much longer than expected. Afwerki had grown accustomed to total control of the populace.

In 1999, skirmishes with Ethiopia resulted in 45,000 Eritrean casualties. These skirmishes took place in and around the Eritrean town of Badme, which lies on the border with Ethiopia. After a massive military push by Ethiopia called Operation Sunset, which took place from February 23rd to February 26th in 1999, Ethiopia gained control of Badme. This episode gave added legitimacy to the Eritrean government’s claims that continuing the national service was, and would continue to be, necessary to fight off a potential Ethiopian invasion. As long as the government maintains the national service program, it can force as many Eritreans as it wants into military roles.

An additional reason why the national service program remains in place is that journalism is heavily cracked down upon in Eritrea, so dissent is incredibly difficult. Eritrea consistently ranks at the bottom of the Press Freedom Index and has often been called the “most censored” country in the world. Naizghi Kiflu, who was Eritrean Minister of information from 2001 to 2003, once called the press “rodents” and said, “it is not that difficult for the Eritrean government to get rid of rodents.” It is near impossible for the Eritrean people to convince the government to change their stance when there are no domestic media outlets that can publish their grievances.

For those Eritreans who flee their country, the path to Europe is similar to that of other sub-Saharan migrants. The migrants generally travel across the Sahara, through Libya, and then on to Italy in terribly inadequate boats, risking their lives and enduring great hardship along the way. More than half of the 3,000 people who drowned in the Mediterranean in 2017 were Eritrean migrants. Eritreans constitute twelve percent of all refugees in Italy. Germany, the Netherlands, and Sweden also accept large numbers of Eritrean migrants. Ninety percent of Eritrean migrants who apply receive asylum from an EU nation, which is quite high for refugees from sub-Saharan Africa. In fact, Ethiopian migrants sometimes claim to be Eritrean in order to increase their own chances of receiving asylum.

Europe is not the only destination for Eritrean refugees. Some attempt to travel through Egypt to reach Israel. This route is incredibly dangerous, and there is a nasty surprise waiting for those Eritreans who do reach their intended destination, namely that Israel does not even recognize Eritrean asylum claims as legitimate. The Israeli government considers fleeing the Eritrean national service program as “avoidance of military service,” which is not a sufficient asylum claim in Israel. The unlucky Eritrean migrants are then detained and often deported back to Eritrea, or even to seemingly arbitrary African countries such as Rwanda or Uganda. Sabine Haddad, an immigration spokesperson for the Israeli government, stated in 2014: “The growth in the voluntary repatriation of the migrants by three times from 2013 to 2014 proves that the policy is working.” She also claims that Israel has agreements with African countries to relocate those who are denied asylum. However, Rwanda and Uganda have stated that these agreements do not exist.

All of this raises the question of what the international community can do in response to the migrant crisis and conditions inside Eritrea. The United Nations seems to be cracking down on Eritrea, to the extent that it is capable of doing so. A June 2017 UN report stated that the Eritrean government under Afwerki had committed “crimes against humanity” in its treatment of its own people. Additionally, the UN already happens to have sanctions on Eritrea for supposedly supporting al-Qaeda-affiliated attacks in Somalia, and UN refugee policy states that Eritrean asylum claims should be presumed to be legitimate. On the other hand, United States refugee policy currently favors Eritreans fleeing religious discrimination rather than those fleeing the national service program.

One possible long-term solution for both the Eritrean component of the migrant crisis and for conditions inside Eritrea itself would be for the international community to work towards normalizing relations between Eritrea and Ethiopia. Eritrea would then lose its national security justification for continuing the program. At present, Eritrea may appear prepared for war, but the only casualties are its own people.