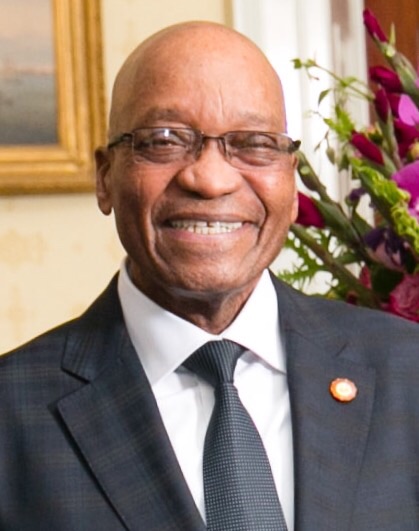 The Crisis of the African National Congress: The Coming Intraparty Conflict

Upon assuming the South African presidency, Nelson Mandela proclaimed, “The time for the healing of the wounds has come.” At the time, South Africans hoped that the end of apartheid would also bring an end to the civil strife that the country had experienced for so long. During the late 1990s and the early 2000s, reality seemed to reflect this hope since South Africa saw a gradual rise in economic growth. Yet, in the last decade, South Africa has spiraled into greater instability in reaction to widespread corruption and regional violence.

With several corruption scandals in President Jacob Zuma’s administration, support for the African National Congress Party has dropped to historic lows. South Africa’s economic growth has declined to 1.6% since Zuma took office in 2009. While President Zuma has agreed to step down from power in 2019, the ANC will decide in December the candidate that will represent it in the 2019 presidential election. The ANC’s decision and voters’ decision in 2019 will impact both South Africa and the region more broadly because South Africa is an important model that other nations look to.

First off, the ANC is considering several candidates to represent it for the South African presidency in 2019. President Zuma backs his ex-wife Nkosazana Dlamini-Zuma, the African Union Commission’s former chairwoman. Dlamini-Zuma has received the backing of the ANC’s women’s league and parts of the ANC’s youth organization. She has demanded “radical economic transformation” to redistribute wealth to South Africa’s black majority. On the other hand, Cyril Ramaphosa, who the country’s labor unions support, has demanded a significant reduction in corruption and broader economic growth. The candidates differ on policy questions concerning the prioritization of economic inequality, economic growth, and corruption.

Indeed, these candidates differ on policy issues in many important ways. Moody’s has reported that absent significant spending cuts, debt to GDP ratio will exceed 60% by 2021. Because of the need to meaningfully address spending, the respective candidates’ willingness to fight against corruption will implicate South Africa’s chance of maintaining fiscal health. Since Ramaphosa appears more likely to fight against corruption, debt reduction would more likely occur if he were president. At the same time, wealth inequality, especially in land, remains despite the promises of the presidents since the end of the apartheid. 10% of the population mostly white possesses 90% of the country’s wealth. Consequently, Ramaphosa’s willingness to engage in wealth redistribution would also lead South Africa on a much different course in terms of inequality.

While either Ramaphosa or Dlamini-Zuma will most likely become the ANC’s candidate, Zweli Mkhize, who policy positions represent a compromise between the other two candidates, has recently received increased support. Like President Zuma, Mkhize, the ANC treasurer, comes from KwaZulu Natal. Mkhize’s chances depend on whether three important provincial bosses, also known as “the Premier League”, who have long aligned with President Zuma, end up also supporting Dlamini-Zuma. Because these provincial bosses worry that Mrs. Dlamini-Zuma divides the country too easily as a candidate, they may eventually move their support from her to Mr. Mkhize. Consequently, Mkhize, a compromise candidate, also complicates the ANC’s decision-making process by creating more uncertainty about who will represent it in the upcoming election.

Moreover, divisions between the ANC’s different factions have already escalated into regional violence. In KwaZulu Natal, since 2016 began, intra-party divisions have resulted in more than forty politically motivated killings. Because KwaZulu Natal contains more ANC party members than any other province, it has transformed into an important battleground for the ANC’s future. On September 12th, a court annulled the results of the provincial ANC leadership election, which had resulted in a victory for a Zuma-aligned faction, for procedural reasons such as flaws with the process of the election. Nqaba Mkwanazi, an ANC councillor from Pongola, thinks that the December party conference to determine the party’s candidate for president likely will lead to even more political violence.

Indeed, alternative parties’ recent successes reveal the ANC’s potential future problems. Last year, the Democratic Alliance and the Economic Freedom Fighters, the ANC’s two main challengers, agreed to a deal to run Pretoria, the capital, and Johannesburg, an important economic center. Former prominent political figures have predicted a transition to a more competitive political system. F.W. de Klerk, the former South African president who presided over apartheid’s end, stated that the ANC “will split because you have in the same party true red communists, you have people committed to free enterprise, you have people with totally different ideological and policy principles in which they believe.” Because the current ANC cannot represent South African society in its entirety, South Africa’s party system likely will increase its competitiveness by allowing for the development of more diverse parties.

Indeed, the strength of South African democracy implicates democracy in other African states. Because South Africa alone of African countries possesses membership in the BRICs and the G20, it exerts greater global and regional influence than other African countries do. Professor Ogunnubi of the University of Zululand in South Africa and Professor Amao of the University of Otago in New Zealand note: “South Africa’s soft power profile dwarfs that of regional contenders,” which means that it exerts superior influence over regional politics. This leadership position originated during the Presidency of Nelson Mandela, who “made numerous foreign trips abroad to garner international support,” and solidified in the Thabo Mbeki’s Presidency, who had South Africa stand firmly in support of peace and democracy. But, with the recent decline in the strength of South Africa’s democracy, exerting such pro-democracy influence has become more difficult.

Similarly, the example of anti-gay legislation supports South Africa’s regional influence. Because the South African constitution prohibits discrimination on the basis of “sexual orientation,” on balance, South Africa has long minimized the homophobia that is prevalent in other African countries. Pierre De Vos, a law professor at the University of Cape Town, notes that South Africa can challenge the African anti-gay movement by providing an alternative to such repression. This example illustrates that South Africa has the ability to take a stand in support of or in opposition to anti-democratic and illiberal norms in the region. Therefore, South African democracy’s strength affects South Africa’s ability to remain a democratic model for the region.

Overall, South Africa’s political parties and people have recently begun preparing for the momentous 2019 presidential election. While the ANC bloodily decides what candidate will represent it, alternative parties move to consolidate power in several cities. Because South Africa exerts great influence throughout Africa, the decline of South African democracy will affect the strength of democracy in the region. Regardless of who wins the 2019 election, the decision will certainly impact people’s lives both in South Africa and throughout the region.