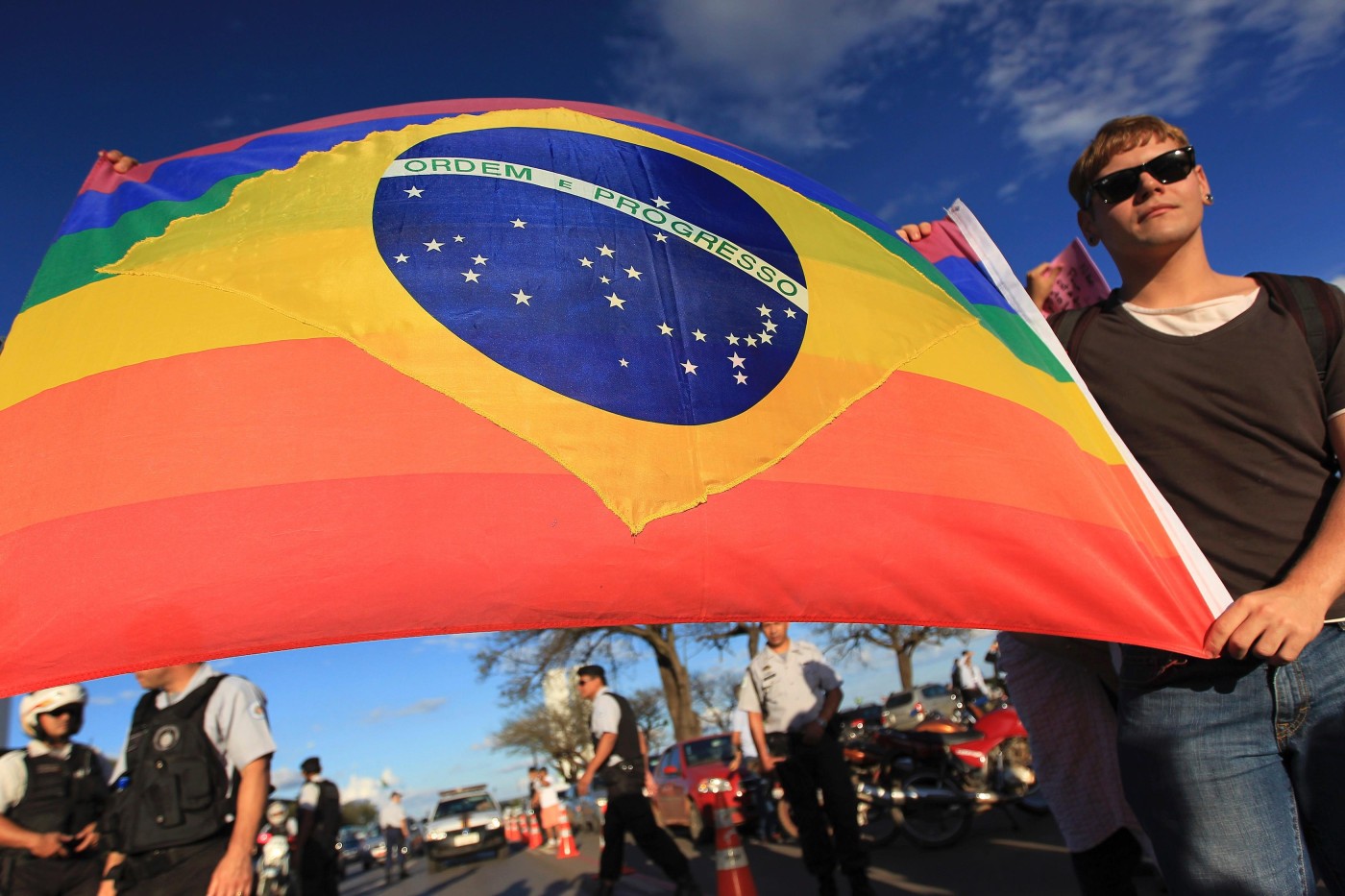 Red Threatens the Rainbow: the Legalization of Gay Conversion in Brazil

Vibrant flags shot through with glitter, bass-pumped music echoing through the street, flamboyant outfits, public displays of affection, lots of smiles – these are all things ubiquitous at Pride Parades all over the world. Nowhere is the Pride party bigger or better than in Sao Paulo, Brazil, which holds the record for hosting the largest Pride celebrations in the world, with over three million taking part annually. However, despite Brazil’s seemingly pluralistic attitude towards homosexuality, it is facing rising numbers of hate crimes and intolerance against  its LGBTQ+ community; according to Grupo Gay de Bahia, a nongovernmental watchdog organization, 44% of of the world’s anti-LGBTQ+ violence in 2013 occurred in Brazil. Many blame the increasing political power of evangelical groups in Brazil, frequently referred to as the largest Catholic country in the world. While it cannot be proven that conservative groups have had an effect on Brazilian culture, their effects in politics and legislation are evident.

The re-legalization of gay conversion therapy is a clear example of the political influence religious conservatives hold. Gay conversion therapy refers to the process that attempts to change an individual’s sexual orientation from homosexual to heterosexual. The practice, deemed “wholly unethical” by the World Psychiatric Association, was banned by Brazil’s Federal Council of Psychology (FCP) in 1999. However, on September 15th, 2017, federal judge Waldemar de Carvalho overruled the decision, after an evangelical Christian psychologist, Rozangela Justino, sued for the right to use conversion therapy methods on her patients. With this ruling, Justino, who claimed in 2009 that homosexuality is a disease, effectively gains the right to subject Brazilians to unregulated “correction” methods.

Many have spoken out against the ruling, including politicians, the FCP, and Brazilian pop stars. David Miranda, a leftist openly gay politician, told The Guardian, “this decision is a big regression to the progressive conquests that the LBGT community has had in recent decades. Like various countries in the world, Brazil is suffering a conservative wave.” Despite the backlash, de Carvalho has been applauded by the conservatives Miranda mentions, right-wing and religious groups in the country which have grown in power and size in recent years, a process that began with Protestant evangelicals earning “political acknowledgement” in the constitutional revision of 1986. Since then, through the use of popular media and grassroots organization, small Protestant churches have been gaining influence in city and regional governments, while religious conservatives have helped elect legislators to Brasilia. One such legislator is Rio de Janeiro’s evangelical Mayor Marcelo Crivella, formerly a bishop of a megachurch. He has previously spoken out against homosexuality, denouncing it as a “sickness”, and, upon entering office, withdrew funds from Copacabana’s Pride Parade. Evangelicals in power, like Crivella, often espouse a platform of “traditional values” – one that denounces members of the LGBTQ+ community as part of a “moral decay” in the general populace. Many in the conservative parties have blamed Brazil’s economic troubles (high unemployment, low GDP) on the moral decay they claim to see in society and have argued that increasing conservatism in government is necessary to protect their way of life.

The rise of conservatism may also be the result of growing distrust of the Workers’ Party (PT), which, with its left-wing platform, has dominated Brazilian politics for decades. The PT has been in power since 2003, thanks to the overwhelming public support for the party’s founder Luiz Inácio Lula da Silva (“Lula”). However, the recent impeachment of former president Dilma Rousseff and the corruption charges brought against da Silva have crushed its public standing; only 33% of Brazilians hold a favorable view of Rousseff, even though she enjoyed significant public support in her early presidency. The new president, Michel Temer of the Democratic Movement Party (PMDB), is a right wing centrist who has vowed to alter many of the reforms made by the Workers’ Party since 2003, leading to fears that more restrictions on LGBTQ+ rights are coming.

Historically, Brazil has been lauded as one of the most welcoming countries in South America for members of the LGBTQ+ community. Homosexual couples have the right to adopt children, discrimination of any kind on the basis of sexuality is banned, and same-sex marriage was legalized in 2011, one of the earliest such decisions in South America. The Brazilian executive branch, under Lula de Silva, granted many other rights to members of the LGBTQ+ community: income tax and health benefits, separate spaces in prisons, and the recognition of same-sex marriages for immigration purposes.

However, paradoxically, Brazil is a dangerous place for members of the LGBTQ+ community. According to Grupo Gay de Bahia, a nongovernmental watchdog organization, 44% of of the world’s anti-LGBTQ+ violence occurred in Brazil in 2013, with 292 reported homicides reported. Since then, the situation has only become worse; in 2016, 343 murders were recorded. Many fear that the situation will only get worse, that the new party in power will cast aside LGBTQ+ rights as part of a “leftist agenda” and pave the way for more unjust rulings like the legalization of conversion therapy. These fears are not unfounded; a similar phenomenon has occurred in the United States with the election of Donald Trump. After eight years, religious conservatives regained power and immediately overturned Obama-era laws designed to protect LGBTQ+ rights, such as the transgender bathroom decision. The Trump administration has also challenged longer-standing laws, such as those that allow transgender people to serve in the military. While some argue that there is no cause for concern, fears of rising intolerance in Brazil based on its ruling party are, unfortunately, valid.

The rise of Trump in the United States and Temer in Brazil reflect the consequences of politically-conservative populism. People are increasingly disillusioned with the status quo and seek scapegoats to blame for economic struggles and political hardships. Marginalized groups, like the LGBTQ+ community, are an easy target, as these groups have historically been used as scapegoats by right-wing activists on the basis that their normalization is a sign of moral decay in society. Countries like the United States and Brazil, both of which pride themselves on their personal freedoms and civil liberties, should create institutional safeguards for their citizens which are valid independent of the political orientations of the party in power. Only then can members of the LGBTQ+ community feel safe in their home countries.