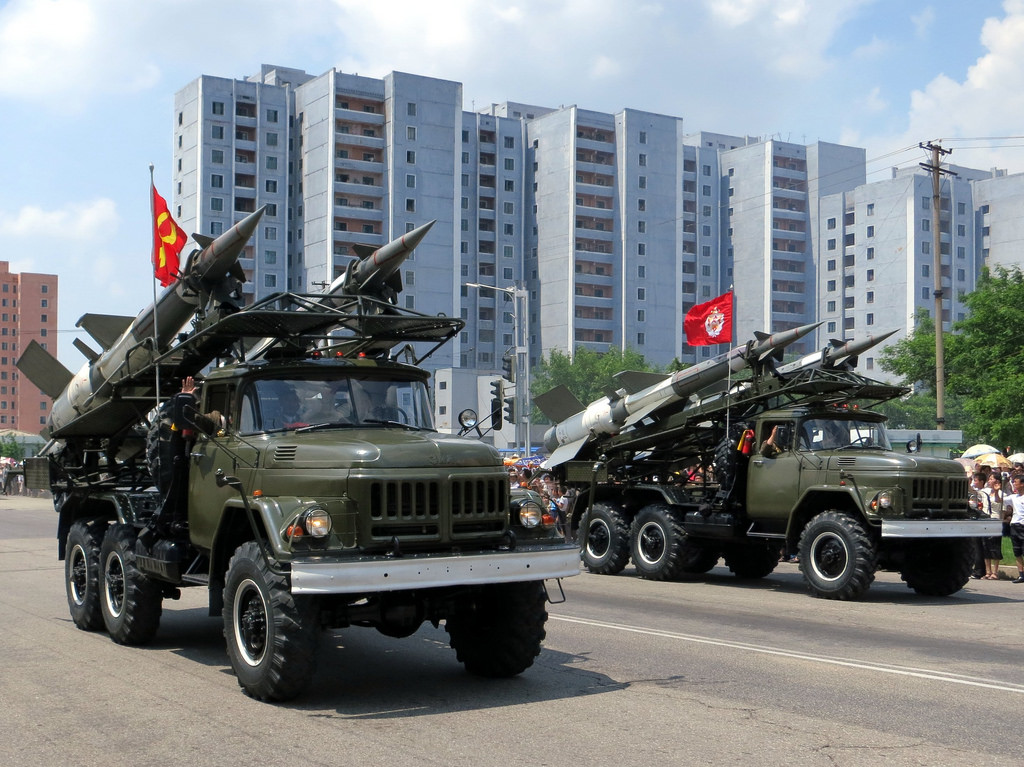 Whose Allies Are They, Anyway? : North Korea’s Illicit Trade and the Role of China

North Korea. The world’s least free society, behind the world’s most militarized border, with the world’s most threatening nuclear weapons program. Despite a fanatical ideology of self-reliance, juche,  Pyongyang maintains selective contacts with the outside world. These contacts are primarily aimed at maintaining the stability of the North Korean economy, and they have generally been successful. Sanctions have complicated the regime’s task, but it has survived by maintaining links to legitimate and illicit international markets.

Before the latest sanctions, North Korea’s legal trade was dominated by exports of iron ore, coal, and its other mineral resources, and the import of oil, natural gas, and foodstuffs. There was minimal local capital to drive the mining industry, so joint ventures, principally with Chinese companies, were extremely common. In order to obtain foreign currency, the government had several long-running guest worker programs in China, and even one that provided South Korean manufacturers with industrial workers.  In the past, sanctions on the legal parts of the North Korean economy focused on constraining the regime’s access to foreign currency and its trade in luxury goods. But after March of last year, the UN moved to clamp down on all of the North’s major economic sectors. The new sanctions tightened limits on the mineral trade and eventually shut down joint economic ventures and guest worker programs. Oil imports were allowed at a reduced rate, after China objected to a full ban. With these new measures, North Korea has become, on paper, almost completely isolated from international trade. However, the sanctions regime is imperfect. Enforcement has lagged, and China is still only partially cooperative.

Sanctions against arms deals with North Korea were among the first to go into effect, beginning in 2006. Even before that, there were few countries willing to pursue them—the North’s main source of arms was China, with occasional deals with Cuba, Libya, and other isolated regimes. Sanctions changed the dynamics of trade, but did not come close to eliminating it. Indeed, in some respects they made it more profitable. Due to its isolation, the North has developed advanced capabilities for repairing, copying, and improving on the antiquated Soviet and Chinese equipment that makes up much of its arsenal. These capabilities are desirable to states that have similar arsenals but lack the capability to maintain them properly. So while the regime is no longer able to purchase from China, it has established ties with a veritable rogues’ gallery of pariah states. Arms deals with Iran, Cuba, Syria, Yemen, Egypt, Azerbaijan, and the DRC are documented, and there are surely more countries whose involvement has not yet been uncovered. It is no coincidence that most of these trading partners are rogue states or internally unstable. North Korea trades mainly with states that have nowhere else to turn, and sanctions do not always dissuade the desperate. The continued illicit arms trade drives civil conflict and terrorism, keeping the world’s worst regimes afloat. In addition, arms smuggling has been critical in enabling the North’s to acquire military technologies and equipment from abroad, including a suspected purchase of rocket engines from a factory in Ukraine, thought to be critical to recent improvements in missile technology.

The means used to keep the arms trade running in the face of enhanced UN efforts to stop it are also the ones used to maintain exports of minerals and other restricted goods. The North maintains an extensive network of front companies in neighboring countries and around the world, which manage illicit trade and allow continued access to the international financial system. Old-fashioned smuggling is also important – techniques like hiding arms under a thin layer of bulky, legitimate goods are as old as maritime trade itself, and the countries enforcing the blockade have shown only a limited ability to counter them.

While circumvention and evasion of restrictions is a predictable problem with every sanctions regime, China is an unpredictable factor. They have the potential to be a valuable ally in sanctions efforts, but also the potential to render sanctions ineffective by giving the Kim regime economic support and access to the outside world. The continued trade in North Korean coal is a perfect example. After the UN put limits on coal exports, China declared intentions to comply and indeed remained well within the limits. In February of this year, China announced that it would be ending coal imports from the North totally, but after new sanctions on coal were announced in August, it suddenly began making large purchases before the deadline. China’s diplomatic tack has likewise varied between close backing of the North’s positions, such as strong condemnation of US-ROK military exercises, to equally strong condemnation of the North’s nuclear and missile programs. There appears to be gradual movement towards the US and ROK negotiating positions and away from support for the North, but criticisms of China for being insufficiently devoted to sanctions enforcement are partially deserved.

China’s border with North Korea remains porous, and while this allows defectors to escape, it also allows sizable illicit trade to go on under the nose of Chinese authorities. China has also refused to adopt blockade measures against the North, severely hampering enforcement of sanctions on maritime trade and making deceptive measures such as the use of foreign-flagged vessels far more effective. The Chinese government has also lagged in closing down front companies and isolating the North from financial markets. China is by far the most common location for front businesses, on account of its proximity and economic ties, and it should be more than capable of shutting down these businesses and blocking access to international finance, given its unprecedented degree of societal control. While this foot-dragging has earned strong condemnation, it is ultimately in China’s interests.

While the CCP wishes to avoid a war on the peninsula, they also wish to avoid the collapse of the North Korean state, and total economic isolation poses a significant risk. The utmost priority is to maintain the North as a buffer state, since a unified Korea under the leadership of the South would mean American troops on the Chinese border. In light of that goal, it is not surprising that China has blocked any UN action that poses a real risk of destabilizing the Kim regime.  However, China no longer sells military equipment to the North, and has not used its power as a Security Council member to totally block sanctions. While it cannot allow the North to disintegrate, it also cannot allow it to become strong enough that South Korea, the United States, and Japan decide to eliminate the threat. High tensions along the 38th parallel increase the risk of miscalculation, which would be catastrophic for China’s security and North Korea’s existence. They also spur remilitarization of US allies in the region and expansion of US deployments, both threatening to China’s regional hegemony. The situation may become permanently threatening if the political climate in Japan and South Korea shifts towards higher military spending and greater willingness to use it. China’s overall policy on the North is determined by these two considerations, and the shift towards cooperation with the international sanctions regime seems to be driven by fears that the recent escalation in rhetoric could lead to severe consequences.

Given the complexity of the situation, what, if anything, can be done to exert more pressure on the North? China is highly unlikely to be responsive to any form of coercion. Trump administration officials have been incredibly vocal in their condemnations of Chinese intransigence in sanctions enforcement, but the Chinese government is highly unlikely to make policy changes if it might be perceived as responding to international pressure. It is a matter of pride, nationalism, and the construction of the United States as geopolitical enemy No. 1. Thus public naming and shaming might in fact hinder cooperation with the Chinese; working on an informal level is more likely to produce results. The US could also impose unilateral sanctions where appropriate. If progress on targeted financial sanctions is not forthcoming through the UN, unilateral action would be particularly suitable; no major financial institution would take lightly the threat of isolation from the American market. However, these methods might still require cooperation from China to monitor the North’s business dealings. Aside from these, the only other practical methods are to continue the long diplomatic slog in the United Nations, to remain committed to diplomacy on the peninsula, and above all, to find a solution that avoids war.