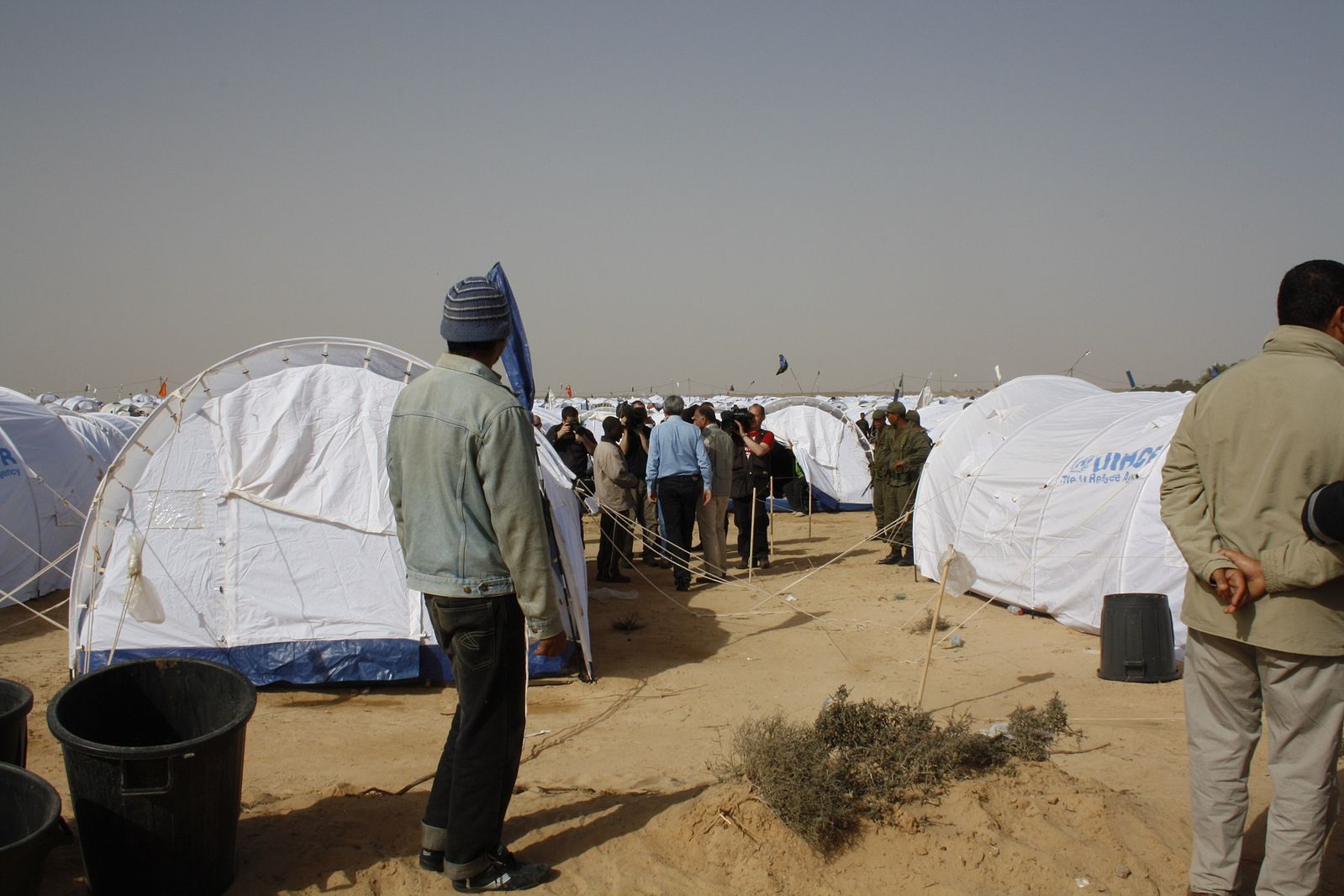 Kalilu Drammeh, an 18-year-old Gambian Muslim, was not welcome in Libya. His skin color distinguished him from the Libyan population, as well as from the Arab and Berber refugees from elsewhere in the Middle East and North Africa. On his journey to the Mediterranean, smugglers singled him out for verbal and physical abuse. In Libya, members of his own faith, including children, would rebuff his attempts to pray in their general vicinity. Marked by his black skin, Drammeh became an exile among exiles.

Drammeh’s story is not unusual. Hundreds of thousands of sub-Saharan African migrants cross the Mediterranean to reach Europe every year. On the way, many of these migrants must pass through Libya, a country with a particularly poor track record in its treatment of sub-Saharan migrants. Racism towards black Africans is much stronger in Libya than it is in other North African countries. This prejudice towards blacks in Libya makes it incredibly difficult for them to reach Europe safely.

Current Libyan attitudes towards sub-Saharan Africans are the result of a series of recent historical events unique to Libya. In the 1970’s, sub-Saharan Africans first started arriving in Libya in large numbers to work in construction and oil. In the 1990’s, Libyan leader Muammar Gaddafi, driven by notions of pan-Africanism, further opened up immigration to sub-Saharans and intentionally enacted policies to make the country very appealing to migrants. Naturally, a massive wave of migration soon followed. In 2000, violent clashes between Libyan and sub-Saharan laborers broke out over competition for jobs. Gaddafi responded by completely abandoning his welcoming stance towards sub-Saharans. Gaddafi’s government detained blacks in abysmal conditions, carried out a large number of deportations, and enacted a stronger border enforcement policy. The labor clashes, combined with Gaddafi’s harsh policies, galvanized Libyan public opinion against blacks.  Seventeen years later, the Arab population of Libya still maintains this attitude towards blacks, as evidenced by the treatment that migrants such as Kalilu Drammeh receive.

Racism towards black Africans impedes migration in a variety of ways. According to a UNICEF report on African migration through North Africa into Europe, 75% of black male adolescent migrants on the Central Mediterranean route through Libya become victims of exploitation by smugglers, employers, or others. By comparison, only 38% of non-black adolescent males are exploited. Additionally, smugglers routinely charge blacks more than non-blacks for the trip because it is harder to transport them through Libya. This is because blacks and those transporting them are often detained by the government authorities, and sometimes by non-state actors such as the various militias that control large swaths of Libyan territory. It is also common for West African women taking the Central Mediterranean route to be coerced into prostitution by their smugglers. As if that were not enough, some sub-Saharan migrants have been outright enslaved by their smugglers or employers in Libya.

All of this adds up to a dire situation that raises the question of what, if anything, the international community can do to ameliorate this humanitarian problem. One solution would be to simply let the migrants into Europe. In theory, this solution might be possible. However, as the situation stands at the moment, it is highly unlikely that European countries would be willing to open their borders. Most of the policies that have been proposed or enacted by European countries in response to migration from sub-Saharan Africa involve increasing border security in order to convince migrants that Europe will not welcome them. For instance, Spain built a fence blocking entry to its North African exclave of Ceuta and installed a radar system intended to intercept migrants near the Canary Islands and the southern part of mainland Spain. The European Union’s border control agency Frontex has stated that Italy, Malta, and Greece could coordinate their patrols from the island of Lampedusa all the way down to the North African coast. Additional proposals by European countries include the dissuasion of migration by means of coordinated information campaigns in sub-Saharan Africa. The only feasible suggestion that assumes that blacks will eventually settle in Europe comes from the United Nations High Commissioner for Refugees (UNHCR), which wants to encourage black migrants to avoid Libya and instead to travel through other North African countries.

A different idea proposed by Spain and Morocco for curbing migration has been dubbed the “Marshall Plan for Africa.” The theory behind this plan is that if European and North African countries can ameliorate poverty in sub-Saharan Africa by investing in its economic development, there will be no more reason for sub-Saharan Africans to want to go to Europe. Most NGO responses to the plight of black migrants in Libya boil down to “aid and trade” with the aim of helping sub-Saharan Africa develop economically. This is essentially the same as Spain and Morocco’s plan to curb migration rather than help the migrants reach Europe. These ideas certainly seem benevolent in comparison to propaganda campaigns and sealing borders shut. However, they gloss over a huge part of the humanitarian crisis, namely the throngs of migrants currently in Libya who have already left their home countries and may not have a home to return to. Notably absent from these plans are any suggestions to improve conditions within Libya itself. This is perfectly understandable due to the ongoing conflicts between the government and the various militias, which make it incredibly difficult to ensure that humanitarian aid reaches its intended recipients.

None of the major actors in the Mediterranean seem all that interested in helping more sub-Saharan Africans reach Europe, and the solutions proposed by European countries leave current migrants unaccounted for. As a result, blacks unlucky enough to find themselves in Libya are all but doomed to a life of abuse, exploitation, prostitution, and possibly even enslavement. As it turned out, Kalilu Drammeh, the Gambian migrant mentioned at the beginning of this article, made it to Italy safely. Others are not so fortunate.