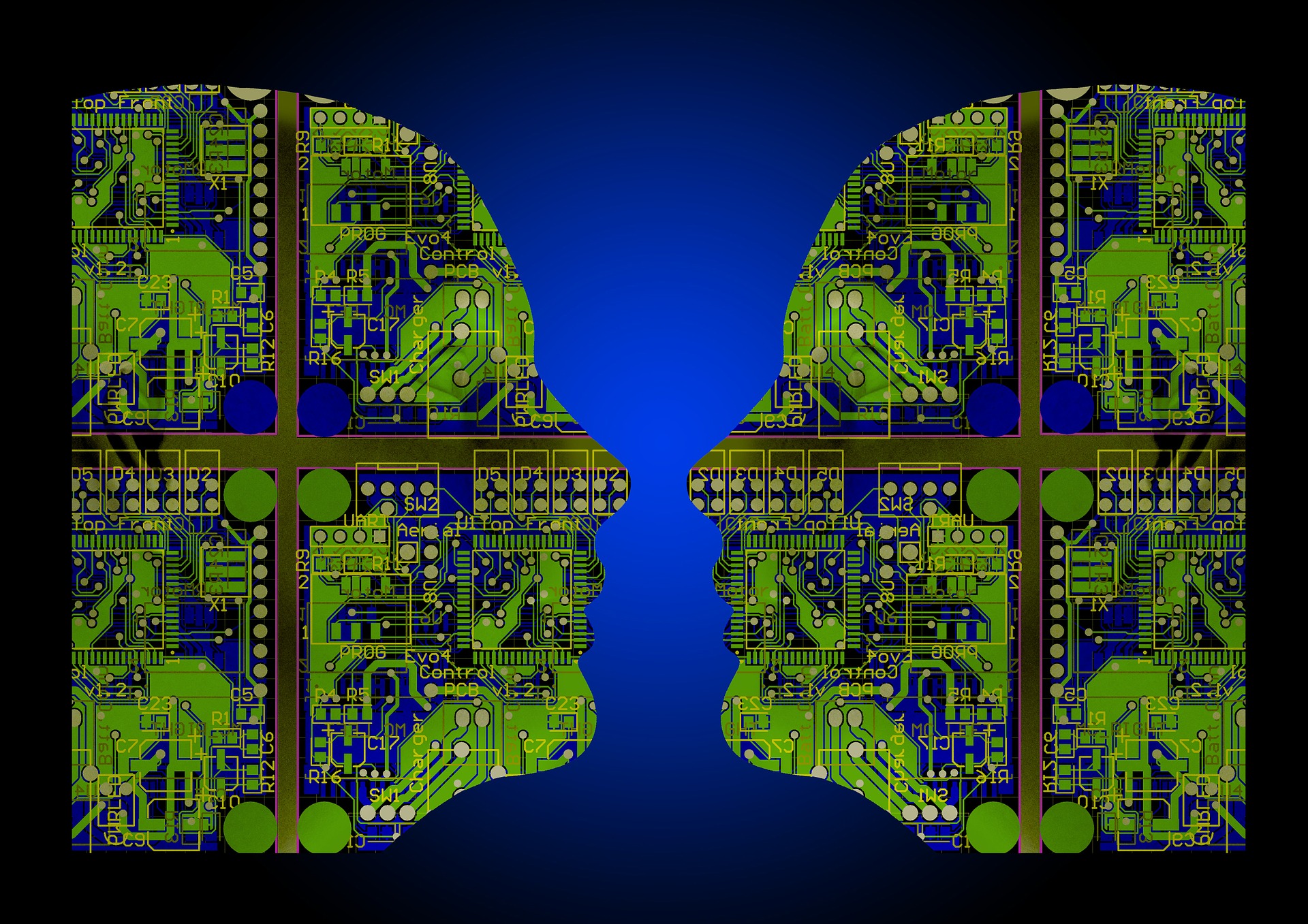 “Artificial intelligence” (AI) is sometimes jokingly used to label tasks that computers cannot yet do. Among these is possessing a sense of humor, which “requires self-awareness, spontaneity, linguistic sophistication, and empathy,” and extends beyond the wonky errors of Google Translate and auto-generated YouTube captions. However, in spite of its apparent shortcomings, AI has silently yet substantially evolved within the last decade. Klaus Schwab, founder of the World Economic Forum, writes in his book, The Fourth Industrial Revolution, that AI is at the core of a revolution that will vastly increase human technological capabilities. Commonly defined as “intelligent machines capable of computational procedures to achieve goals or perform tasks that normally require human intelligence”, AI has come to dominate aspects of daily life and has drastically raised the standard of living for human populations around the world via developments such as mobile supercomputing, virtual assistance (Apple’s Siri or Microsoft’s Cortana), maps with real-time navigation, facial recognition software, self-driving cars and drones, and others. Despite the conveniences of AI, however, this Fourth Industrial Revolution will cause economic upheaval exceeding that of previous Industrial Revolutions and will prompt drastic societal change.

In general, all industrial revolutions thus far have resulted in transformed labor markets, increased division of labor, and specializations of function.The First Industrial Revolution, starting in 18th century Britain and later extending to Continental Europe, involved assembly line factories powered by steam. The Second Industrial Revolution occurred in the 19th century and involved greater mechanization of labor, increased mass production, and the use of electricity. What is considered the Third Industrial Revolution occurred toward the end of the 20th century and involved yet more mass production and specialization, as well as the beginnings of digitization and automation. Industrial revolutions have, in the past, tended to replace old jobs with numerous new ones, while increasing supply, income, living standards, wealth, and urbanization.

Many fear, however, that while the Fourth Industrial Revolution will repeat some patterns of old, such as rendering old jobs obsolete and increasing the efficiency of production, the advent of AI may not create new jobs to replace old ones lost. The McKinsey Global Institute predicts that about half of all jobs that people are currently paid to do could be lost before 2055. Many of these jobs are service jobs; research provided by the UK Parliament’s House of Commons Library suggests that an estimated 47% of jobs the US have a “high probability” of becoming automated; “the World Bank estimates 7.1 million mostly service sector jobs could be lost to ‘disruptive labor market changes’ between 2015 and 2020”; the Bank of England projects that about half of the U.K.’s total service jobs can be lost because of AI. Even non-service jobs, such as white-collar data analysts, accountants, legal workers, technical writers, and medical professionals, are at risk of being replaced. Some argue that highly technical jobs that require high levels of education, such as surgeons, may be preserved, but in time even these jobs may be replaced by AI, which has the potential to automate and replace any job that can be broken down into routines; in time, even complicated tasks such as analyzing medical scans and applying the proper procedure could be routinized and done by machines.

There may come a time when current economic infrastructures are rendered obsolete, with the concepts of jobs, taxation, income, and the like becoming completely null and void, but economists predict that Fourth Industrial Revolution will not bring about the destruction of such institutions. Indeed, much like previous industrial revolutions, the Fourth Industrial Revolution may undermine many contemporary jobs, but there will likely be many more jobs, some currently beyond our ability to predict. Certainly, though, the jobs of the future will bring challenges of their own due to their sporadic nature and the various skillsets they will demand.

In previous industrial revolutions, education was the saving grace that allowed people to keep pace with technological growth. But today’s educational systems are laughably outdated. Given the technological nature of the Fourth Industrial Revolution, there will be huge demand for workers that possess knowledge and skillsets in STEM – science, technology, engineering, and mathematics. However, proper STEM training is primarily taught in post-secondary education. Moreover, many jobs in STEM are beginning to require advanced degrees. Without change, substantial economic inequality will be an inevitable consequence of the Fourth Industrial Revolution, as post-secondary education is largely accessible to those who can afford it. Also, as AI develops, requisites for jobs will undoubtedly become steeper. Whereas a high school diploma was enough for economic security during the mid 1900s, it is predicted that postsecondary education will be required for 65% of all jobs by 2020. Masters degrees are becoming more prominent requisites as well, and many companies working with AI require PhD’s for their research positions. With its current trajectory, this trend of degree inflation will no doubt exacerbate inequality.

Governments around the world must consider reconstructing their public education systems and passing policy to induce cultural change to accommodate for technological change. Consider Germany’s dual education system, which couples a regular education system with vocational training. While still in high school, students are able to enroll in training programs provided by companies and subsequently join the workforce after graduation – university is not necessarily a requirement for holding a job. Education systems around the world should be changed to provide the necessary skills for being both a good citizen and a part of the workforce without necessitating higher education. That said, higher education will still be a requisite for many jobs given their sheer complexity. To reduce the problem of inequality, governments should provide tuition-free higher level education, such as free community college. Governments should accompany these changes with incentives for businesses to take students that are non-collegiate in order to stimulate change in culture so that jobs do not needlessly bar qualified, non-BA holders from obtaining jobs.

Less developed countries, however, will likely struggle with the changes brought about by the Fourth Industrial Revolution. They are heavily reliant on vulnerable service and manufacturing jobs; as such, they are susceptible to instability due to job-loss. For instance, the International Labor Organization predicts that more than half of Southeast Asian workers are at high risk of losing their jobs. With shoddy infrastructures, relatively weak economies, and comparatively undeveloped education systems, these countries will be unable to compete with developed countries in A.I. development and unable to accommodate their citizens with jobs of the future. Workarounds may include new economic or diplomatic arrangements between countries that can supply A.I. technologies and countries that are ill-equipped to implement the societal changes that must occur in the face of the Fourth Revolution. Regardless, throughout the Fourth Industrial Revolution economic inequality will perhaps be one of the largest global challenges governments will have to face.

Artificial intelligence is no longer merely inadequate attempts at language translation. In fact, A.I. has recently reached human parity in speech recognition, a testament to the drastic and rapid growth of technology that will shake the world. To prepare and survive, governments must not only revamp domestic policies that affect education and businesses, but also cooperate to maximize stability as the Fourth Industrial Revolution transforms the globe more swiftly and massively than prior industrial revolutions have. Although the development of AI might seem silent in the background, localized to tech giants in Silicon Valley, its implications are far-reaching.