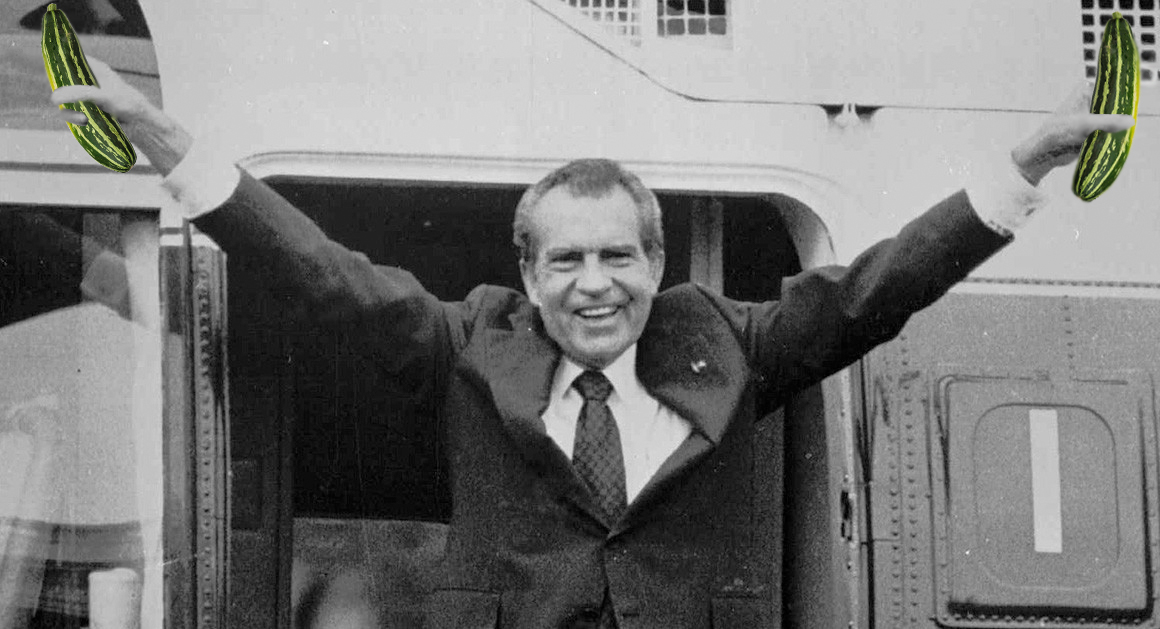 Standing at the podium in front of the mayor and eight City Councilmembers, cameras zooming in, lights blurring, voices fading to a dull murmur in the background, one citizen was brave enough to brandish an anti-housing weapon no one had ever thought to wield: a zucchini. At the Berkeley City Council meeting on the night of June 13th, after over four hours of arduous debate, one citizen courageously shook a zucchini from the public comment podium where so many other advocates and activists had once stood. If a two-story house were built next to her residence, it would cast a shadow on her garden, preventing the life of countless garden vegetables just like the one in her hand. In the great zucchini versus housing debate of 2017, City Council sided with the zucchini.

City Council’s decision to remand the two-story housing proposal for 2212 Tenth Street to the Zoning Adjustments Board ignited a slew of condemnatory responses from citizens and national publications alike. Kevin Burke, a web developer, sent a letter to all of City Council, stating that he would, “much rather have a zucchini garden crisis than a housing crisis.” Henry Grabar wrote an article for Mother Jones claiming that Berkeley was “too busy arguing about zucchini” to tackle real issues like climate change. But Berkeley’s complex relationship with housing development began long before Zucchini-gate. From ignoring state housing mandates to resisting lawsuit-after-lawsuit, Berkeley City Council has made one thing very clear: housing developers should look elsewhere.

Berkeley has become a focal point in the debate of how to solve California’s housing crisis. While some residents push to maintain Berkeley’s medium-density history, others call for increases in development to alleviate the housing shortage. Much of the drama began in March of 2016 when the Zoning Adjustment Board approved a project that would replace a single family home with three two-story homes on Haskell Street. The proposed project incensed the neighbors, who worried about the project’s impact on traffic and parking. Protesters displayed signs declaring the need to “Protect Open Space,” and outrage gripped City Council. Facing significant constituent protest if the project progressed, City Council denied the renovation in a 5-2 decision.

In response to the denial of the project, San Francisco Bay Area Renters’ Federation (SFBARF) sued the city, and California Renters Legal Advocacy and Education Fund (CaRLA) threatened to join the legal circus. The problem, cited by both organizations, was that the city had failed to follow California’s Housing Accountability Act (HAA), which mandates that a city can only deny a housing project if that project violates “objective general plan and zoning standards and criteria.” The city failed to provide evidence of how the Haskell Street proposal would violate any such standards.

As a means of bypassing the HAA, Mayor Jesse Arreguin and Councilmember Sophie Hahn decided to enhance Berkeley’s health, safety, and design standards to reject the project. Their item included four key provisions:

This item passed, with only Councilmembers Lori Droste and Ben Bartlett opposing it. The aim of the measure was to maintain “local land-use discretion,” where the city could unilaterally make housing proposal decisions without facing state intervention under the HAA. The item’s inclusion of shadow quantification would make it legally possible for the City of Berkeley to put the needs of zucchini gardens ahead of people’s needs for increased housing units.

Beyond the quantification of shadows, it’s important to note that Berkeley already has public health and safety standards for buildings and already has the Zoning Adjustment Board and Design Review Board to ensure that projects support the maintenance of Berkeley as a beautiful, livable city. The template that Mayor Arreguin and Councilmember Hahn created would require a substantial amount of additional costs and staff time. Moreover, Berkeley’s action could set a precedent for other cities to create their own templates to bypass the HAA.

One month before, on June 13th, Berkeley City Council voted to raise registration fees and requirements on all new housing developments. The revenue from such fees will be funneled into the construction of new affordable units that will support low-income residents. At its surface, this ordinance appears to be a paragon of inclusionary zoning, whereby the construction of market-rate housing for middle-and-upper class consumers will also generate the creation of affordable units. This is precisely the kind of progressive politicking that government officials love to slap on their resumes, even if the idea works better on paper than in implementation. The ordinance actually raises the cost of housing development far above that of neighboring cities. Developers are thereby incentivized to build housing elsewhere, meaning that fewer market-rate units will be constructed and far less money will be channeled into affordable housing.

In a joint letter, Councilperson Lori Droste, Carol Galante (the former Assistant Secretary of Housing under President Obama), Karen Chapple (founder of the Urban Displacement Project), and other city leaders penned a joint letter opposing the increase of fees on housing development without a feasibility study. They argued that the fees were over six times the current amount of West Oakland’s multi-family housing fees, and cited a 2016 study from the California Legislative Analyst’s Office which found evidence showing that increasing market-rate housing reduced housings costs for low-income individuals. The study asserts that widely increasing affordable housing programs generates prohibitive housing costs for cities, and instead, cities should target populations with specialized needs — such as communities of homeless individuals or people with different physical and mental abilities.The increase in registration fees and requirements imposes cumbersome prohibitive costs for developers, leaving Berkeley residents floundering and scrounging for the few existing housing units.

How do Haskell Street, the circumnavigation of the HAA, and the increase in fees and requirements intersect? With City Council’s track record on housing, from Haskell Street to circumnavigating the HAA to increasing fees and requirements, developers got the message, loud and clear: look elsewhere. The City’s prohibitive measures and costs not-so-subtly target the construction of new housing units during a housing shortage. Despite Berkeley’s improving economy, housing development has shown signs of slowing, as Berkeley’s Office of Economic Development highlighted in their September report. Although Berkeley City Council has belabored the need for affordable housing, its actions indicate that it has stronger incentives to capitulate to neighbors who want to maintain Berkeley’s medium-density history.

Berkeley City Council represents a larger, structural issue within California politics. Local municipalities have extensive authority over housing that cities can interpret as permission to deny housing projects for aesthetic and ideological reasons. The scale has been tipped disproportionately toward city discretion, leaving the state and developers floundering for a voice. Whether or not increasing development is the answer to the housing crisis, the current practice of denying housing for superficial reasons during a housing shortage certainly seems politically paradoxical. As the housing affordability crisis continues, Berkeley City Council must decide if its role is to protect zucchini gardens or assuage the affordable housing crisis.