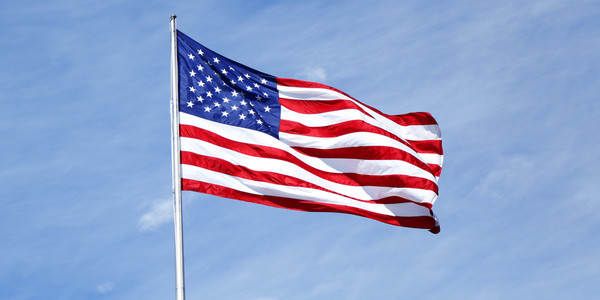 Racism Today versus Racism after 9/11

After the September 11 attacks in New York, the level of hate crimes against people who appeared Middle Eastern, Arab, or Muslim rose to extremely high levels. According to FBI data, there were 93 reports of anti-Muslim assaults in 2001, compared to 12 reports in 2000. While the number of reported hate crimes decreased over the years, recent data suggest that the level of racism against Muslims is rising again in the US. In 2015, there were 91 reports of anti-Muslim assaults, and there was a 67% increase in anti-Muslim hate crimes between 2015 and 2016 alone. Recent events, however, show that these hate crimes, racial slurs, and other forms of racism are impacting other racial minorities such as African-Americans, Mexican-Americans, and Asian-Americans as well. The return to high levels of racism against Muslims as well as the rise of blatant prejudice and racism against other ethnic minorities indicate that the level of racial tension is worse today than it was in post 9/11 US society.

The high level of racial tension became more salient due to the shootings of African-American men by white police officers. In the past couple of years, many African-American men like Michael Brown, Freddie Gray, and Philando Castile were victims of racial profiling and police brutality that led to violent deaths. These police shootings became highly controversial not only because the deaths were violent and unwarranted but also because of the racial conflict; unarmed black men being racially profiled and shot and killed by white police officers. To make matters worse, many of these police men were acquitted, such as in the most recent case of officer Jason Stockley and the shooting of Anthony Lamar in St. Louis, Missouri. According to an analysis of records, police arrest and kill black men at a higher rate than they do other groups. Furthermore, many black men feel that they are treated unfairly because of their race. In response to these police shootings and acquittals of white officers, movements such as Black Lives Matter have formed to march and protest for justice against racial profiling and police brutality. These shootings and protests demonstrate the rising conflict and tension between whites and blacks in the US today.

Along with these incidences of hate crimes against Muslims and racial profiling of African-American men, there is also a rising anti-immigrant sentiment within the nation. Data on reports of hateful intimidation and harassment indicate that most of the incidents were related to anti-immigrant motives. Many of these incidents were also related to a certain individual: President Donald Trump. Just as 9/11 led to racial profiling and hate crimes against Muslims, the election of Trump has had a similar effect in inciting hate crimes and blatant racism in many parts of the nation. According to the Southern Poverty Law Center, in the days following Trump’s election, there were more than 400 reports of hateful intimidation and harassment, a majority of them being anti-black and anti-immigrant attacks. More specifically, the racist rhetoric and policies of Trump’s campaign and administration have been influential in encouraging racism and hate crimes. During his campaign, Trump insulted Mexican-Americans, threatening to keep them out of the United States. Then, as President, he introduced a travel ban on individuals coming from nations with large Muslim populations. The message and actions of his presidency have not only attacked these racial minorities but have also encouraged other people to do so as well. In the days following the election of Trump, there were many reports of hate crimes and bias incidents, with 37% of them directly referencing Trump or his campaign. These hate crimes and harassments were not just towards Muslims but other racial minority groups like Asian-Americans as well. For example, an Asian-American woman reported that she was told to “go home” and others like reporter Nydia Han, were told, “This is America!” Racial hatred has not only affected different ethnic minorities but also different parts of society such as K-12 schools and universities. Reports from educators and schools to the Southern Poverty Law Center show that many of the incidents of harassment and racism occurred in K-12 schools and universities. 90% of the reports indicated that the climate of schools were negatively affected by the election, with stories of white students in Arizona holding up the Confederate flag at a school assembly, to a black student in Oregon being racially harassed in her classes. The rise in racial hostilities was most apparent in Charlottesville, Virginia. In a massive march, white supremacists and neo-Nazis came together chanting, “You will not replace us,” and “Jews will not replace us.” In response to this event, President Trump condemned “hatred, bigotry and violence on many sides,” instead of denouncing the white supremacists. Thus, not only has President Trump’s campaign rhetoric and presidency contributed to this rise in racial tensions, but the President himself has also failed to condemn these acts of racial hatred and violence.

Some might argue, however, that Trump could not have contributed to the rise of racial hatred in the US, because he never endorsed these hate crimes or attacks against minorities. While this is true, Trump’s campaign rhetoric and presidency have encouraged and incited active hostility against ethnic minorities. Members of the Center for the Study of Hate and Extremism and the Southern Poverty Law Center have stated that Trump’s campaign rhetoric has contributed to the rise in hate crimes and attacks. Furthermore, Trump’s message of “Make America Great Again” was not just about strengthening America, but doing so by “building a wall,” and having a “total and complete shutdown of Muslims entering the United States.” It was about making America great by rejecting immigrants and others who threaten America and its values of democracy and equality. Many white extremists understood Trump’s campaign message in this way as well. In a “Unite the Right” rally in Charlottesville, former leader of the KKK, David Duke stated that, “We are determined to take our country back. We are going to fulfill the promises of Donald Trump. That’s what we believed in, that’s why we voted for Donald Trump.” Just as 9/11 led to many anti-Muslim rhetoric and hate crimes, Trump’s presidency has led to similar results, inciting racism not only against Muslims, but also against other ethnic minorities and immigrant groups. In this sense, the racial tensions and hatred are worse today than after 9/11.

The hate crimes and racism of white supremacists and others reveal a sad truth and reality about the United States today. While many touted a post-racial, colorblind society after the election of Barack Obama to the presidency, these recent events indicate otherwise. Some argue that these events demonstrate that America is moving backwards as white America pushes back against people of color. Thus, the rising levels of racism, hate crimes, and bigotry is a message and agenda towards restoring white dominance.