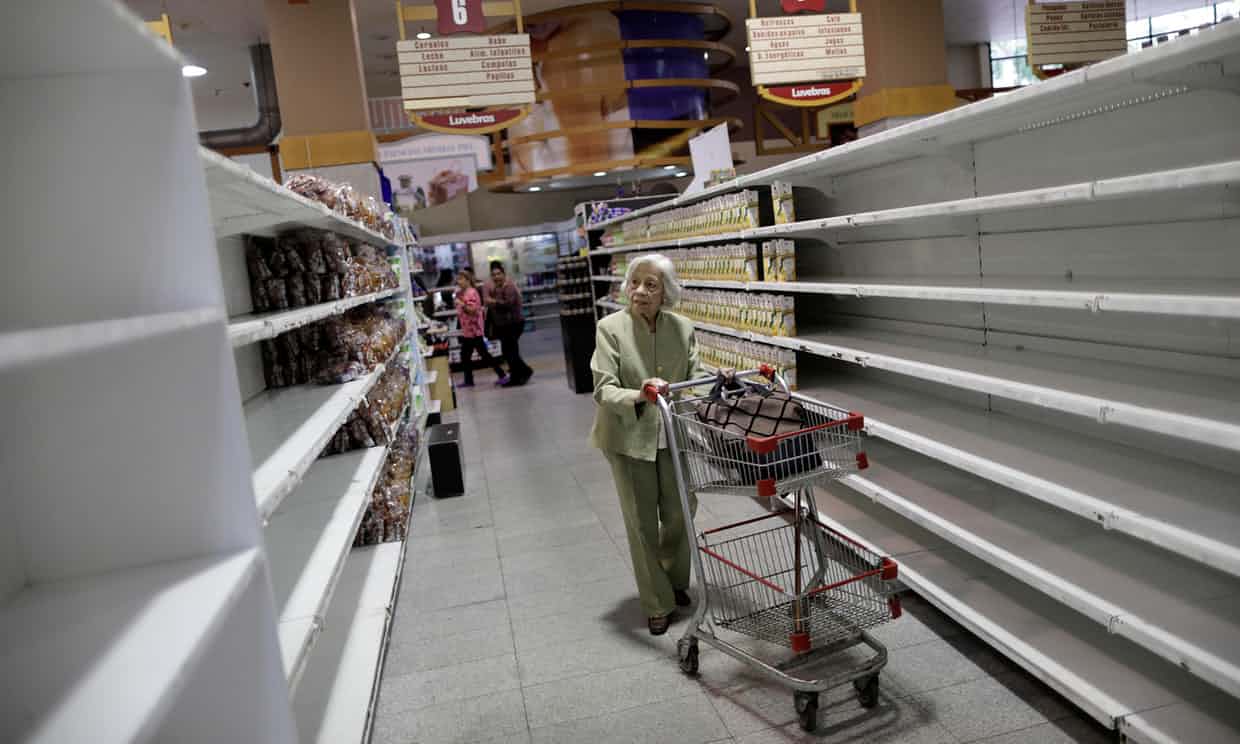 “Eat the Rabbits”: Venezuela’s Plan to Curb its Food Crisis

Government mismanagement of oil revenues, international debt, and rampant inflation have led Venezuela into an extreme food crisis with only one plausible solution: eat the rabbits. At least that’s the plan recently proposed by President Nicolás Maduro.

This is not the first instance we have seen such a simple solution to a complex national issue (a certain wall comes to mind), but it definitely makes the top ten list for most unique government policies. In a seemingly developed nation with highways, skyscrapers, and oil reserves to spare, this news can be shocking (but I guess this policy maintains shock-value regardless of where it is implemented).

HOW DID IT COME TO THIS?

Venezuela has the largest amount of oil reserves in the world – approximately 300 billion barrels worth. Former President Hugo Chavez took advantage of this surplus, and now over 90 percent of the nation’s exports come from oil. Through this, Chavez was able to lower poverty rates, improve education, and spur some economic growth. But even though oil does not translate directly to cold cash, Chavez spent government revenues as if it did.

Chavez created the Unified Socialist Party of Venezuela and launched a project in 2002 towards “21st Century Socialism”. This revolutionary project was dependent on oil revenues to fund a prolific welfare program for improving healthcare and education.

The policies implemented by Chavez ended up having a detrimental effect on the country’s economy. He introduced currency exchange controls, nationalization, and a decline in productivity that deteriorated the economy.

“In the case of Chavez, there was some outright mismanagement,” said UC Berkeley Comparative Politics Professor Alison Post. “Though his attempts to set up local cooperatives seemed like the foundation for encouraging economic activity, even leftist scholars would argue that they weren’t managed effectively.”

When Chavez died in 2013, his hand-picked successor, Nicolás Maduro, was left drowning in a sea of problems (and mismanaged oil!). Venezuela’s currency, the Bolivar, became worth less than the paper it was printed on. In 2016, their largest bill was worth just $0.04. This year, the nation’s inflation rate rose above 220 percent.

“You end up with this situation that’s very unfortunate and shouldn’t have developed in the first place,” Post said. “Now people have to raise rabbits in their backyards to have access to food and basic staples; it just keeps getting worse and worse.”

The 2006 collapse of oil prices devastated the Venezuelan economy, leading to the food crisis we see today. According to the IMF, Venezuela’s oil revenues were $80 billion in 2013 and that number dropped to $20 billion by 2016.

The socialist democracy allows for high government regulation on basic staples. Thus, state-imposed price controls on necessities have resulted in many food-selling businesses closing down because they were operating at a loss.

Reported approaches to Venezuela’s food crisis parallel to emergency adaptations that are usually linked with famines in war-torn countries: selling assets for food, eating from the garbage, or even sending children to beg for food.

Almost half of the nation reported going days without food and 70 percent claim to have stopped consuming types of food they consider important. About 80 percent of food products and other essentials have been in short supply since 2016. On average, Venezuelans spend over 30 hours weekly in shopping lines, waiting lengths of time only to be greeted by an emptied store.

THE MAN WITH A RABBIT PLAN

In the past, the government simply encouraged the establishment of food co-operatives and urban agriculture to solve these issues. These approaches, however, have proven insufficient in the current crisis.

The new plan is simple: convince Venezuelans to eat rabbit. The thought process? There is a surplus of rabbits and a scarcity of food; therefore, make the rabbits your food. In the words of Maduro, rabbits have the added benefit of “breeding like rabbits,” so it’ll be harder to run out of them. Food crisis handled.

The President and his ministers claim rabbits will make an excellent source of protein for the estimated 24 million people in the country with food insecurity. Their recommendation is that families raise the rabbits at home to prepare for dinner later.

This practice is actually common in Europe, China, and some of the Middle East. European rabbit and hares are commonly sold at UK butcheries. At the famous Borough Market in London, rabbits are displayed hanging unbutchered alongside other small animal meats. In China, some popular dishes include stewed rabbit, spicy diced rabbit, BBQ-style rabbit, and even spicy rabbit heads.

In comparison with pork and beef, rabbit meat is richer in protein and other vitamins and minerals. It also has less fat than most red meats (but I’m assuming a ‘slim figure’ isn’t too important for those in a food crisis). In 2014, it was estimated that the world’s annual rabbit meat production stood at around 200 million tons.

But even with these benefits, the Venezuelans just couldn’t bring themselves to eat the furry little guys. According to Freddy Bernal, the minister for urban agriculture in charge of the plan, Plan Rabbit has already run into a “cultural problem”.

Maduro had initiated a pilot project in which rabbits were given to 15 communities. The result: people named and put bows on their rabbits, treating them as loveable pets. As illustrated through this unsuccessful project, Maduro’s task of changing the majority’s cultural perspective will not be simple.

President Maduro puts the blame of his country’s economic failures on U.S. price speculation. He claims that U.S. sanctions on Venezuelan executives have only intensified the food crisis. The Rabbit Plan is Maduro’s most recent effort in countering the “economic war” waged against Venezuela by “imperialist powers” – specifically the U.S.

Ever since Maduro granted himself the power to pass laws in mid-August, violent protests have been consistent throughout the nation. Problems have continued mounting since the beginning of Maduro’s presidency — from the drop in oil prices to his polarization of executive power, all leading up to the current food crisis.

Thousands of citizens have taken the streets in opposition to his administration, establishing a unified outcry for new elections. Government oppression of protests has left many dead, hundreds injured, and thousands arrested.

“It’s a sad, sad story and it’s combined with an increasingly authoritarian approach to governing the country on the part of Maduro,” Post said. “Chavez was not guiltless in this but Maduro has taken it to new heights, using groups of thugs or other party-affiliates to beat up the opposition.”

These economic and political issues have sparked a deep mistrust in Maduro’s administration, resulting in an opposition that refuses to give up regardless of government oppression. Polls have consistently predicted that Maduro would lose in upcoming elections and because of this, Maduro has extended his term as president eight times since 2016.

“Venezuela has become a sort of a competitive authoritarian regime,” Post said. “There are elections and there are opposing parties, but the playing field is not level and the media is not free.”

WAITING ON THE WORLD TO CHANGE

The Venezuelan opposition is made up of 29 different parties all umbrellaed under the Democratic Unity Coalition. On the bright side – they all have a similar goal. On the down side – the various factions make it harder to organize and push forward an ultimate strategy.

In the end, the entity that holds the most power to bring change is the military. The Venezuelan military is a complicit actor in implementing Maduro’s national corruption. They have been utilized to shut down the opposition and to establish the government’s food distribution system.

Fortunately, most of the upper divisions of the current military were appointed under President Chavez after the Bolivarian Revolution. Thus, the military’s leaders’ loyalty remains in the hands of the former president who denounced authoritarianism in his rise to power. Hopefully, in addition to the question of loyalties, the economic situation will one day provoke the military to jump sides and support the opposition.

“The key question is when the military will stop supporting the regime,” Post said. “Currently, they profit from existing food distribution schemes and from having control over the program’s implementation. Perhaps when the upper brass has to start raising rabbits too, they may switch to the other side.”