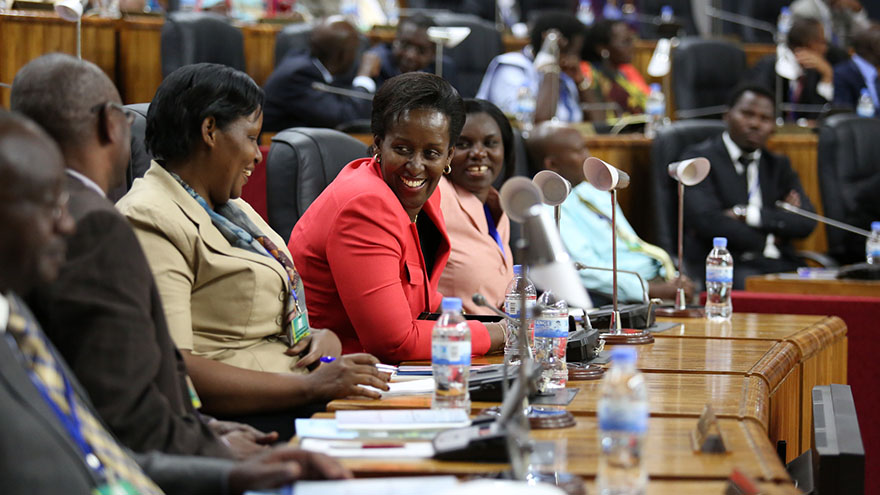 When Justine Uvuza returned to Rwanda after the 1994 genocide, she was shocked by the state of her country. At the time, the little remaining infrastructure and shattered political systems that resulted from the Rwandan genocide comprised the leading narrative of the country. But when she returned, what stood out most to Uvuza was a much more subtle change in her country. She found women working in butcher shops, accounting firms, and courthouses – all of which had previously been spaces exclusive to men. Uvuza’s realization was not unrelated to her country’s devastation, but was simply the implication of a lesser-told told story – that of Rwanda’s shortage of men.

By the end of the conflict, between 500,000 and 800,000 Tutsis had been slaughtered, with the majority of the casualties being men. Of the remaining men, many were arrested or forced to leave the country. The result was a state with a population made up of 70% women.

Faced with a new demographic reality, the former patriarchy had to adapt. More educated and urban demographics had a higher likelihood of being killed in genocide than others, most likely because both of these groups were majority Tutsi. This significant loss in human capital allowed women to begin occupying a myriad of positions that had formerly been almost exclusively available to men, including the ones that Uvuza had become aware of.

The national government, which was in significant need of reform, proved to be a striking avenue for women to assume traditionally male roles. This opportunity presented itself to Rwandan women due to the lack of experienced members available to take part in the country’s new government. Only 20 of the Rwanda’s 785 judges remained after the genocide, and the post-genocide Transitional National Assembly did not feature a single person who had served in the previous regime’s government. Due to the country’s desperate need for capable leadership, Rwandan women were pushed to serve their country and run for office. In fact, Rwandan President Paul Kagame instituted a quota mandating that 30% of the country’s parliamentarians be women, in addition to pro-women reforms that focused on appointing women to other governmental positions and educating young girls.

Today, Rwanda is one of the few countries to have achieved a gender balanced parliament, with women holding 61.3% of the Chamber of Deputy’s seats. Of the 14 members of Rwanda’s Supreme Court, seven are women. Women are also represented at sub-national levels of government, where they are required to make up 30% of District Council and political party seats.

Yet despite holding some of the highest levels of political power in the country, Rwandan women continue to be held back in the social sphere. The same women that occupy parliamentary seats have found that their political power does not translate to empowerment within their homes. Justine Uvuza, the same woman who returned to Rwanda after the genocide, wrote her doctoral dissertation on the discrepancies between the public and private lives of Rwandan parliamentarians. Of the 29 women she interviewed, only four reported that there had been any improvement in the balance of domestic tasks between themselves and their husbands, and all of them reported increased tensions with their spouses caused by their increased political involvement and how it reduced their time spent at home.

As one would expect, the domestic experiences of the women who hold political power are a reflection of the status of women’s rights in the greater Rwandan population. Domestic violence is another space where women face a societal suppression despite legal protections. As of 2015, Rwandan legislation protects women from marital rape, sexual harassment in the workplace, and domestic violence including sexual, physical, emotional, or economic abuse. One famous stride towards abolishing gender violence was made in 2008, when Parliamentarian Judith Kanakuze backed the passing of landmark legislation that made sexual assault illegal and and imposed harsh consequences for rape.

But while these legal protections represent important progress within the Rwandan parliament, they have proved insufficient in protecting the country’s women. A 2016 study of Rwandan women found a variety of reasons why they were unwilling or unable to take advantage of legal protections in situations of intimate partner violence. “Poverty, gender inequality with prevailing strong norms of male superiority, and the tendency to keep abuse as a private family matter” were all contributing factors. These results call into question how impactful Rwanda’s legislation against domestic violence can be without a corresponding social movement.

Yet while the effectiveness of laws can be debated, legislation should not be considered insignificant in the fight for Rwandan women’s equal rights. There are examples of legislation successfully opposing domestic violence from around the world, one being the effect of unilateral divorce laws in the United States. A law’s efficacy, however, must be analyzed in the context of the society in which it is implemented. A 2017 World Bank report found that there has been considerable international progress in legislation that both criminalizes domestic violence and provides support systems to victims. But further progress, the report finds, depends on a change in norms surrounding violence as well as the implementation of programs that support and enforce legislation. One of the report’s recommendations is to “engage the whole community,” including both men and women, in long-term and comprehensive anti-violence efforts.

The discrepancy between Rwanda’s institutional structures and the country’s social norms is a result of the rapid and unexpected way that women have gained social capital. Unlike the paths of many other countries, including the United States, Rwanda’s approach toward women’s empowerment has not yet included a comprehensive feminist social movement. Instead of prioritizing the rights of individual women, over the past two decades, the push for women’s empowerment in Rwanda has focused on the service that women can provide their country.

Christopher Kayumba, a lecturer at the National University of Rwanda, argues that “Kagame isn’t pushing for women just for the sake of it. He’s mostly interested in capable people.” Kayumba’s view is supported by statements from the Rwandan President himself. When urging women to join the government, Kagame stated that “women have to be involved at all levels and in all activities meant for the development of our country.” While the concept of seeing women as “capable people” needed “for the development” of Rwanda may seem compelling, Kagame’s approach disregards the importance of equal rights.  The pro-country argument for women’s empowerment undermines women’s intrinsic value as individuals.

In fact, “feminism” is still often seen as a dirty word in Rwanda, used to refer to women who selfishly put their own needs ahead of those of their country. The Rwandan feminist is often seen as a promoter of Western cultural imperialism.

Mireille Umutoni Sekamana shares one anecdote that illustrates her experience with feminism in the classroom. The captain of the first Rwandan women’s college debate team, Sekamana recalled the answer she received from her high school classmates when she asked why both leaders of an extracurricular club could not be girls – “that’s for Americans.” The meaning of this comment was that Sekamana’s suggestion was “too selfish” and “too liberated,” as it prioritized the individual girl over the needs of the greater community.

There is an emerging feminist movement in Rwanda, however, that has become particularly strong in the last two decades. Pro-Femmes, or Twese Hamwe, is one organization that has been a feminist pioneer in Rwanda over the past thirteen years. Uvuza, a supporter of the social approach to women’s empowerment, argues in her dissertation that “despite the relevance of women’s access to political posts/work, failure to tackle gender inequalities in all areas of socialisation reshape and reinforce patriarchy in significant ways.” In order to create lasting change in the country, she contends, “a cultural shift” is necessary.

Women’s empowerment is progressing in many aspects of Rwandan life. The lack of a firmly grounded women’s movement, however, has created many surprising discrepancies between how women are valued on paper versus how they are valued in their society. Over the years since the Rwandan genocide, the country has concentrated on developing its economy and rebuilding its infrastructure, while women have increased their influence largely as a side effect of this focus. But although women’s progress has been promising, especially in their legislative presence, the remaining problems can only be solved through the valuing of women’s empowerment for more than just the benefit of the country. Instead, social, cultural, and legislative reform must be implemented for the benefit of women themselves – “for the sake of it,” as Kayumba would say.