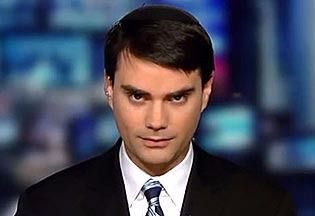 You Hate Ben Shapiro? Then Debate Him.

Do you loathe Ben Shapiro? Do you think he is a danger to society? A menace to the African American community? A scourge to transgender Identity? Then attend his event and debate him.

As Mr. Shapiro’s appearance at our school draws nigh, it behooves those who find him morally reprehensible to speak up – to articulate your outrage to his face.

Let’s be clear, this is not some exercise in virtue-signaling. Nor is it a tacit condemnation of rioting (though that strategy ranks among the least effective methods to squelch hate). This is about what approach will ultimately yield a shake-up of Mr. Shapiro’s party-line.

The notorious “debate thug” is no arbiter of truth. Irrespective of whether you’re his ideological sycophant or his opponent does not change the reality that he has taken some very strong positions on some very tenuous subjects – many of which are illiterate of basic empirical findings.

Take for example one of Shapiro’s most dogmatic and controversial positions – transgenderism is purely a mental disorder. The absurdity of this statement is utterly unwarranted, almost as if by fiat. There are no reputable modern studies which have dared to assert such an irresponsible and baseless declaration. Why? Because the evidence argues to a different conclusion entirely, namely that genetics, hormonal interplays, and early childhood experiences all exert significant influence in the development of the transgender identity.

On abortion, too, Mr. Shapiro seems empirically bereft. He marshals broken moralistic jargon to make the case that abortion is an absolute wrong, no matter what. Like all good religious devotees (though he tries to distance himself from such a characterization) he appeals to the formation of the zygote, declaring that the magical union is so divine such that to interfere is akin to murder. Again, this is a ludicrous statement. Even the most junior general practitioner, let alone an OB-GYN, would tell you that conception is a notoriously messy process; the sperm frequently fails to implant itself, the egg often fails to attach, and it commonly takes the sperm 24-48 hours to fully enmesh its genetic material. The idea that conception can be precisely pinpointed and then demarcated as “the moment in which the cellular-bunch is endowed with inalienable rights” is little more than religious spin-doctoring.

Now, this is not to say that Mr. Shapiro is not immensely gifted. As someone with conservative leanings, I must acknowledge that Mr. Shapiro is, in most policy-oriented arenas, an intellectual juggernaut, generally equipped with the necessary data to eviscerate his misinformed detractors. In that sense, his appearance could very well be an eye-opening ordeal, if not a chance to more easily peer over the political fence.

That Mr. Shapiro is a savvy pundit does not mean that his irresponsible assertions are any more correct – they are and will continue to be riddled with factual error. If nothing else, you should consider his appearance a chance to educate and persuade – perhaps not Mr. Shapiro, but the thousands of viewers that will undoubtedly be tuning-in to the much-anticipated event.

Of course, Mr. Shapiro openly welcomes dissent. He dedicates the near totality of his Q & A to those with whom he disagrees. Consider this act of intellectual temerity your ticket to enlightenment or subsequent slaughter; come to his event, listen, and then verbally joust with him on whatever issue or problematic statement your heart desires. If you’re correct, then intellectually flaying him in public will be far more persuasive than even the most sanguinary riot imaginable.