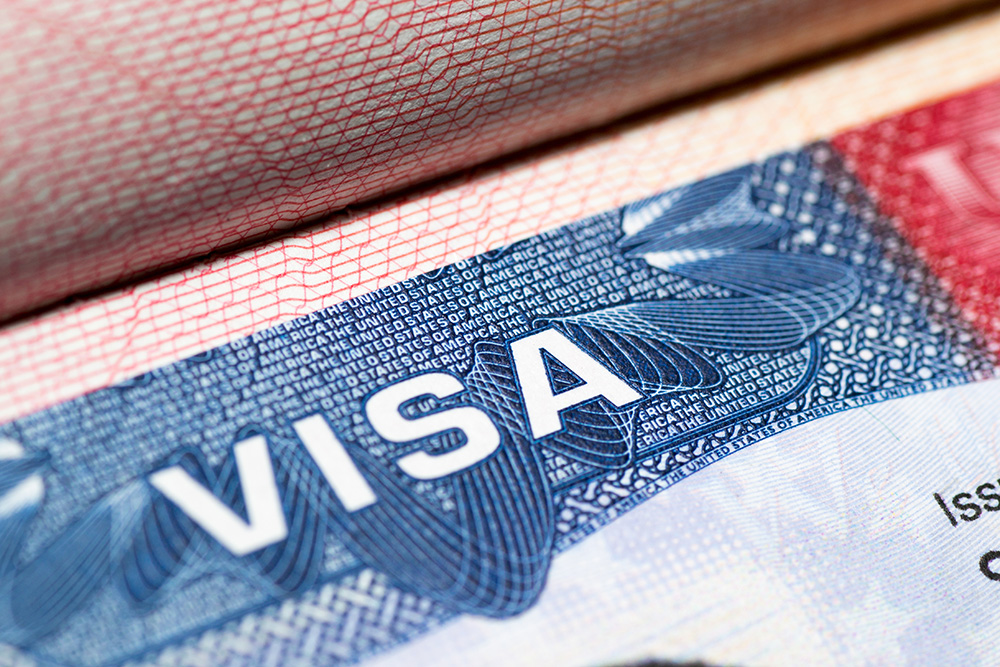 By Dhruv Devulapalli on September 9, 2017

Srinivas Kuchibhotla and his colleague Alok Madasani were regular patrons of the Austins Bar in Olathe, Kansas. They were called the “Jameson guys” after their regular drink of choice – Jameson whiskeys. Both men were from Hyderabad, India, and were working as software engineers at the tech firm Garmin. Kuchibhotla had come to the US more than a decade ago, and, like many other Indian immigrants, he hoped to achieve the American Dream. Kuchibhotla’s wife used to tell him that they should think about going back to India, but Kuchibhotla refused to abandon “the country he loved.” Like most other immigrants, he wanted to settle down in the United States, assimilate into society, and join a growing tech economy.

On February 22, 2017, Kuchibhotla was shot and killed, ending his American Dream.

Kuchibhotla was in the United States on an H-1B visa, like most other Indian tech immigrants. His death has been counted in a growing series of hate crimes in the aftermath of the 2016 election. These hate crimes and anti-immigrant sentiments have been accompanied by the suspension of fast-track H-1B visas, and the introduction of a bill to set a minimum salary for H-1B employees. In the light of these factors, Silicon Valley has begun to fear the loss of the ability to acquire high skilled workers from abroad, while outsourcing firms are faced with the prospect of losing business.

The H-1B visa has been controversial since it was established in 1990 under the Immigration Reform and Control Act. The act set a cap on the number of employment-based immigrants that could enter the country and required that employers pay at or above the prevailing wage. The H-1B allows US employers to temporarily employ college-educated foreign workers in specialty occupations. These are occupations requiring highly specialized knowledge in fields such as STEM, architecture, law, the arts, etc. Every year 65,000 H-1B visas are granted, with up to another 20,000 for applicants with a Master’s degree or higher. The H-1B is a dual-intent visa, which means that its holders are allowed to remain in the United States as they apply for permanent residency (a green card).

The H-1B program was created to facilitate the employment of highly skilled foreign workers for companies that could not find similarly skilled employees in the United States. Top tech companies in California have benefited from H-1B’s, with companies such as Google, Facebook, Apple, and IBM among the top employers of H-1B workers in California. These top tech companies use the H-1B visa to hire highly-skilled employees, paying them yearly salaries often over $200,000. The H-1B program has provided stimulus to the STEM field in both industry and academia, filling jobs where there are not enough Americans with the required skill levels. H-1B immigrants arrive with dreams to achieve and excel, and they have been a driving factor behind the growth of the California tech economy – 43% of startups in Silicon Valley have been founded by at least one immigrant.

However, the H-1B system has been abused by companies to depress wages and reduce employment of Americans. Outsourcing and offshoring consulting firms have used the H-1B program to hire foreign workers at wages below those of their American counterparts. For example, companies such as Wipro and Infosys, both Indian consulting firms, pay their tech employees in California average salaries of $76,970 and $85,312 respectively, far below averages of $127,662 and $138,480 at companies such as Google and Apple. In some instances, American employees have been made to train their replacements who are hired at a lower salary. Consulting firms like Wipro, Tata Consulting Services, and Infosys are among the top acquirers of H-1B visas, with their employees depressing wages in IT services and displacing American workers. Due to the high volume of H-1B applications from these consulting firms and other large tech companies, American start-ups – which are often in need of foreign workers – are unable to get the workers they need.

One one hand, the H-1B program has provided tech companies with highly skilled foreign employees, who contribute to the US economy and often become permanent residents and citizens. These workers have added value to the economy through their high-skilled work, education, and taxes, in addition to providing an impetus to Silicon Valley and the tech industry as it continues to grow. They come to the United States to grow their families, pay taxes responsibly, and to be part of a booming industry that makes up a significant part of our economy. However, the H-1B visa has also been abused by companies that provide consulting services, depressing wages and forcing Americans out of their jobs. How should the government respond to ensure that American companies continue to get the workers they need, while also preventing American workers from being displaced?

The government needs to reinforce regulations on the prevailing wage to prevent wage depression. By altering the priority system for the H-1B from the current lottery system, consulting firms that game the system by submitting a large number of applications can be deprioritized. However, the issue of consulting firms is part of a larger issue of outsourcing and offshoring. Raising the minimum salary for H-1B workers may cause companies to offshore their IT work further in order to cut costs, or it may cause inflation due to rising costs of onshore consulting. If outsourcing causes wage depression, it may be impossible to bring back jobs to American workers at higher salaries without resulting in inflation in industries depending on the software services/IT sector. Setting a uniform new minimum wage for H-1B employees is thus not the solution, especially when wages differ drastically based on job field and location.The government will have to strike a balance by reinforcing existing regulations on the prevailing wage, while also investing in the training and education of Americans in sectors that are not prone to off-shoring.

Racial hatred, the suspension of the fast-track H-1B program, the travel ban on countries in the Middle East, and President Trump’s anti-immigrant rhetoric have all given high skilled immigrants reasons to reconsider working in the United States. In order to continue to fuel growth in Silicon Valley, especially in sectors with shortages of workers, the government will need to adopt pro-immigration policies, placing emphasis on higher education and company need in sectors that are not over-saturated. Choosing to instead close the fast-track visa program will hurt Silicon Valley companies that rely on fast track H-1Bs by stalling their growth and leading to job vacancies. The United States could also follow the model of other countries like Canada, implementing a startup visa, which would allow early stage startups to hire foreign workers with priority. This would solve the current problem of start-ups losing out on H-1Bs to consulting firms. In order to continue to encourage tech start-ups, the government would have to reconsider attempts to increase the minimum H-1B salary, since startups often cannot afford to pay large amounts and offer equity/shares as remuneration instead.

Srinivas Kuchibhotla represented all immigrants seeking the American Dream. People like him add to the American culture and economy and have contributed to the growth of this country over decades. Closing down avenues of high-skilled legal immigration, especially in a time when so many sectors of the economy need these workers is a step backward. Anti-immigrant sentiments and racial hatred close the doors on people like Kuchibhotla and threaten some of the core ideas of our nation. The H-1B stands for the idea of America as the land of opportunity, and limiting it will harm our economy and our country. America needs to show that it welcomes H-1B immigrants since our prosperity is tied to theirs.