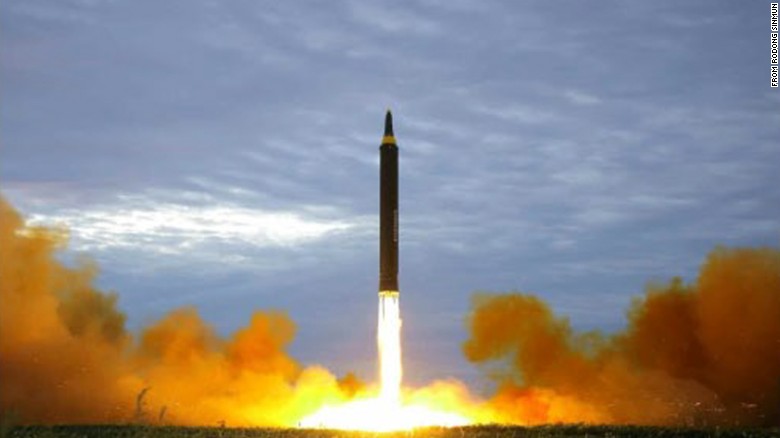 The Cost of Guessing Wrong: Humanity’s Failing Politics of Instinct

How thick would a sheet of paper be if you folded it in half 103 times?

Over the past few months, I’ve asked this question to at least a dozen different people — because yes, I am that type of person — and the responses that I’ve gotten have been surprisingly similar. At first, almost everyone believes that the paper will be roughly the thickness of a book containing 103 pages, or, on second thought, 206 pages, due to the doubling caused by the folds. Some responders, no doubt fed up with my so-called “fun” facts, will point out that a normal sheet of paper can only be folded seven times at most, but imagine for this hypothetical that you can make as many folds as you like, and that you can ignore any added thickness or complications caused by the creases themselves. After some discussion, a few wise approximators will realize that the process of folding introduces exponential growth, and their estimates will rise accordingly. Indeed, the largest estimate that I’ve yet to hear, after several hints on my part, was that the ultra-folded paper would be as tall as the Empire State Building, with the caveat that this guess “seems ridiculous.” Of course, it does seem ridiculous: you would need about five million sheets of paper stacked one atop the other to reach that skyscraper’s tip.

The real answer, however, is infinitely more ridiculous: the folded paper would actually stretch across the entire observable universe, a distance of 93 billion light-years. Were you to travel alongside it at 25,000 miles per hour — slightly faster than any human has ever flown before — it would take you three quadrillion years to reach its end, or about 220,000 times longer than the universe is old. Moreover, to guess that this rather unwieldy sheet of paper would be as tall as the Empire State Building is to commit a mistake far more egregious, in terms of orders of magnitude, than believing that there are only two grains of sand on planet Earth.

What this simple thought experiment reveals is nothing less than a potentially catastrophic limitation of the human mind, and specifically, of human intuition. Undeniably, this intuition has served our species quite well to this point, allowing us — for better or worse — to transcend the food chain, to build thriving civilizations, and to erect an endless landscape of shopping malls where anything and everything can be yours with the swipe of a plastic card. But such tangible success has also produced an unhealthy and ultimately unsustainable confidence in our intuitive faculties, a confidence that is increasingly incompatible with a world whose complexity has long since surpassed the brain’s ability to comprehend it. The difference between this new world and the world of our ancestors, between the Age of iPhones and the Age of Stone, is precisely the difference between the paper that’s been folded 103 times and the ordinary paper that you hold in your hands every day. And ironically, it is our collective blindness to this massive difference — our collective insistence that our primal intuition is still sufficient for our survival in the 21st century — that is the single greatest failure of our intuition to date.

In this modern epoch of artificial intelligence and nanotechnology and nuclear weapons, we must recognize that our basic instincts and our gut feelings are useful only in situations that they were biologically engineered to handle. Finding a romantic partner, for instance, or empathizing with someone who has been mistreated: these are instances wherein our intuition seems to excel. And even when it comes to more nuanced topics — issues like fairness and justice — our intuitive attitudes may, in fact, be under-appreciated, since they have helped us create a nation in which everyone, at least on paper, is treated equally. The problem, however, arises because today’s issues and today’s politics so closely mirror the issues and politics of the past that we miss the hugely consequential disparities of complexity and of scale. Worse than bringing a knife to a gunfight, we may soon be bringing our chimp brains to wars waged in space, or in cyberspace, or in a dimension that we can’t yet even fathom.

Understanding why intuition cannot guide our modern political decision-making requires realizing that it was accumulated genius that capacitated modernity in the first place. Over the course of millennia, our species has ever so slowly built upon its collective knowledge, with each generation using the power of written language to add a stone to the growing mountain of human progress. And indeed, only a tiny fraction of people alive during this accumulation process was able to contribute any stones at all, since over time the difficulty of scaling the mountain — of grasping all prior human knowledge well enough to add onto it — increased enormously as the peak rose to unprecedented heights. Nevertheless, our social nature has allowed us to capitalize on one-in-a-billion minds like Newton and Einstein to gaze far beyond the edges of our solar system, even though the average individual, if left alone in the woods their whole life, would be quite unlikely to figure out that the Earth was round. Evolution, in effect, has birthed a super-being: an aggregate intelligence smarter than any creature or computer in existence, as far as we know.

Yet in our democracy, this imposing mountain of scientific and technological progress is managed not by a collective super-being but instead by ordinary citizens. We the people — as the Constitution tells us — are in charge, and unlike the mountain of progress wherein only the best ideas are included, in politics, everyone’s ideas are weighted more or less equally. Thus, while the mountain has become more powerful and unstable than ever with the advent of nuclear weapons and biochemical warfare and space travel, the same brains that for thousands of years believed in witchcraft are still tasked with guaranteeing that mountain’s stability. And much like a life-and-death game of Jenga, one wrong move could bring the whole thing down, creating an avalanche so devastating that there may be no one left amidst the rubble to start rebuilding.

Take, for instance, the question of what to do about North Korea. It seems fairly obvious to me that President Trump’s strategy of prodding and threatening Kim Jong-un on Twitter is not only the wrong approach, it may, in fact, be the only approach that compels the North Koreans — who would certainly be obliterated in a confrontation with the West — to actually launch a nuclear strike against the United States. Determining the right approach to this life-and-death issue, on the other hand, is significantly less obvious than diagnosing the wrong ones. Should we ignore Kim Jong-un entirely? Should we attempt to intervene with greater diplomatic finesse and global cooperation? With any strategy, there would be far too many variables for us to predict the outcome with confidence since no person could possibly extrapolate from these variables what the butterfly effects of our actions would be. Conversely, a computer capable of psychoanalyzing Jong-un based on every speech he’s ever given, capable of evaluating the precise relationship between specific economic sanctions on the country and its likelihood to start a war, capable of running a hundred quintillion simulations of every possible course of action to calculate average risk, capable, in short, of surpassing the limits of our all-too-human intuition — that computer would have my vote. The stakes are simply too high to be guessing here.

While such skepticism about the efficacy of human intuition, in this case, may appear more like mere cynicism, there are already innumerable other cases wherein we all implicitly recognize that our instincts and our gut feelings are amazingly useless. You may be the most pious and anti-science person in your neighborhood, whose instinct tells you that prayer alone is sufficient to guide us safely through even the stickiest of situations, and yet you would likely wet your pants if your Delta Airlines pilot informed you during takeoff that he’d never flown a plane before, and that he was relying on just the goodwill of God to get to LAX. Or your intuition might tell you that today would be a pleasant day to go for a walk given that it was sunny the last time you checked, but if every weather station warned you that a tornado was an hour away, you’d likely stay indoors. Technical training, data analysis, and expert knowledge are so clearly superior to intuition in these examples that defiantly relying on your intuition anyway would be nothing short of absurd. But when it comes to politics, where we make the most complicated and the most technical and the most consequential decisions of all, this logic suddenly evaporates, and intuition once again reigns supreme.

Nowhere has this defiant retreat to intuition been more catastrophic than in the realm of the economy, whose intricate and interconnected nature prevents any intuitive grasp of its functioning, and whose inequities we still seem not to recognize. In a recent study conducted by Harvard Business School, 55,000 participants were asked what the ideal income ratio should be between CEOs and their average employee, with the median American advocating a ratio of seven-to-one. Even as a staunch liberal, I find this ratio to be surprisingly reasonable, demonstrating a keen intuitive sense that the ideal of wealth equality must be weighed against an interest in incentivizing innovation and hard work. The reality of our economy, however, is that CEOs make not seven times as much as their average employee but in fact 354 times as much. What’s more, the wealthiest eight men on Earth possess as much wealth as the poorest half of the world population, a state of affairs that benefits essentially none of those who have the power to change things.

Yet on an intuitive level, I, like most Americans, greatly prefer capitalism to socialism. The capitalist mantra of getting to keep most of my hard-earned money to spend on whatever I like strikes me as far more fair — not to mention far more fun — than the socialist burden of giving most of my earnings to a government whose interests often differ from my own. But this intuition has failed me, and failed all of us, to the very same degree that capitalism itself has failed to produce the widespread prosperity that we all desire. My intuition also tells me that a small quantity of uranium is highly unlikely to be capable of ending millions of lives, it tells me that burning gasoline probably isn’t sufficient to make our entire, enormous planet warmer, and it tells me that a piece of paper that’s been folded 103 times simply cannot stretch across the whole freaking universe. But my intuition is wrong, if only because I asked too much of it. Our basic instincts were never intended to confront the complexities of fission reactions or global warming or exponential growth, but fortunately for us, we possess the ability to override our primal intuitions by evaluating 21st-century challenges with 21st-century science. And if our species is so lucky as to survive until the 22nd century, it will be because we managed to do just that.