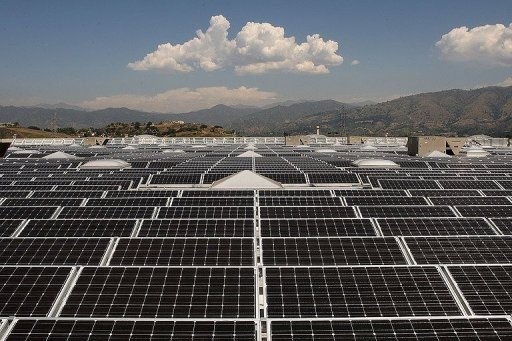 Washington is no longer in tandem with a majority of American citizens. Less than 30% of the American population endorses Trump’s decision to forego a global leadership opportunity for the nation by exiting the Paris Agreement. Donald Trump’s announcement that the U.S. will exit the Paris Agreement was shocking and disheartening, but it isn’t the crushing blow to the environment that many people are decrying it to be. This is simply because, regardless of government intervention and stimulus, global trends are making renewable energy cheaper than fossil fuels. Moreover, there is widespread recognition that the future of job creation lies in the renewable energy sector. Thus, with or without Donald Trump, the grassroots movement in favor of climate change will continue and will find leadership elsewhere. There is no dearth of businessmen, politicians and activists that have openly expressed their support for environmentally sustainable initiatives.

The Paris Agreement, adopted by consensus in December 2015, states that each country must determine and report on its own contribution to mitigating global warming by managing greenhouse gases and cutting down on CO2 emissions. There is no mechanism to enforce—countries could default on their Nationally Determined Contributions (NDC) and face the consequences of unfavorable international opinion, censure by world leaders and lack of involvement in climate-friendly economic accords and trade deals. They will not be held accountable in an international court. Therefore, the Paris Agreement simply holds that each country must set its own targets and make a concentrated effort to reach them. There are no penalties if a nation fails to do so.

In light of this, Trump’s exit from the Paris Agreement is largely a symbolic gesture. If the Trump administration had continued the participation of the United States in the Paris Agreement, they could have chosen to simply ignore the NDCs to show their disapproval of climate change theories. Defaulting on their targets would not have significantly harmed the U.S. in any way, apart from inviting a certain degree of criticism. The major impact of Trump’s decision is that it upends a legacy of the U.S. providing leadership on critical international initiatives. It’s a clear declaration of Trump’s isolationist policy, which holds that the U.S. will focus on domestic issues rather than being at the forefront of international coalitions and movements.

By pulling out of the Paris Agreement, the U.S. has joined the small cohort of nations that were not signatories of the Paris Agreement: Syria and Nicaragua. It is important to note the differences in rationale: Syria is in the throes of a civil war that has ravaged the country and Nicaragua has criticized the deal for not being radical enough. The tiny Central American nation has been called a “renewable energy paradise” by a 2013 World Bank Report because it gets over half of its energy from renewable energy and is on track to increase that to 90% by 2020.

Moreover, in November 2014, the U.S. had pledged about $3 billion to the Green Climate Fund, which is supposed to receive nearly $10 billion from over 40 countries to help developing nations reduce their greenhouse gas emissions. Of this amount, $1 billion has already been paid to the Fund by the Obama administration. On June 1st 2017, Trump stated that the U.S. would renege on fulfilling its commitment to the Green Climate Fund because, he claims, the United States’ global leadership role hurts its own economy and citizens. Immediately after Trump’s announcement, businessman Michael Bloomberg announced that he would give $15 million from his personal wealth to help fill the vacuum that has been left by the federal government. Although this doesn’t amount to the original contribution of the United States, other countries and international organizations may be willing to contribute to the Green Climate Fund in the coming years, in addition to donations from private citizens like Bloomberg.

The Conference of Mayors, a bipartisan group of over 1,000 mayors, denounced Trump’s decision and pledged to meet climate change goals of the Obama administration by working to reduce greenhouse gases through state and local measures. Moreover, nearly 30 states, two dozen cities and a majority of Fortune 500 companies already have plans to cut back on emissions and to switch to renewable energy in the coming years. The number of entities willing to act independently is likely to increase as prices of solar and wind energy continue to fall due to a global switch towards renewable energy.

Efforts to combat climate change will continue, both in the U.S. and abroad. The bulwark against Trump’s regressive measures has already been formed by a coalition of states. California and New York announced their intention to cut greenhouse gas emissions to 40 percent below 1990 levels by 2030. Hawaii hopes to be fully dependent on renewable sources by 2045. The Republican governor of Massachusetts also proposed new rules for power plants and vehicles to cut down emissions in December 2016. Emissions are already down by around 20 percent. In some states, including Iowa, Illinois, Kansas, Nebraska and parts of Texas, new wind turbines can generate electricity at a lower cost, without subsidies, than any other technology.

In addition to states, businesses are already doing their part as well. In April 2017, Walmart announced that it planned to remove one billion tons of greenhouse gas emissions from its supply chain by 2030. “That’s more than the annual emissions of Germany. It’s the equivalent of taking 211 million cars off the road every year,” stated Fred Krupp, president of the Environmental Defense Fund (EDF). The EDF is working with companies like Walmart that are emerging as champions of climate change initiatives.

Donald Trump’s decision imperils the foundations of the leadership of the Republican Party. Recent polls show that 64 percent of Americans are concerned about climate change, 71 percent want America to participate in the Paris agreement, and an even larger share favor clean energy. If the Republican Party fails to exercise leadership on the issue of climate change, more citizens might start looking at the Democratic Party for leadership. As far as environmental goals are concerned, the federal government’s inaction does not necessarily amount to inaction on the part of the nation. Environmental targets set by the Obama administration can still be met by states, cities, companies and individuals acting independently of the federal government.