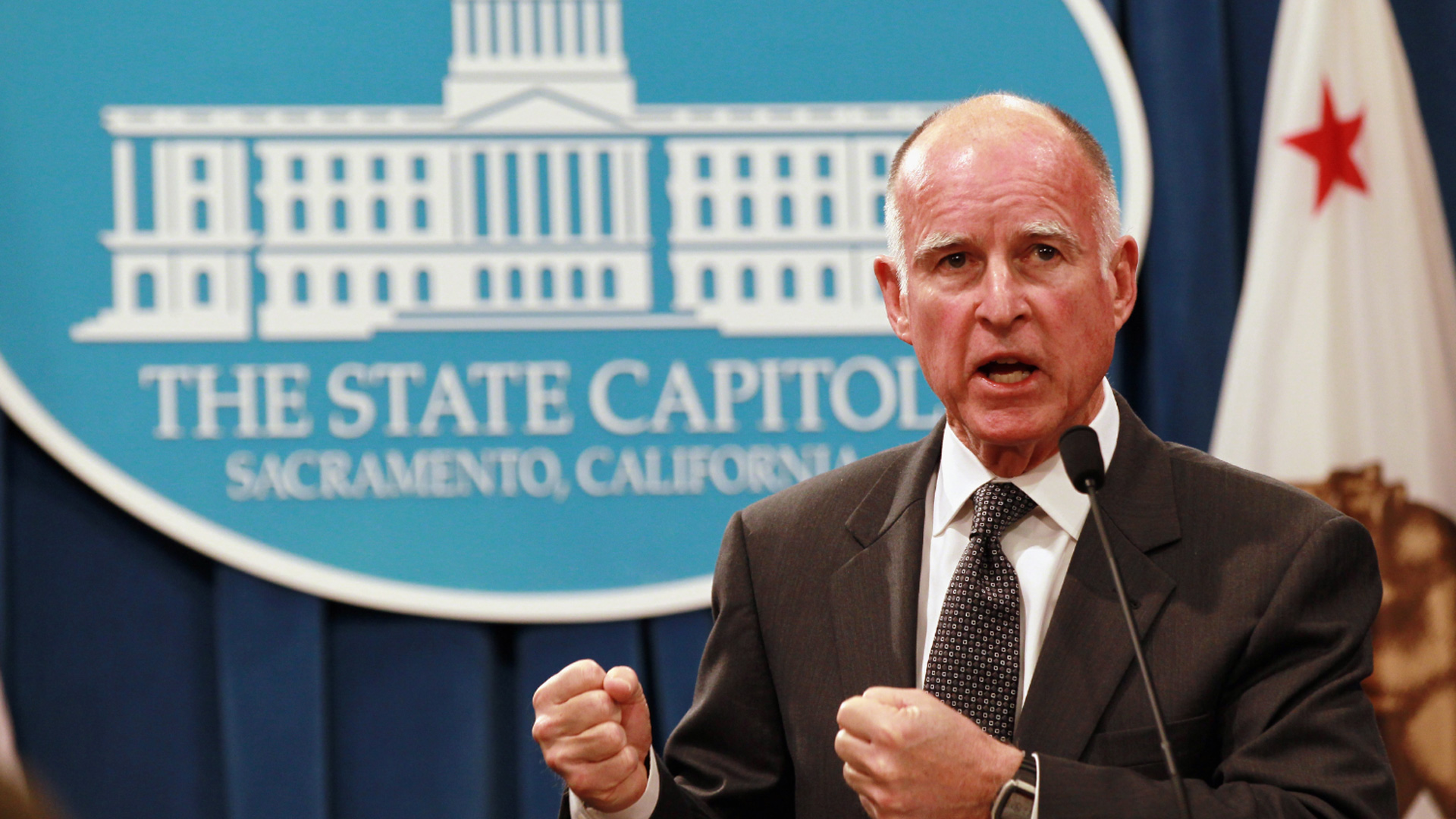 In 1975, a strange and eccentric character ascended to the Capitol building in Sacramento. Nicknamed “Governor Moonbeam”, this young upstart of a politician was a new type of executive: he didn’t live in the Governor’s Mansion, he drove an economy-class car, and he walked to work. Yet Jerry Brown’s unorthodox habits did not stop him from advancing a powerful new agenda that was at once both conservative and very liberal. He crusaded against the death penalty and was a staunch supporter of environmental protection, but at the same time he cut taxes and supported a Balanced Budget Amendment to the Constitution. In both policy and personality, Jerry fought hard to step out from the shadow of his father, former Governor Pat Brown, who preceded him as a consequential governor of the state. Today Jerry Brown is yet again the Governor of California, but he is rapidly approaching the end of his final term. Whether he emulates the image of his father or stays true to Governor Moonbeam to the very end, Jerry Brown must decide what legacy he wants to leave after over four decades in California politics.

Jerry Brown is the longest serving governor in California history and, because of new term limit laws, the longest who will ever serve. His political resume in California includes stints as Attorney General, Mayor of Oakland, and Secretary of State, as well as several failed runs for President of the United States. The undoubted pinnacle of Brown’s career, though, has come from his four terms as governor. Brown follows his father in service as governor of California, but unlike Pat Brown, Jerry has served two nonconsecutive sessions as governor. Jerry Brown served two terms as California’s second-youngest governor from 1975 to 1983, and another two terms as California’s oldest governor from 2011 onwards. While his political agenda of today is largely the same as it was decades ago, the bizarrely austere and hippy-esque habits of Brown’s first term as governor are long since gone, as Brown has today assumed the role of elder statesman in state politics.

Brown first took office as governor in 1975, riding to success in many ways off of the reputation of his father. Pat Brown served as governor from 1959 to 1967 and enjoyed a positive legacy in the state as a popular progressive governor, and his son was able to parlay this name recognition into early success. In many ways, Jerry Brown’s time as governor can be viewed in relation to that of his father’s period in the Capitol. Pat Brown was a pragmatic yet ambitious Democrat as Governor, and was one of the last of the “New Deal Democrats” who focused on large government spending on infrastructure. He was extremely influential on the state, and built massive public works projects including the State Water Project and much of the highway system. Unlike Pat, however, Jerry Brown has been much more fiscally conservative as governor. Jerry Brown’s first tenure in the Capitol was marred at the very end by his failure to successfully build a Peripheral Canal linking the LA water system with the Central Valley. This presaged the “Taxpayers’ Revolt” of the 70s and 80s, wherein large government projects became extremely politically unpopular. While Pat Brown was able to build very large infrastructure projects as Governor, his son has thus far been unable to replicate even a fraction of his father’s success in that regard.

Though he got his start as a boy-governor sleeping in a cot off of K Street, Jerry Brown is today becoming a different sort of executive than he once was. While he is still considered to be fiscally conservative, Brown is increasingly beginning to tackle large infrastructure projects, much like his father did. This is no easy task, as no large government projects have been successfully built in California since the 1960s. Gov. Brown is trying to change that, by heavily pushing his controversial Twin Tunnels and High-Speed Rail projects that would, respectively, divert water from the Sacramento River Delta to Southern California and provide a high-speed rail link between San Francisco and Los Angeles.

The “Governor Moonbeam” of the 1970s is far removed from the figure Jerry Brown is today. The difference between the two men is stark: the Moonbeam of the 70s was seen as an ascendant star in the Democratic Party, while the modern Governor has dealt with two failed runs for President, a near-collapse of his political career, and a redemption to the same powerful office he once held decades ago. Gov. Brown still holds many of the same frustrated ambitions that he once did in the 70s, but as his time in office draws to an end, Brown has realized that the office of Governor is terminal for his career. Thus, to mark his legacy on California much like his father did, Brown has departed from his long-standing fiscal conservatism and broke from a fifty-year precedent against large infrastructure projects in California. Only time will tell if the current political climate will allow the Twin Tunnels and High Speed Rail to become a reality, but these projects represent the last best hope that Jerry Brown has to emulate his father and leave his mark upon the state of California.