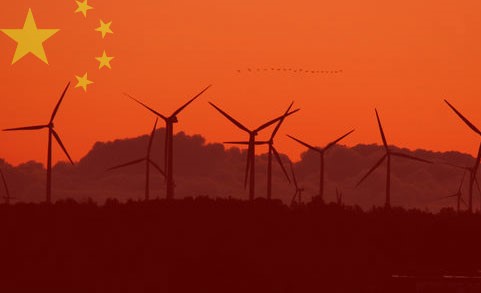 In order for China to compete with the scale and magnitude of United States’ soft power, it must increase its investment in the renewable energy sector. Although China has made considerable strides in heightening its presence in solar and wind energy in the past decade, it must become the foremost name in clean energy in order to capitalize on the golden opportunity provided by the US’s withdrawal from this arena. This will considerably enhance its ability to build better ties with the developing countries of South Asia and Africa that are looking for a partner to lead and advise them in their desire to develop sustainably.

In 2009, China outpaced the United States in clean energy investments for the first time with Chinese clean energy investments hitting $34.6 billion, almost double the US total of $18.6 billion, according to data released by the Pew Charitable Trusts. The US lacks a strong nation-wide consensus about the role the country should be playing in the renewable energy sector. What is needed urgently is an understanding of climate change and its close association with diplomacy and soft power. This has caused a vacuum to emerge in this field which has been shrewdly exploited by China in its rise as a global leader in environmental initiatives and sustainable technology.

On 5th January 2017, the National Energy Administration announced the state’s intention to invest more than $360 billion by 2020 on renewable power sources like solar and wind. The agency stated that China would create more than 13 million jobs in the renewable energy sector by 2020, curb the growth of greenhouse gasses and reduce the alarming quantities of soot that has enveloped most Chinese urban centers.

A large part of the government’s agenda was influenced by international and domestic protest against the smog problem in cities such as Beijing and Shanghai. Moreover, China has demonstrated noteworthy determination to surpass its target: Greenpeace experts believe that China can achieve its goals as early as 2018 if the pace of implementation remains the same. It should be applauded for its shrewd understanding of the long-term benefits and job creation potential of renewable energy; to this end, China is hoping that its investment will increase energy consumption by 68% and lead to millions of new jobs for its citizens.

However, this investment is only an iota of the initiative that China needs to demonstrate in order to dominate the renewable energy sector. In order to truly rival the United States as a global power and leader to the developing world, China must immediately increase its investment after the 2020 Agenda has been attained.

China’s new strategy is being developed at time when a crucial shift is occurring in international affairs: Donald Trump, the newly elected President of the United States, is preparing to turn the country away from environmental initiatives. An outspoken climate change doubter, Donald Trump ran on a platform of strengthening preference given to fossil fuels and pulling the US out of global climate change initiatives such as the Paris Agreement. Moreover, he has picked Scott Pruitt, a staunch opponent of President Obama’s rules to reduce carbon emissions, to lead the Environmental Protection Agency.

These actions demonstrate a sharp rollback of the United States’ policy of promoting environmentally sound economic policies in the international sphere. It is important to recognize that under President Obama’s tenure, renewable energy helped to increase the clout and soft power that the United States possessed globally. It was able to promote trade relations with developing countries on the basis of sharing environmentally friendly technology, much coveted by developing countries, and following sustainable economic policies. One such developing country is India: President Obama was able to revive bilateral ties by concluding agreements with Prime Minister Modi to cut the use of hydrofluorocarbons and by pledging to create a $20 million fund that would allow the US to invest in India’s renewable energy development. With Donald Trump’s swiftly changing policies and disparate worldview, the United States’ clout and entailing relationships with developing countries have been thrown into turmoil.

Trump’s policy changes have far reaching consequences for the economy and the future of job-creation—the investment commitment made by the Chinese, combined with Donald Trump’s moves, means jobs that would have been created in the United States may instead go to Chinese workers. Trump’s moves will be counter-productive in the long run as he is failing to tap into the job creation potential of the renewable energy sector. Although he ran on a platform of creating more jobs for Americans and combating unemployment, his agenda will only provide short term relief and degrade the environment in the process. The moribund fossil fuel sector will not be able to sustain the economy in the coming decades and a shift to renewable energy will be required in order to boost growth. In this scenario, China is gaining international admiration for its shrewd economic measures and environmentally-friendly policies.

China’s renewable energy exports are important in light of the fact that 2015 marked the year in which the developing world outpaced the developed countries of the West in renewable energy investments for the first time. A bulk of this investment originated from China, India and Africa. These countries are slowly turning to renewable energy for multiple reasons. Due to increasing proliferation these methods are becoming cost-effective, with costs plummeting greatly in the past decade with greater supply. Furthermore, they ensure a better future for coming generations and more sustainable growth in the long-run.

China is solidifying its stance as a prominent mass exporter of renewable energy technology: it is home to hundreds of manufacturing plants that are constantly churning out solar panels and modules. It produces between one-third and one-half of the world’s total supply of photovoltaic solar cells. However, it only accounts for 1 percent to 5 percent of the working installations. Instead of helping to meet China’s domestic energy demand primarily, the bulk of Chinese manufactured solar energy equipment gets shipped overseas to countries such as Germany, Spain, Denmark and a handful of developing African nations that China has strong economic ties with.

The Global South is swiftly increasing its consumption of this technology. In the past decade, Bangladesh has become the world’s largest market for solar home systems, and other developing countries (such as Kenya, Uganda and Tanzania in Africa; India and Nepal in Asia; Brazil and Guyana in Latin America) are seeing rapid expansion of small-scale renewable systems. Sensing an opening to develop better relations with the Global South, China is portraying itself as a viable economic partner. Therefore, China’s strategic move to dominate the renewable energy sector is not only an environmentally sound decision but also a crucial political maneuver. Its desire to dominate the renewable energy is spurred on by the potential to enhance its soft power and to replace the US as the hegemonic economic leader. China is hoping that by dominating renewable energy, developing countries will be induced to enhance bilateral trade ties and give preference to Chinese interests over US interests.

However, this strategy is not without its shortcomings; China has an abundant supply of coal and will face immense pressure from business interests that want to stymie China’s pivot to renewable energy. If China is to lead the developing world on the issue of renewable energy, it must remain steadfast in its mission and increase its investment in the coming decades.