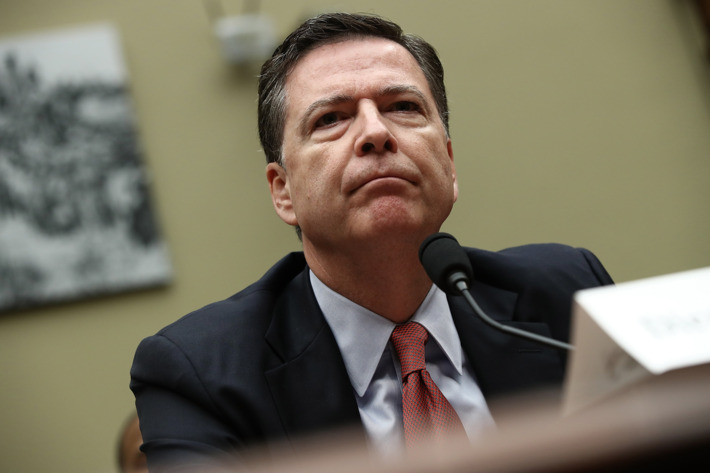 A Matter of Pride and Prejudice: The Firing of FBI Director James Comey

It all began as an October surprise. On October 30, 2016, just days before the Presidential election that would cause an upset of historical proportions as Donald Trump was elected the 45th President of the United States, headlines read much like this Politico one: “The Very Political James Comey: The FBI director says he doesn’t “give a hoot” about politics. But when it comes to Clinton and her emails, he’s made a series of political decisions that have jeopardized the integrity of the FBI – and the U.S. election process.”

These headlines followed a reversal of the FBI Director’s previous recommendation that “no criminal charges” be brought forth against former Secretary of State Hillary Clinton with respect to her “handling of classified information as secretary of state.” In the words of Mrs. Clinton, this reversal in policy is “pretty strange” particularly with regard to how “little information” was included “right before an election.” She added that “in fact, it’s not just strange; it’s unprecedented and it is deeply troubling.” Her comments follow James Comey’s release of a letter to congress eleven days prior to election day outlining that new “emails pertinent to the closed investigation into Hillary Clinton’s private email server were discovered on a computer belonging to Anthony D. Weiner.”

So unprecedented and unusual were his actions, that they brought on the criticism of Democrats and Republicans alike, leading to what many journalists began referring to as “defensive” action on the part of Mr. Comey in a last effort to save his pride, as he released an “internal email to bureau employees that he had felt obligated to inform Congress” about the newly surfaced material even prior to its examination. As John D. Podesta, former chairman of the Clinton campaign announced, Comey’s letter “refers to emails that have come to light in an unrelated case, but we have no idea what those emails are and the director himself notes they may not even be significant.”

However, this controversy is not an isolated incident. In July of 2016, Director Comey broke from tradition by hosting a press conference to “castigate her [Hillary Clinton] and her staff for their ‘extremely careless’ email practices”, an act that former Attorney General Loretta Lynch calls Comey’s “original sin.” This action alone led to Republican-led Congressional investigations that questioned his decision in acting in that fashion.

Regardless of the impact of this October surprise on the election, or even Comey’s July press conference, the actions that James Comey took in the days leading up to the election were not those of an unbiased or nonpartisan Director of the FBI. They demonstrated carelessness at best and absolute and targeted prejudice (against Hillary Clinton) at worst. His actions were unprofessional and for that, he should have been fired immediately following the inauguration of Barack Obama’s successor.

For some unspecified reason, this was not the case. Rather, FBI Director James Comey remained in office well past President Trump’s one hundred first days in office, a misstep to be sure. Nevertheless, with James Comey’s firing, regardless of timing, the outcries of lawmakers, Democrats and Republicans alike, along with the mainstream media, are unwarranted. Perhaps the timing of Director Comey’s firing is suspect, but the action itself should be uncontroversial. The Trump administration retains that the firing of “FBI Director James B. Comey on Tuesday” came at the “recommendation of senior Justice Department officials who said he [Comey] had treated Hillary Clinton unfairly and in doing so damaged the credibility of the FBI and the Justice Department.”

While throughout Trump’s campaign, he at times praised “Comey for his ‘guts'”, at other times, he “explicitly criticized Comey and McCabe for their roles in the Clinton probe.” Following backlash from Democratic lawmakers on Comey’s firing, Trump correctly pointed out via Twitter that Comey had “lost the confidence among everyone in Washington, Republican and Democratic alike.”

Donald Trump, as President thus far, has made mistakes, the number of which varies based upon one’s location on the political spectrum. However, firing James Comey is not one of them.

The timing and way in which Director Comey was fired was a mistake, but the action itself was not. Democratic lawmakers in particular point out that the firing of James Comey coincides with the launch of an ongoing investigation “into alleged ties between Trump’s campaign and Russia.” Vice-President Mike Pence insists, however, that “there is no evidence of collusion between our campaign and any Russian officials” and that James Comey’s firing was independent of this investigation.

Republican lawmakers additionally find Comey’s firing “troubling.” Senator Ben Sasse, a rising star among Republicans, comments that the “appearance of this situation and its timing” further “feeds into the American public’s distrust of institutions, which has been on the downward spiral for decades.” However, precisely for this reason, Mr. Comey had to be fired. He had dissolved public trust for the FBI beginning in July, a dissolution reinforced further in October. While the timing and way in which Director Comey was fired was a mistake, the action itself was not.

But one thing must be made perfectly clear above all else – despite bipartisan outcries such as Senator Sasse’s argument that “the FBI director has a 10-year term for a reason”, it is important to recall that it is entirely within the President’s constitutional power and prerogative to fire and hire FBI directors, and indeed, any exclusively executive appointees for any reason whatsoever, subject only to the Senate’s confirmation of nominees.

In the days to come, Donald Trump will appoint an individual to replace former FBI Director Comey. Whoever that individual may be, it is the responsibility of the Senate to verify that he or she is fit for the duty of that office. If the suspicions of President Trump’s critics are correct and his firing of James Comey was for the sole purpose of halting an investigation into his connections with Russia, then it is the responsibility of the Senate to ensure that whoever the new appointee may be, he or she does not overlook this matter in exchange for being appointed in the first place.