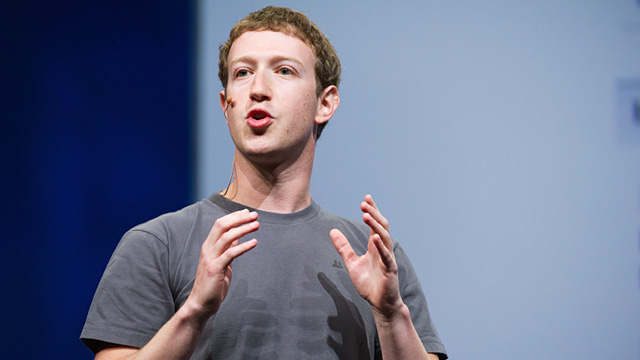 The Conflict of Curation

In recent years, social media giant Facebook has been a source of criticism due to revelations of content curation by employees. The process is described as “Curators using technology to collect, organize and contextualize information. Curators brought their style, point of view, and voice to the curated collections they gathered and managed. Simply put, in an era of too much information, curated content is slimmed down, edited for both quality and context, and delivered in a form factor that fits the targeted audiences needs and appetite.”

The thought is not that these “curators” are malicious in intention or specifically trying to sort data in specific ways, but that the very existence of a curation teams poses questions about how individuals receive news today. The most specific example of this curation is the Facebook trending news bar, which is managed and sorted by employees; who have a direct authority on the stories that are featured. In other words, the stories that Facebook users receive are directly managed and curated by other individuals.

In an interview with The Guardian, Justin Osofsky, Facebook’s vice-president of global operations, stated, “We have at no time sought to weight any one viewpoint over another, and in fact, our guidelines are designed with the intent to make sure we do not do so.” While Facebook may not intentionally be sorting data for a political bias, by virtue of sorting the trending feed they hold a great responsibility in staying unbiased. The greater issue is the control of bias and how to retain  impartiality in news. The ways in which individuals receive news are vastly different and more numerous that in decades past, which has made receiving unbiased information more challenging. In the case of Facebook, individuals use the source for daily consumption of current events, political and economic news which has a deep influence on their political leanings. By curating information in a manner that feeds into these perceived political notions, more stratified schools of thought and a more polarized society ideologically occur. By feeding into consumption of news sources that are already aligned with those of specific users, even if without intent, this modern climate of varying news sources and news on social media has led to more polarization. Facebook is not alone in this, but perhaps unique in their massive presence in the daily consumption of news.

However, the unbelievable amount of information available has led to a large margin of error and presence of bias in news, leading to individuals trusting news sources less. According to Gallup Polls, the public’s trust of the accuracy of news stories is the lowest it has been in more than two decades, with only 32% of Americans saying they trust the news media. This has created an environment in which individuals consume specific stratified sources of information, which only further fuels their polarizing political views, which Facebook’s curation method exacerbates and fuels.

What makes Facebook’s issue of content creation perhaps even more intriguing and more politically conflicting is Mark Zuckerberg’s potential desire to hold office. Many news outlets have pointed to Zuckerberg’s desire to hold public office in the future, a possibility that now holds threads of reality given the success of Trump’s outsider campaign. Zuckerberg is currently touring the 50 states and meeting with everyday individuals and owners of small business to discuss their difficulties and ways to help Facebook “connect” them to opportunities and help with everyday flow of their business. He recently stopped and prayed with the parishioners of the Mother Emmanuel Church in South Carolina, which was the site of a brutal attack in 2015 perpetrated by Dylan Roof. These visits have shown Zuckerberg’s willingness to step more into the public arena and discuss issues that cross into the political boundary.

If Zuckerberg were to pure pursue public office, he would put Facebook and the curation team in an extraordinary position, allowing them to influence how individuals viewed news that shape a potential election. Even without a potential political career for Zuckerberg, which for now is simply a theory, the methods of Facebook’s curation, particularly constructing the trending feed, pose human bias. If Zuckerberg were to run for the presidency in 2020 or 2024, new ethical questions regarding content curation and conflicts of interest in politics would be raised in an unprecedented manner. This would pose an interesting contrast in a potential race against incumbent President Trump, who faced criticism regarding his own conflicts of interest in the office. Not only does a potential Zuckerberg bid pose an interesting scenario regarding business conflicts, but also regarding the qualifications needed for pursuing the office. Before Trump’s presidency, a potential candidacy for an individual with no prior political experience seemed highly unlikely, but now successful private sector individuals such as Zuckerberg pose an interesting threat to career politicians increasingly disapproved of by individuals in both political parties.

Going forward, in a political environment that is only becoming more polarized, the manner in which individuals receive their news will have a large impact on how they view issues. News sites hold a increasingly more influential place in the protection of the objectivity of information.