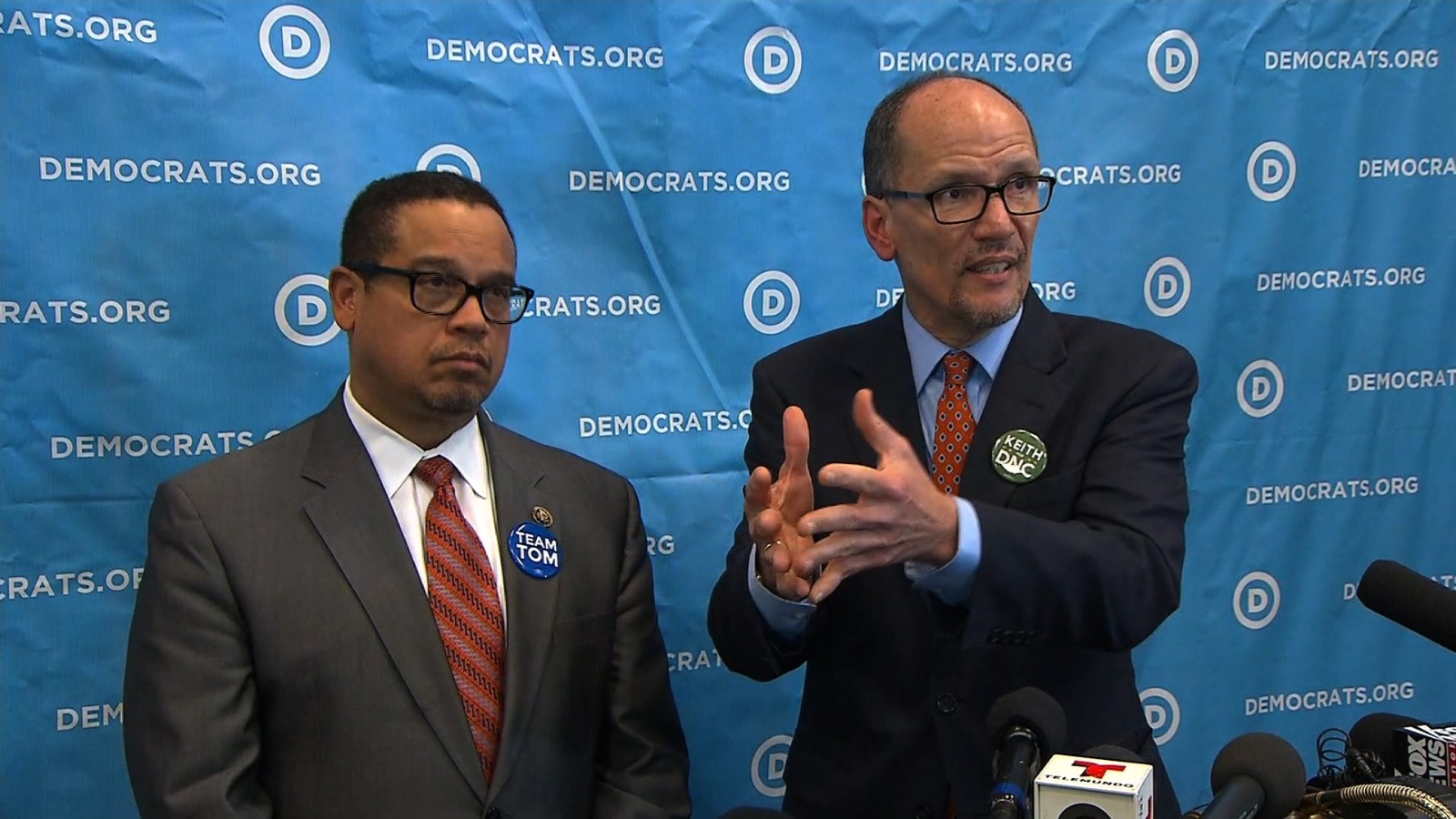 Will the Party Go On?

The Election of Tom Perez

Tensions were high as delegates cast their ballots for the DNC chair. It had been the only contested DNC election since 2005, and is the first major election the Democratic Party has had since losing the 2016 election, bringing it to the national spotlight. After the recent Republican victories, all Democrats were looking to a strong leader to bring power back to their party. On the second ballot, there were only two candidates left: Tom Perez and Keith Ellison. Ellison was seen as the crusader of progressives–he was going to carry on the legacy of Bernie Sanders and shake up the party. Perez was seen as the choice of the establishment because of his role as Secretary of Labor in the Obama administration.

And then it was announced: Perez had won. There was an uproar in the crowd as the Ellison supporters mourned their loss. One Ellison supporter, Alexa Vaca, claimed that the vote showed that the Democratic Party was “not going to be in touch with the people and they are not ready to move in a new direction despite the rhetoric.” Many walked out of the room in anger, and may have walked away from the party as well.

This election was seen as a battle between the establishment and the new grassroots movement. This rhetoric has led to fears that the more liberal wing of the party may get fed up and leave the party due to this election. However, given Perez’s liberal policy and the lack of alternatives available to liberals, it seems likely that the Democratic Party will be able to win these voters back.

The divide between these candidates as grassroots or elite formed in large part because of their endorsements. Senator Bernie Sanders endorsed Ellison, which endowed him an image as the candidate for the people. Perez, on the other hand, was endorsed by more establishment Democrats, such as former Vice President Joe Biden and most of Obama’s former cabinet members. The fact that these prominent “established” party members endorsed Perez led many to believe that he was a candidate who believed in more centrist, establishment values while Ellison was a warrior for progressivism. However, this is a false comparison. Chuck Schumer, the current Senate minority leader, endorsed Ellison, and many labor unions endorsed Perez, showing that it was not a clear cut establishment versus grassroots support. There were members of the establishment who supported Ellison and Perez had grassroots support, despite popular perception.

This same perceived progressive versus centrist divide also becomes muddled when looking at their platforms. The basic ideas that they support do not differ much. Both are in favor of basic progressive values and want to expand grassroots efforts to help rejuvenate the party. Both feel that expanding people’s ability to vote is essential for the party’s future. And both acknowledge that the Party failed in 2016 and want to work to improve the Party’s messaging. Though deemed a centrist by many Sanders’s supporters, Perez was considered to be the most liberal member of President Obama’s cabinet. Many delegates who voted for him claimed that they liked his emphasis on state-level elections, not that they felt he was a centrist. His general support for liberal ideas shows that he can still represent the kind of change that Ellison supporters want to see.

Perez solidified this platform when he immediately appointed Ellison to be his Deputy Chair, sending a message that the two men are united in rebuilding the Democratic Party. Ellison has said that he believes “The very fate of our nation… is in the balance right now.” This shows that both men are committed to party unity, in part because they acknowledge that their similarities are more important than their differences.

Yet this alliance has not been enough for some far-left Democrats. Some supporters, like Adam Green, co-founder of the Progressive Change Campaign Committee, saw this election as a sign that “the winds of change cannot quickly come through the DNC. Maybe that’s intentional.” This disillusionment in the Democratic Party is becoming common among progressives in the party. Many who believe that the Democratic primary was rigged against Bernie Sanders saw this as a confirmation that the system is rigged against them in the Democratic party.

Some progressives, deemed the “Bernie or Bust” crowd by many, are now threatening to leave the Democratic party. They saw this election as the final sign that the party is not willing to listen to them and that it will continue to be “an irrelevant, old, stale entity.” But who benefits from this detraction? Where will these voters go? The most likely answer: the Green Party. In the 2016 election, Jill Stein received about 1 percent of the vote. When you compare this to 2012, when she only received 0.4% of the vote, it becomes clear that something changed. After Sanders lost the primary, Stein and the Green Party made an active effort to woo Sanders voters. They hoped to build off of the grassroots spirit of the Sanders campaign, and for some, the Green Party was an attractive alternative to the Democratic Party. The fact that they got over twice as many votes in 2016 than 2012 shows that this effort was not in vain.

What remains to be seen is whether these progressives will leave the party in significant numbers. To many, it seems unlikely. These far-left progressives are not happy with the direction the country is going under Republican leadership are concerned about the “more immediate matter of Mr. Drumpf’s almost daily provocations and the raging backlash to his hard-line agenda.” This common enemy between the establishment Democrats and far-left progressives may make many hesitant to leave. Though they may be able to run to the Green Party, the US electoral system makes it nearly impossible for third-party candidates to be viable nationally. Many worry about the impacts of voting third party and would rather see an imperfect Democrat in power than a Republican and blame Hillary Clinton’s loss on people defecting to third parties. This, along with Ellison’s calls for unity, will likely be enough to keep these people in the party.

This year’s DNC election was like no other. Right now, many progressives are passionate and scared and they fueled that energy into this race. Though they may have lost this election, these people are vital to the Democratic Party. Their energy and spirit is what the party needs to obtain the wins it wants in 2018. If  Democrats are to regain power, the message of unity will need to shine through and this energy must stay within the party.