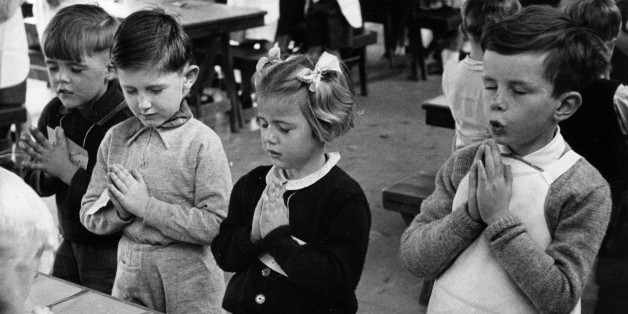 Separation of Church and State?: What the First Amendment Really Meant

Ronald Reagan, known for his one-liners, often joked that “as long as there are final exams, there will be prayer in public schools.” Though intended as a humorous aphorism, the debate over the role of religion in public schools has persisted over the decades.

“Separation of church and state.” It is a mantra every American has heard and is a maxim that many liberal lawmakers live by, serving as just another point of contention between them and many Republicans who argue instead that religion should play a role in daily life, even in public schools.

For the past century, the role of religion in America has been questioned and gradually declined as Supreme Court decisions and public policy has shifted away from its open practice in public environments, particularly in regard to its application in public schools. In one of the most notable Supreme Court cases regarding the practice of religion in public schools, Engel v. Vitale (1962) found it a violation of the Establishment Clause of the Constitution for schools to sponsor prayer. Just one year later, the Supreme Court additionally restricted the reading of the Bible over the intercom via the decision in Abington School District v. Schempp (1963). Aligning with those decisions, in 1985, Wallace v. Jaffree found it unconstitutional for public schools to even hold moments of silence if those “moments of silence” were intended to encourage prayer.

Though mentioned at no point in the US Constitution, the argument calling for the “separation of church and state” has been constantly used by proponents advocating for the removal of religious elements in public schools. However, one daring bill in Florida may shift the national debate regarding the role of religion in public schools to a new debate regarding its ability to be a source of expression as protected by the Constitution.

In a bold new move, Florida State Senator Dennis Baxley (R-Ocala) sponsored Florida SB 436 in 2017 called “Religious Expression in Public Schools” with the express mission of “prohibiting a school district from discriminating against students, parents, or school personnel on the basis of religious viewpoints or expression.” As the former executive director of the Florida Christian Coalition, the original House co-authors of the bill, Democratic State Representatives Kimberly Daniels (D-Jacksonville) and Patricia Williams (D-Fort Lauderdale) reached across party lines to propose the passage of this bill into state law. Drawing from her background as a city councilwoman and as a Christian pastor, Representative Daniels believes it necessary that religious expression should be allowed in public schools if a student wishes to express themselves in that way. Likewise, Williams argues that “if we as legislators can pray if we want to, then why can’t our children?”

Though no exact date has been set for the final vote of this bill, given its support from politicians on both sides of the aisle, it is projected that this bill will pass particularly following the passage of a similar bill in Kentucky in March of 2017 (passed 81-8) which would “prohibit school officials from punishing students for wearing religious messages on their clothes and expressing religious or political beliefs in homework, artwork and speeches”. Given the support of this Kentucky bill, it is likely that Florida’s similarly worded bill will pass as well. If so, it will be a monumental victory for social conservatives, particularly evangelical Christians who have supported such proposals in the past, despite firm opposition.

The aim of the bill is to ensure that “school districts” do “not discriminate against any student, parent, or school employee because they shared their religious viewpoint.” Through the language of the this bill, it appears as if a clear argument for freedom of expression is made rather than an effort to infringe upon the doctrine of separation of church and state. Though a seldom made argument, freedom of expression, and its source, freedom of thought, are often referred to by constitutional scholars such as Supreme Court Justice Benjamin Cardozo in Palko v. Connecticut (1937) as being “the matrix… of nearly every other form of freedom.” In this way, the preservation of religious expression in public schools becomes fundamentally associated with the idea of freedom of thought.

However, not all Floridians feel this way. Despite Republican calls for increased religious freedom of expression in public schools, opponents of this bill cite that “current law and court rulings already provide sufficient and important protections to both students and teachers” in terms of religious freedom through the secularization of public education so that no religion is more represented than another. As an opponent of the bill, Carol Presement, argues, “I think it’s a slippery slope… If you want to pray, you pray on your own or in community centers or your home. Wherever. Not in school.”

Nonetheless, for the parents of a 12-year-old boy in Broward County (in Florida) who was suspended by a teacher for reading the Bible during quiet reading time, those so-called “protections” may seem ineffective to say the least. This incident in particular is one that inspired Democratic lawmaker Patricia Williams to file the bill in the first place. Williams argues that this issue is “very important, and this was very important for me so that students coming after me are given an opportunity to use their freedom of religious expression.”

However, opponents of this bill argue that its language may pose issues. Attorney Scot Goldberg “warned there could be legal trouble” if the bill passes and opposition groups such as the Anti-Defamation League and Equality Florida argue that this bill is “too broad”, claiming that this bill could allow “student or teachers” to “force their religious beliefs on others and that the bill could potentially lead to bullying of those who don’t share their beliefs.”

Regardless of criticism, this new shift towards allowing, at least in a minimal form, religious expression in public schools, serves as a reversal of previous policy and a monumental victory for organizations such as The Heritage Foundation who have proclaimed that “religious liberty and expression is under attack” in America. Though localized at the state level at this point, if this bill does pass, it may pave the way for future legislation in other states, and perhaps even national legislation reasserting religious freedom of expression in public schools.

Though this bill is unprecedented in nature prior to 2017, when examining popular opinion across America, far more favor something even more extreme than Florida’s new bill. Despite decline over the years in terms of favoring daily prayer in public schools, 61% of Americans as of 2014 still favor such policy. After broadening the scope of the poll, an even greater majority are in favor of religious expression in public schools. When asked whether they support students being able to pray if they wish in public schools, nearly 80% of responders answered positively.

With the continued public debate surrounding the role of religion in public schools, this new Florida bill serves as a victory for social conservatives and perhaps is a precursor to what is it come in future states. Will Florida be the catalyst for nation-wide reform? Only time will tell.