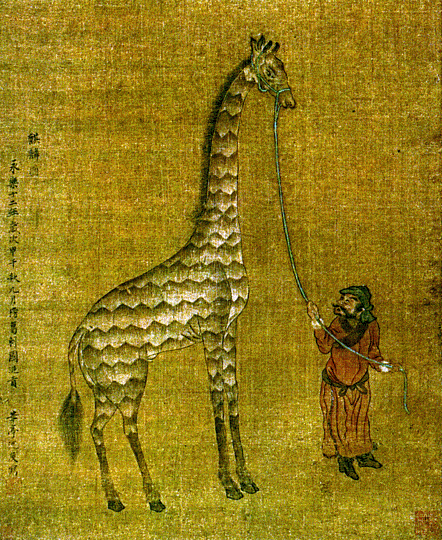 The Ghost of Zheng He: China’s Naval Base in Djibouti

Six hundred years after the Ming Dynasty explorer Zheng He landed in Mombasa and brought back a giraffe, China’s trade presence in East Africa is very much alive. In recent years, China has been expanding a web of infrastructure projects across the African continent. Now, China is in the process of constructing a naval base in Djibouti, only a few miles away from the U.S. base Camp Lemonnier. With this action, China is attempting to protect its commercial interests in East Africa by expanding its projection of military power in the region.

China wants a naval base in Djibouti for multiple reasons. Most important among these is the protection of Chinese commerce. The naval base will be able to assist in this capacity by aiding in antipiracy missions and ensuring that ships are able to pass through the Gulf of Aden unharmed. This is especially important for China because half of all Chinese oil imports come through the Mandeb Strait, which connects the Red Sea to the Indian Ocean. Additionally, the naval base will help support Chinese troops participating in United Nations peacekeeping and humanitarian rescue operations in Africa. The base would also serve as a port where Chinese military and civilian personnel who have spent long stretches at sea can rest and recuperate.

Although this will be China’s first foreign military base, its construction fits within longer-term trends in Chinese foreign policy. China’s military spending has increased rapidly in recent years, and is expected to exceed the military spending of all of Western Europe combined by 2020. China has also been attempting to modernize its navy in order to improve power projection. This base would certainly allow China to project power across Africa and the Middle East, especially if China were to build more naval bases in the region in the future. Andrew Gawthorpe of Harvard’s Belfer Center thinks that this scenario is likely to occur, writing,  “The facility in Djibouti is likely to be the first such installment around the Indian Ocean from which Beijing can in the future protect the maritime trade routes which are so crucial to its economy.” Essentially, China is primarily interested in projecting power across water. This is one reason why this base is unlikely to lead to conflict with the United States, as the U.S. Primarily uses Camp Lemonnier to project power over land in order to combat terrorism in the region. China certainly plans on having a lot of trade routes to protect: Beijing has already signed a free trade agreement with Djibouti, as well as created a framework for Chinese banks to do business there. China is likely to sign similar agreements with other African nations as its commercial web expands.

In addition to the naval base, China is currently building a railway connecting Djibouti to Ethiopia. This will give both China and Djibouti access to a massive emerging market in East Africa, bringing 95 million more people under China’s commercial umbrella. As China continues to invest in infrastructure projects in other countries, more and more Chinese citizens are living and working overseas. These Chinese citizens expect the government to protect their interests, including their physical safety and security. Therefore, the naval base in Djibouti serves not only a strategic military purpose, but will also strengthen the image of the Chinese government among its citizens, especially those living abroad.

As for U.S. interests in East Africa, the military threat posed by the Chinese base is likely minimal. According to Philip C. Saunders, director of the Center for the Study of Chinese Military Affairs at the National Defense University, the Chinese base would not be particularly defensible against a U.S. attack in the event of a war. However, the extreme proximity of the Chinese base to the U.S. base means that the two nations may be able to carry out espionage against one another.

The Djiboutian reception of both China and the United States’ military presence has generally been positive. Many Djiboutians see the presence of foreign militaries as an extra layer of protection against the extremist group al-Shabab, as well as against the small country’s larger neighbors: Ethiopia and Eritrea. The specter of expansionism occasionally rears its head in the politics of these other East African countries, and tiny Djibouti might be an easy target if not for the presence of foreign militaries. In general, Djiboutian officials are in favor of continued Chinese investment in their country’s infrastructure. However, some officials are worried about the nation’s increasing indebtedness to China. Beijing is certainly in this for the long haul, and in the coming years China’s military and economic relationship with Djibouti will likely only get stronger.