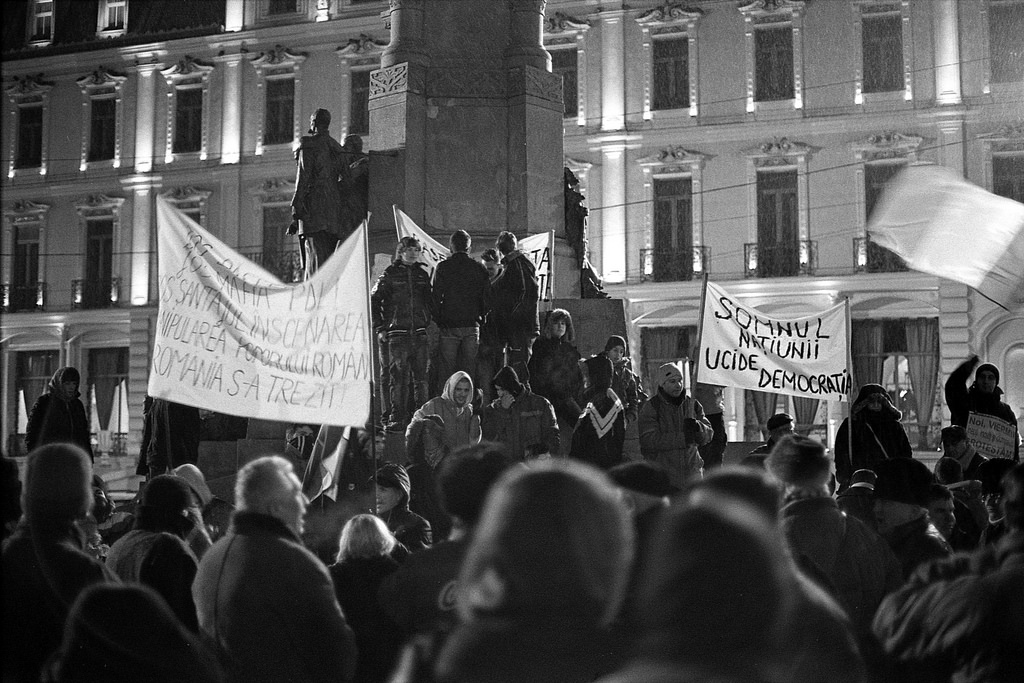 On January 18th 2017, thousands of Romanians swarmed the streets in anger to oppose their government’s reported plans to adopt an emergency law, which would decriminalize forms of corruption if the damages caused amounted to less than $48,000. Though the government withdrew its plans to approve the bill, these protests have now become a nightly occurrence; protesters number more than 250,000 and carry the support of both Romania’s President Klaus Iohannis and Romania’s European allies.

In a country governed as a representative, democratic republic, where the government’s judiciary wing is stipulated to be independent from the executive and legislative bodies, citizens and politicians are wary of a government that seems to legislate and influence its judicial system for its own benefit.

The proposed emergency law would have entrenched the already prevalent clientelism in the Romanian political system by providing parliamentarians and the president with ‘super immunity’, rendering them immune to investigation by organizations such as the National Anti-Corruption Directorate(DNA), Romania’s primary anti-corruption agency. Though the government claimed the bill was considered as a solution for overcrowded prisons, many in Romania see it as a brazen attempt by members of government to evade indictment on a mounting pile of crime. Many Romanian politicians currently have open ties with big businesses, fomenting corruption within the political system.

A particularly egregious example of such corruption occurred in 2013 when the senate approved the Rosie Montana bill, giving the Canadian mining company Gabriel Resources the right to expropriate Romanian land surrounding the mine, showing just how much influence private businesses could hold on the Romanian government. The DNA has made significant efforts since 2014, securing the convictions of over 1,138 people in that year alone.

However, the government’s proposed adoption of such an emergency law threatens to undo these efforts, further exposing Romanian citizens to corruption in crucial industries such as education and healthcare. To make matters worse, this is not the first time such a law has been put forward for suggestion, raising the question as to why this is is a recurring problem?

Though, organizations such as the DNA have made significant efforts to thwart corruption in the past, the legislative branch’s proposal of such a plan highlights that the true weakness lies in the Romanian judicial system for having let such an overtly corrupt law to be even considered in the constitutional court. Romania’s judiciary is far from transparent and thus open to undue influence and intimidation by the legislative and executive branches of government and information agencies such as the Domestic Intelligence Service (SRI).

SRI General Dimitriu revealed in 2015 that the SRI viewed the judicial system as a “tactical field” and also stated that the SRI was conducting wiretaps on several court judges, which is a clear attempt to intimidate members of the judiciary and an explicit form of corruption. Not only does this show how susceptible court judges are to being influenced by private interests in government, but it also hinders the work of the DNA, who relies heavily on the SRI for wiretap evidence in their convictions.

The influence that the SRI, a part of the Romanian intelligence community, has on the judicial system has damaged its integrity in the eyes of both the political community and the protesters who have taken to the streets daily, despite the government already backing down on the approval of the recent emergency law.

To make matters worse, a number of the country’s top judicial bodies have a history of appointing officials with career backgrounds that raise concern for  conflict of interest. For example, that Tony Grebla, a key advocate for the aforementioned, unconstitutional Rosie Montana Bill, was appointed to Romania’s constitutional court in 2013, only to resign in 2015 amid graft allegations. Or, that Lavinia Nicoleta Cotofana was, in August 2016, considered as a candidate for the Superior Council of Magistrates despite having served 11 years with the SRI, the very organization conducting surveillance on court judges.

While it is natural for members of other government organizations to be appointed as judiciary, the Romanian government could, at the least, enforce stricter checks in the appointment procedure in order to prevent apparent conflict of interest. However, the answer may not lie in handing over more of this power to the legislature, as all members of both the Constitutional and Supreme courts are already appointed by either parliament or the president.

In fact, any effort at regaining the integrity of Romania’s judicial system should instead be aimed at improving the transparency of judicial processes in integral, high-level courts such as the Constitutional Court and  Superior Council of Magistrates. For example, making the appointment process for court officials public and subject to further examination by anti-corruption agencies such as the DNA could prove a valuable safeguard against doomed appointments such as those of Mr. Grebla. Not only would this detract power from a famously corrupt legislature, but it would also grant organizations such as the DNA more freedom to operate, possibly reducing their reliance on the SRI and illegitimate means of gathering evidence.

A more empowered judiciary, one kept in check by reliable safeguards, would allow the Romanian government to put place effective safeguards against laws like the recent emergency law. For a government indefinitely besieged by protesters, it is becoming increasingly necessary to regain the people’s trust by preventing politicians from further evading investigation in such a manner.

Unfortunately, achieving an incorruptible judiciary would only partially solve the problem, as corruption permeates the Romanian economy even at a lower level. While the protesters might have successfully fought off the emergency law, much remains to be done about the graft, cronyism and  bribery abundant in Romanian businesses and public service. Corruption reared its head in an ugly way in 2015, when 37 survivors of a nightclub fire died in hospital from infections caused by the use of watered down disinfectant illegally supplied by the medical company Hexi Pharma; an example of the damage that corruption has dealt to crucial health and education services. Indeed, when corruption abounds in a country, efforts against it can turn into a fight between life and death.