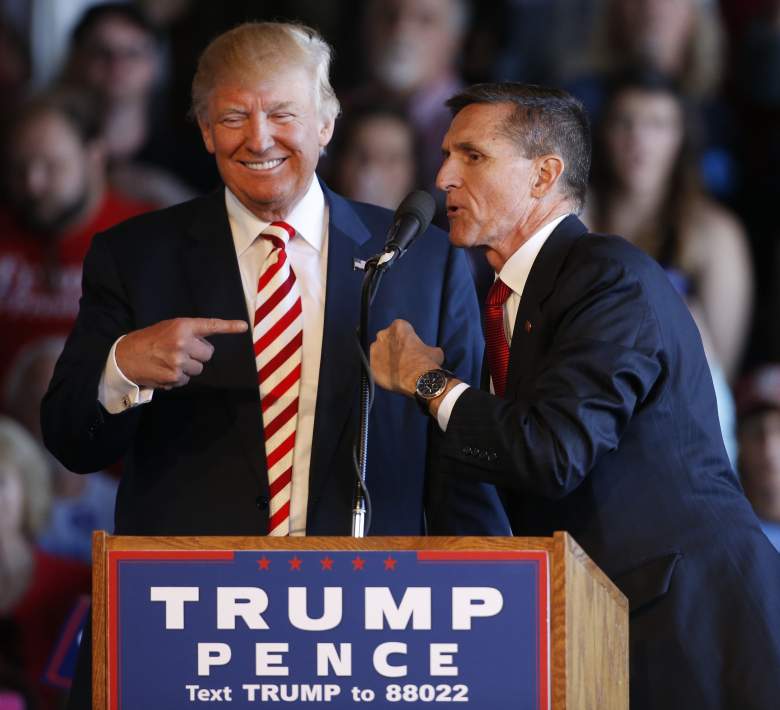 Good morning, Americans. Or shall I say, доброе утро! Doesn’t it make you feel warm and fuzzy inside to know that since Donald Trump was elected President on November 8, five dozen Russian billionaires have seen their net worths skyrocket by a total of 27 billion dollars? One of these billionaires, an aluminum tycoon named Oleg Deripaska, has personally seen his net worth rise by 1.6 billion since November 8, as a result of a surge in both global aluminum prices and the ruble’s value. And just last week, the Associated Press reported that our comrade Deripaska hired former Trump campaign manager Paul Manafort as a consultant in 2006, and paid him millions of dollars with the intention of influencing global politics to further the interests of the Russian state. Patriotic, eh?

Lest we forget about Michael Flynn, who is currently experiencing about a week’s worth of constant news coverage. I wonder if he feels that any press is good press? Under the Obama administration, Flynn served as director of the Pentagon’s Defense Intelligence Agency (DIA) until he was removed from the position, possibly because of his fixation on the threat posed by radical Islamic jihadist groups. Flynn joined the Trump campaign, where he could find kindred spirits to rail about the dangers of Muslims and conspiracy theories about the United Nations with. He lead a “lock her up” chant after his speech at the Republican National Convention, and in addition to verbal smears, started paying a former FBI agent roughly two weeks before the agent made a public statement of a government exchange over deleting parts of a Clinton email — a statement that conveyed an impression of wrongdoing with no factual basis for said wrongdoing.

One might think this is dirty business usual when it comes to campaigning, nothing the Democratic party wasn’t guilty of this past election, correct? Wrong. It appears that Flynn working as an intelligence consultant for various Russian and Turkish government-linked businesses before the campaign, and we know now that Flynn did not stop working for foreign states throughout the 2016 campaign. He failed to reveal that he had been accepting payments from Russia Today, a state-sponsored propaganda news outlet that is a key messenger in advancing Russia’s position on foreign affairs through affiliated outlets in Europe and the United States. Flynn’s conversation with the Russian ambassador alone, that took place before Flynn assumed his role as director of the National Security Council, is treason. He was a private citizen undermining the foreign policy of the United States, signaling to Putin that Trump would be softer than Obama was, and insinuating that Trump would review and potentially dismantle the sanctions placed on Russia. Even more obviously suspect is that Flynn failed to tell his compatriots in the Trump camp, including Vice President Pence, about his monetary ties to the Kremlin and the content of his conversation with the Russian ambassador.

Michael Flynn has become the embodiment of the swamp-creatures that Donald Trump ran an entire campaign on the promise of draining. Those who did not vote for him saw through that smokescreen, considering that Trump himself is the king of the swamp. But this doesn’t negate the fact that Flynn, a high-level military intelligence officer, sold intelligence to enemy states, then publicly changed public positions on those regimes after taking money from them, and failed to reveal his numerous foreign bankrollers to the Trump campaign and the American public. I cannot think of anything less patriotic than leading a “Lock her up” chant against a political opponent while taking money from foreign interests.

The incredible hypocrisy of it all, not to mention the nerve of Flynn and Manafort (and probably many others, as we may find out with Flynn’s testimony) to incessantly smear Clinton with claims about “corruption” while playing games with Putin himself. Immunity shouldn’t even be an option for Flynn. When someone commits treason, both implicitly and explicitly, immunity is not what they deserve– if he wants to give up more intelligence, Flynn can negotiate for a reduced sentence once he’s being hauled off to prison. You can bet he won’t get be getting a hefty check from Congress in return for that intel.