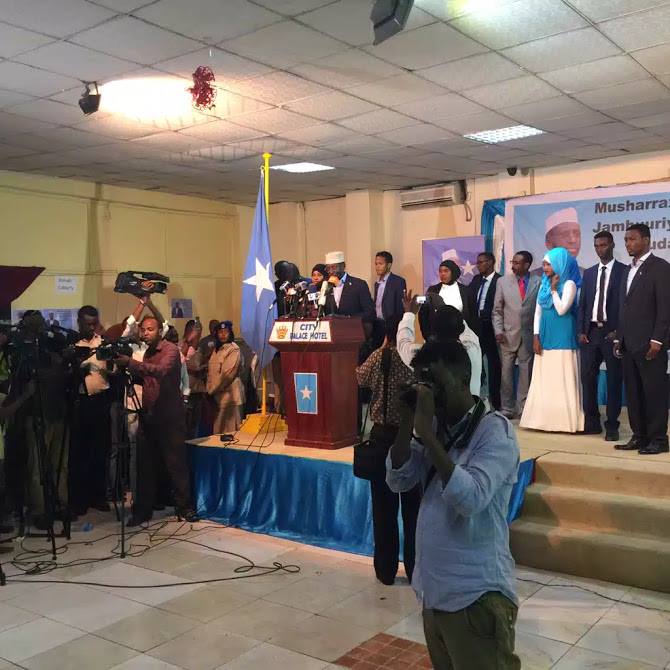 The Third Time’s Not the Charm: Corruption in Somalia’s Election

On February 8th, Mohamed Abdullahi Mohamed was elected President of Somalia, defeating the incumbent Hassan Sheikh Mohamud. This was the culmination of the third election cycle since 2009. In 1991, the central government fell to armed opposition groups. Since then, elections have been held in 2009, 2012, and 2017, although the 2009 election had to be held in Djibouti due to the threat of the al-Shabab militant group. While Somalia has certainly come a long way since 1991, its clan-based election system has left the country wide open to corruption. Corruption jeopardizes the existence of democracy, as it prevents the voices of the electorate from being represented in government.

Somali society is divided into thousands of clans. These clans historically served as a sort of informal caste system, with certain clans specializing in farming or artisanship, for instance. More recently, the clans have come to serve as official political divisions, with the constituencies of members of Parliament being based on clan membership rather than on geography. Since 2007, the al-Qaeda affiliated group al-Shabab has had a strong presence in Somalia. Al-Shabab’s goal in Somalia is to perpetuate and enforce its hardline Wahhabi ideology throughout East Africa. The group has historically made it difficult to hold elections by threatening to attack polling places. In order to minimize the concern of al-Shabab disrupting the election, Somalia’s Western backers (which include the United States, United Kingdom, European Union, Sweden, and Italy) have supported a narrower voting process for Somalia based on traditional clan divisions rather than a popular vote. Instead of having a large number of Somalis physically show up at polling places to cast their ballots, a limited number of clan elders select the members of Parliament.

In past elections, one elder of each clan picked one member of Parliament, but this election featured a caucus system. In this new system, each clan still appoints one member of Parliament, but instead of just one person deciding, each clan picks fifty-one of its members to vote for that clan’s one representative in the lower house. Somali lawmakers made this change to make bribery more difficult. While clan delegates determine the members of the lower house, Somalia’s state governments pick the members of the upper house. The presidential candidates then make their cases directly to Parliament, and Parliament votes to decide the president. The 2017 field included twenty-six presidential candidates, two of whom were female.

Rather than preventing corruption, the new system seems to have actually increased the scale of corruption. Instead of having to bribe just one individual to swing a parliamentary race under the old system, the sources of corruption have proven willing to bribe multiple delegates who are voting for their clan’s member of Parliament under the new system. A former government official has said that the system has caused “corruption inflation,” and that bribes exceeding $1 million have decided some of the parliamentary races. $20 million dollars is the approximate total amount of bribery that has occurred over the course of the whole election, according to Somali investigators. Several clan elders have admitted to paying or receiving bribes.

Both in Somalia and in the West, these bribes are believed to be coming from five or six Middle Eastern and African countries with various interests in Somalia. These countries include Turkey, Qatar, the United Arab Emirates, Ethiopia, Egypt, and Sudan. Turkey has financial and infrastructure interests in Somalia, such as significant Turkish investment in the Mogadishu airport. Qatar is a supporter of the Muslim Brotherhood, and wishes to see its regional influence expand in East Africa. The United Arab Emirates opposes the Muslim Brotherhood, and may therefore be acting to counteract its influence in East Africa. Ethiopia is seeking Somali support for its efforts to build a dam on the Nile. Egypt wishes to stop the Ethiopian Nile dam in order to protect its own water source. Sudan desires access to Somali intelligence services, which work closely with the CIA, possibly to carry out espionage against Americans in the region.

The consequences of this corruption will be far-reaching. With outside sources dictating the direction of Somali infrastructure, it may be difficult for the Somali government to act in the interests of the Somali people rather than the interests of foreign capital. Foreign relations may also become more difficult for the Somali government. A statement by the United Nations, African Union, and European Union on December 27th condemned the widespread corruption and warned that other governments may be unwilling to work with the Somali government in the future if it fails to address this issue. Additionally, a weak or illegitimate Somali government means a strong al-Shabab. “This election has been awesome for the Shabab, the government loses even more legitimacy and the Shabab has a chance to buy a seat!” said the leader of a Somali anti-corruption organization. Al-Shabab’s wants strengthen its influence in East Africa, and a democratically elected Somali government stands in the way of this goal. If al-Shabab gains strength in Somalia, there will be a higher risk for regional instability and diminished prospects for future Somali elections.

At the moment, there does not appear to be much Somalia can do to combat corruption in future elections. One option would be to implement a popular vote, but this opens the possibility of al-Shabab attacking polling places. In order to mitigate the effects of current corruption, the International Governance Institute, a Kenyan anti-corruption organization, recommends training civil servants in public ethics and having the media run anti-corruption awareness campaigns. It remains to be seen how Somalia and its Western backers will deal with the problem of corruption in the future.