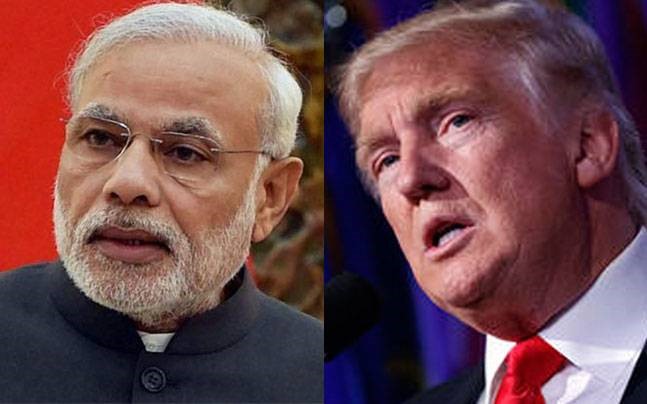 Donald Trump and the Future of US-India Ties

US-India bilateral relations have been tumultuous since the conception of two nascent nation-states, India and Pakistan, in 1947. A primarily socialist India found a strong ally in communist regimes such as the USSR. Pakistan, toeing the line of Cold War politics, became a traditional ally of the US. 1991 ushered in the collapse of the USSR and India’s transition toward a more open and market-based economy. In recent times, India and the US have been surprisingly aligned on policy, in no small part due to President Obama’s strategy of pivoting to Asia.

In keeping with this theme of deepening ties, Prime Minister Narendra Modi’s visit to USA on June 7th and 8th, 2016 represented a crucial solidification of stronger US-India bilateral relations. This official visit was a deft move by the Indian administration to advance India’s agenda and to secure American cooperation before the presidential elections and divergent geo-political interests had the potential to undo, or severely deter, the momentum of US-India bilateral ties. However, what lies ahead is a tumultuous road for America and its allies as the USA re-orients itself after a grueling and divisive presidential election. With respect to the role of America in the international sphere under a Trump administration, continuing Obama’s legacy of a pivot to Asia and strong bilateral ties with India would be advisable.

Trump’s crackdown on immigration and climate change initiatives as well as his questionable economic policies can potentially spell disaster for India-US relations. Mr. Trump’s announcement to “cancel” the Paris climate agreement has caused leaders who are passionate about preventing climate change, such as Narendra Modi, to act swiftly. Moreover, the fact that Mr. Trump believes that climate change is a “farce” is cause for concern in international circles as well.

During his summit with President Obama in 2016, P.M. Modi announced his intention to formally join the Paris agreement to limit greenhouse gases. India’s participation, the world’s third-largest emitter after China and the United States, would guarantee that the deal would go into effect before the next American president took office. The crux of the matter is that once the accord enters into legal force, hastened by India joining it, no nation can legally withdraw for four years from the agreement. Fearing the harsh measures of a Trump administration, P.M. Modi put aside previous differences in order to come to an agreement on climate change. Not only is this measure conducive to creating unity on an international front on the issue of climate change, but also signals a positive move for India’s desire to grow sustainably.

This could lead to a chasm between USA and countries such as India, which were looking at the US as a critical ally in the battle against climate change and as partner for clean nuclear energy. In future negotiations with Prime Minister Modi, Mr. Trump will have to tread lightly on the issue of climate change. Prime Minister Modi has made his desire to combat climate change known on the international platform: he launched an international solar alliance of over 120 countries with the French president, François Hollande, in November 2015 and has pledged to his nation that the future of the country’s growth will rest on climate friendly endeavors and renewable energy.

Therefore, the “unlikely friendship” between President Obama and Prime Minister Modi has been hugely advantageous for US-India ties. However, there are reasonable grounds to assume that a slowdown may occur with President Trump in office. In order to keep the momentum of US-India ties going, the President will have to reassure Prime Minister Modi that he will not have to look elsewhere for a clean energy partner for the coming years.

The Obama administration and Prime Minister Modi also presented a united front on two critical geo-political issues: the need to balance China’s growing military presence in the South China Sea and the necessity of combatting state-sponsored terrorism through counter-terrorism measures. This convergence of geo-political interests is ample reason for why US-India bilateral ties must continue to remain strong. The policy alignment on these global issues suggest that Donald Trump should look to maintaining India as a strong ally in Asia.

A joint statement issued by the US and India at the Obama-Modi bilateral summit claims that the two “will work together to combat the threat of terrorists accessing and using chemical, biological, nuclear and radiological materials.” A directive released after the summit also has the US promising to participate in a “Summit on Countering Weapons of Mass Destruction Terrorism” to be hosted by India in 2018. This statement should pave the way for continued solidarity in addressing the shared challenges from violent extremism in the region. It is only with the support of the United States, a traditional ally of Pakistan and Afghanistan, that extremism in the southwest Asian region can be combatted. By moving away from India, Trump will be unraveling the security and economic infrastructure that the Obama administration has been building in Asia for nearly a decade without a viable alternative plan for combating rampant terrorism.

Moreover, India is a partner that the US requires if it wants to balance China’s growing influence in the region. This US-India policy alignment was best illustrated in the joint statement issued by President Barack Obama and Prime Minister Narendra Modi during Obama’s visit to India in January 2015. India and the US stated that the prerogative of the global community is to ensure the freedom of navigation, “especially in the South China Sea.” US policy on the South China Sea has gathered strength with the Obama administration’s strategy of a pivot or rebalance to Asia. Therefore, the United States shrewdly encouraged the rise of India as a giant Asian partner to balance China. Finding another viable partner to combat China’s soft power in Asia will be an onerous, if not impossible, task. If President Trump finds himself embroiled in a trade war with China, India could be a beneficial partner to have in the region.

However, it remains difficult to conclusively state whether or not President Obama’s successor and P.M. Modi will share a similar world view. Mr. Trump has dodged any questions about his foreign policy proposals and his view on security in the South China Sea remains to be deciphered.

This convergence of geo-political interests may be fleeting given the fact that Mr. Trump does not place Obama’s pivot to Asia or his counter-terrorism measures as priorities. Strong US-India ties may only be a legacy of the Obama administration, a baton his successor may not be willing to pick up. This would be an ill-advised move for President Trump considering his desire to take a stronger stance against China. Continuing Obama-era ties with India can form as a foundation for Trump’s proposed foreign policy towards Asia.