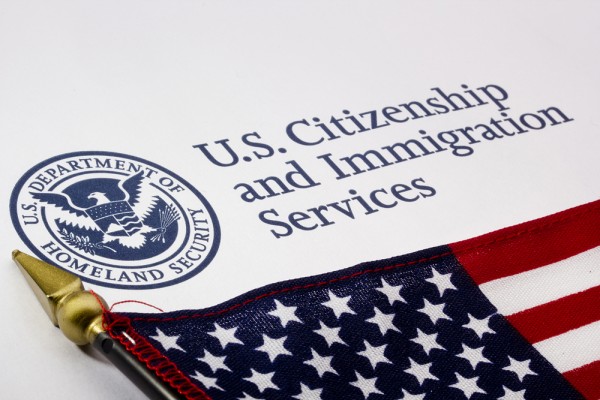 The Legal Side of Immigration

The once self-declared “nation of immigrants” is under fire for its outdated and seemingly nativist treatment of foreign hopefuls. For scores of Americans, the country’s legal immigration policy reeks of xenophobia and inefficiency. Instead, they idealize their nation’s more “civilized” counterparts like Canada, Australia, or even Denmark.

The irony, of course, is that there is no one-size-fits-all policy for legal immigration. What is economically detrimental for the United States is vital for Canada. What is culturally harmonious in New Zealand is disruptive in Denmark. Underpinning each nation’s policy is thus an individually weighted consideration of primarily economic, cultural, and moral factors.

As the pearly gates of Ellis Island remained perennially unhinged in the 1930’s, the U.S. bore witness to some of the most impressive economic boom times in its history. Indeed, legal immigration throughout much of the 19th and 20th centuries served to salvage and propel nascent and struggling industries alike in the domestic economy. From the Bracero Program of the early 40’s, which funded the introduction of farm-work along the Rio-Grande, to the H1-B Visa Initiative of the late 90’s, which set up a framework for the introduction of skilled labor, immigrants worked to bolster our nation’s economic output.

Yet, as the relationship between legal immigration and economic benefit has become more tenuous, so too has the nation’s willingness to accept foreign peoples – a harsh reality that is often conflated with cultural discrimination. Rather, scholars like Harvard economist Gary Borjas argue that the nation’s modern immigration policy has been adjusted according to the degree of skill (or lack thereof) of those seeking entrance. Overall, Mr. Borjas notes that “there has been a marked decline in the relative degree of skill since those came in the 60’s and 70’s.” Unlike the past economy of the 60’s and 70’s, the present economy seems to have little need for low-skilled migrants. A report conducted by the Federation for American Immigration Reform (FAIR) reinforces these sentiments concluding that “because times have changed greatly in the last one hundred years, low-skilled immigration now is much more out of sync with our country’s needs than it was at the turn of the last century.” These changes are reflected in the nation’s current quota system. Indeed, the number of unskilled entrants allowed per annum has sank to fewer than 5,000 (another 10,000 only qualify if they are performing a religious service) – halved from around 10,000 in 1990. By contrast, the number of skilled migrants allowed entry has rocketed to over 140,000 per annum. Furthermore, unlike low-skilled immigration, there is no explicit priority designation based on country of origin for high-skilled immigrants.

Most economists argue that the increase in skilled labor (vis-a-vis unskilled labor) is chiefly due to the growth in service-sector operations like the mushrooming tech market. In fact, Silicon Valley is perhaps the most vociferous proponent of skilled immigration. USA Today reports that “executives often contest that they must look overseas because there is a shortage of home-grown math and science graduates.” The importation of skilled-labor is a major input for such firms and an invaluable asset in the world of rapidly developing tech. Thus, there is a reason why those prospective immigrants classified as “skilled” have a far easier time setting up shop than their less-skilled counterparts. In short, it can be argued that much of the “disparity” in legal immigrant introduction hinges upon the “migrants” relative degree of skill, rather than their culture.

On the opposite end of the spectrum lies our Northern neighbor. Facing a dearth in labor across the board, Canada has heralded newcomers with open arms. Margaret Eaton, the executive director of the Toronto Region Immigrant Employment Council said “We are not replacing ourselves. So we are always relying upon bringing new immigrants into the country, but it even has more urgency now. If we want to maintain our standard of living, we are going to have to be bringing even larger numbers of immigrants.” It should be of no surprise then, that 20% of Canada is comprised of immigrants, compared to 13.3% of the U.S.; without them, the nation would be assuredly facing economic downturn. In this regard, the introduction of immigrants (skilled or unskilled) is an economically propitious factor – a key determinant in the liberalization of immigration policy.

Yet, economic viability is not the only concern. For many polities, such as Japan, maintaining “cultural homogeneity” is the highest priority. According to the Organisation for Economic Co-operation and Development (OECD) “[Japan’s] foreign population accounted for only 1.7 percent of the total population in 2010” – a statistic that underscores the nation’s dogmatic insistence on maintaining its “cultural values.” In an increasingly multicultural world, such an insistence on culture purity may come at the behest of economic progress.

Surprisingly, Japan is not alone in its desire to remain “homogenous.” Even Denmark – a country that ranks in the highest category for “immigrant freedom” – recently passed a series of controversial legislation that mandated spouses of immigrants to live within its borders for 24 years before they could be eligible for citizenship. According to a report conducted by Humanity Inaction, “the rule’s purpose is to limit the number of immigrants, prevent forced marriages, and create a better integration process.” Other restrictions for immigrants also abound this progressive bastion. In recent years, Parliament has enacted a series of seemingly discriminatory policies which restrict age requirements for marriage (immigrants must be 24 years old to marry a Dane), demand a 50,000 DKK salary within the first year (about 10,000 USD), and mandate the purchase of full-healthcare coverage – all without federal aid. Such open hostility, or alternately meticulous consideration for cultural preservation, towards immigrants seems contradictory.

A similar hypocrisy is found in Australia. For centuries, Australia’s immigration policy was dubbed “White Australia.” The policy initiatives which formed the backbone of this characteristically bigoted mantra were aimed at maintaining the “European Heritage” of the land down under rather than that of its aboriginal ancestors. It was only in 1976 that modicum reform was undertaken to limit the overtly xenophobic selection criteria which included literacy and dictation tests (metrics that were used to effectively bar aboriginals and other foreign immigrants from obtaining citizenship). That being said, Australia is still inundated with draconian laws which are often directed at their ethnically diverse immigrants. Like Denmark, Australia’s conservative legislature has recently tightened their visa quota and instead begun to issue Temporary Protection Visas (TPV’s). TPV’s allow immigrants a conditional 3 year stay, but deny them any assurance of long-term residence – a policy that many critics lambaste as an attempt to engender fear and anxiety for Australia’s burgeoning immigrant population.

While the United States may be selective in terms of the relative skill and education of its entrants, it is far less concerned with their culture, and leaps and bounds more concerned with their individual freedom. In truth, a report conducted by the Migrant Integration Policy Index (MIPEX) ranked the United States 9th globally with respect to their treatment of immigrants, but “1st in terms of its strong anti-discrimination laws and protections.” Indeed, most Americans are largely sympathetic towards immigrant populations. A 2015 poll conducted by the Pew Research Center found that most Americans feel as though immigration is a net-positive for the country. In contrast to the nativist portrait of the American immigration system, the land of the free seems as a matter of fact more amenable to its global citizens then most of its counterparts.

The immigration question is far from straightforward; in fact, it is inherently nebulous. For nations across the globe, immigration is an incredibly nuanced issue dictated by a multiplicity of constituent factors like economic progress or cultural preservation. The United States is no different. Assuming the new administration does not embark on a tangential shift away from the aforementioned policies (especially regarding skilled immigration), then it is simply inappropriate to shade it as either black or white. With respect to the question of immigration there are no true heroes nor villains – only victims.