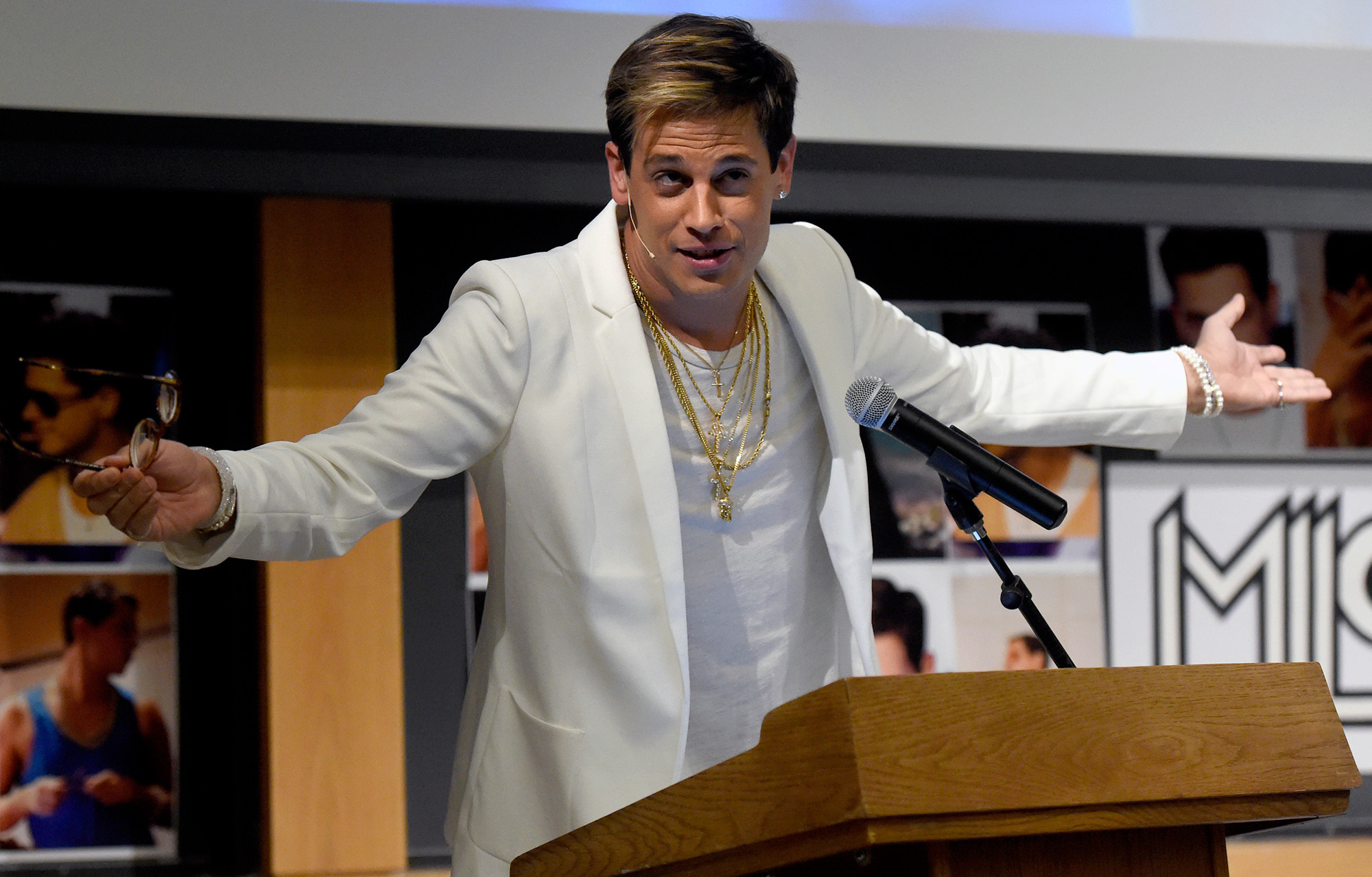 One month after the controversial events that took place on February 1 at the UC Berkeley campus, Milo Yiannopoulos’ 15 minutes of fame have run out. He’s fallen from his position as the alt-right poster boy. The events that occurred over the last week have shown that this was never about the First Amendment at all. It was about making it acceptable to say racist, misogynist, transphobic, and xenophobic things. However, the gates were shut once Milo crossed the line into pedophilia, especially in the context of gay male sexuality—something still taboo to the alt-right, despite fetishizing Milo as their token “gay Trump supporter”.

Although the Berkeley community was dismayed by what happened on the night of Milo Yiannopoulos’ scheduled speech, I don’t think Milo himself could’ve dreamed of a better outcome. It seems counter-intuitive that an alt-right blogger would want to visit liberal college campuses, but it’s quite a crafty move on his part. The negative response and protests accompanying his speeches fuel his rhetoric— could it be that the tour was engineered by the Breitbart provocateur, to contribute to his narrative that college campuses are breeding grounds for intolerant liberal academics? This is exactly what happened at UC Berkeley. The event garnered coverage on a national and international level. Tomi Lahren, another alt-right Internet star, berated Berkeley students on her talk show for being “violent crybabies”.

I can’t defend what happened on campus the night of February 1. My personal belief is that violence begets violence, and I don’t believe that the violence that occurred was representative of what most students had hoped would happen. A peaceful dance party protest, organized by the Lothlorien Co-Operative, had over 1,000 attendees on Facebook. This is the mentality held by most Cal students towards the situation: allow Milo the freedom to say whatever he wanted, but counter his hateful rhetoric with love and community-building.

Regardless, inviting Milo to speak here was irrational on the part of the Berkeley College Republicans group. Representatives of the group often claim they are “marginalized” on this campus. The word marginalized implies that something has been done to someone else by a power in authority. It carries with it the connotation of systematic oppression.  It also imposes a duty on the University to respond to said marginalization; to take extra precautions in “protecting” BCR. I don’t believe that the Berkeley College Republicans group has been marginalized at Cal: they have an opinion that’s not generally accepted by the greater campus community, but that doesn’t mean they have been systematically prevented from expressing that opinion. They table on Sproul regularly, and the University has regularly condemned any harassment or violence aimed at the group. Yes, individual students have taken harmful actions towards members of Berkeley College Republicans, which is unacceptable and reprehensible. Yet this doesn’t reflect systematic marginalization. There is an interesting irony here. This claim to victimhood, by both BCR and the Trump movement overall, is reflective of a new phenomenon we’re seeing in American politics: the real abusers, those who perpetuate systematic oppression of people of color and other communities, are claiming victim status as their actions are being called out by progressives.

The Berkeley College Republicans had to have known that bringing someone like Milo Yiannopoulos was only going to make them feel even more unwelcome on campus. Milo might be accepted as a legitimate conservative thinker in some circles, but not in a serious academic environment like Berkeley. Milo is viewed by many as a member of the fringe alt-right and seen as a professional troll. His association with Breitbart, the leading alt-right publication in the country, is reflective of support for white supremacy. Even if Milo says he isn’t a racist, he has become the figurehead for a movement based on bigotry — his personal beliefs are irrelevant at this point. Whether BCR realized it or not, bringing Milo was a decision to deny their movement credibility.

Alan Pomerantz is a professor at Boalt School of Law. He teaches an undergraduate freshman and sophomore seminar entitled “Current Moral and Political Conflicts and the U.S. Constitution”. I’m enrolled in the course currently and found Pomerantz’s reflections on various constitutional issues to be refreshingly insightful and un-biased, so I asked him some questions about the events that took place on campus on February 1.

On the “speech is violence” argument used by many of the protestors to justify their actions, Pomerantz said: “Here’s the problem I have with this: if you allow that, the stopping of speech because it’s violence, someone has to have the authority to make that decision…and back it up with governmental power. I think it becomes really problematic when the government can decide to stop someone from speaking… [in this situation], what runs a chill down my spine is not that some group shut down Milo. It’s that some groups shut down speakers [in general]”. What happened at Berkeley is a textbook example of the Heckler’s veto- a concept that free speech is infringed upon when someone is prevented from speaking.

The problem with the “speech is violence” argument is that it doesn’t hold up in court.  There’s a difference between speech that is hateful, and speech that directly incites violence (and thus can be directly linked to an act of violence). There is a legal concept of  “fighting words”: speech used to bring about adverse effects on a specific person’s or (persons) life. If you can prove that words directed at a specific individual were aimed at bringing harm to that person, you could argue that the speech included “fighting words”. If the University wanted to stop Milo from speaking, they only way they could have the legal backing to do so would be to prove that his speech would’ve contained fighting words, which is impossible to do hypothetically. As a publicly funded University, UC Berkeley has an obligation to uphold federal laws. Free speech is not up for debate, and our fundamental rights are not up for a vote. Every citizen’s right to speech, no matter how hateful that speech might be, is something that we have to accept- and “thank g-d we do”, in the words of Professor Pomerantz. That fundamental right is going to be what protects us from the Trump administration’s efforts to re-write the facts and demonize the press.