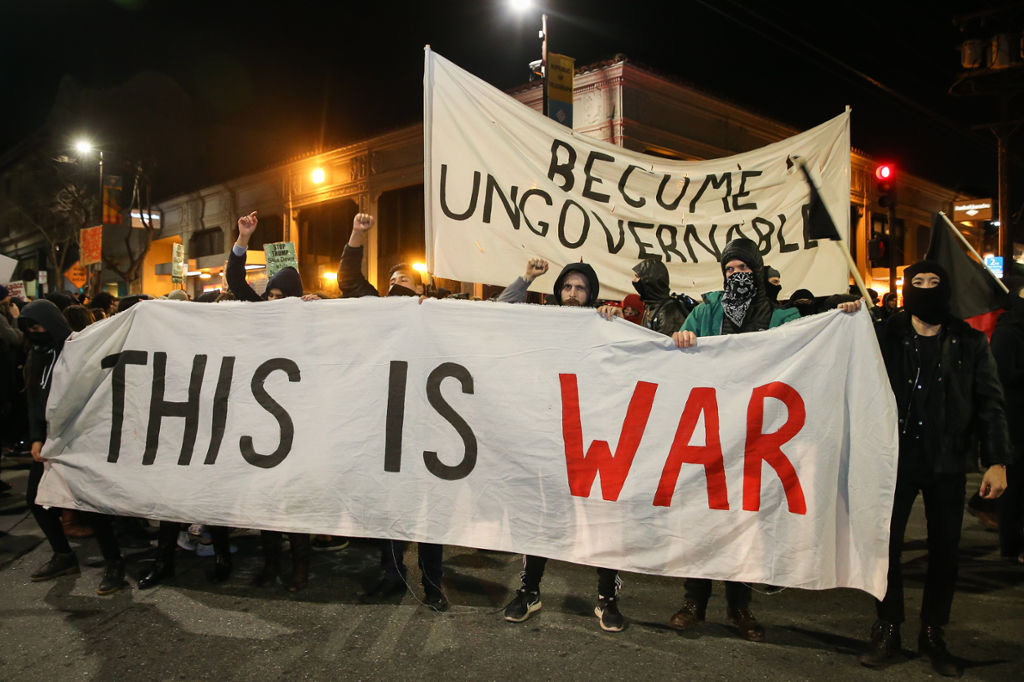 In the aftermath of the Milo Protests, the Berkeley College Republicans wrote that “Free Speech is dead.” While the declaration has been meme’d, chastised, and bandied across the school, we are left to contemplate the veracity of this statement.

For many students, the dictum is absurd. Free speech was not under assault; hate speech was. The war waged was thus fought in the name of safety. On its face, such intentions are more than laudable; they are noble. The dilemma, of course, is that there was no threat to safety.

If we were to break down the logic behind this thinking, I imagine it would be as follows: Milo’s speech is undoubtedly injurious. It is often arbitrated under the guise of “freedom” and instead results in bytes of offensive rhetoric, targeted at mostly minority groups. This in turn has the potential to enliven and animate the swarms of underground white supremacists. As such, it was not necessarily Milo’s words that were reviled, but their supposedly inevitable arousal of violence and marginalization. The goal was safety first and foremost. Thus, when violence erupted at the hands of mostly Non-Berkeley students, there was an affirmative condemnation among most but not all.

My intent is not to add fuel to the fire but point out the sheer ignorance and hysteria implicitly imbued in this viewpoint – one which garners far more credence than an outsider would suppose. Before we dive into a semantic critique, we must settle a primary misconception. For instance, I would point out that there is little to no truth to the posters plastered around campus that read “Milo is a Neo-Nazi.” A Neo-Nazi in what respect? The self-declared “Dangerous Faggot” is after all maternally Jewish and has an African American boyfriend – a rather unusual background for a white supremacist. Background aside, there is little evidence to suggest that the man is truly bigoted. A vociferous proponent of individual liberty and sexual autonomy, Milo purports to represent the freedoms under which the States were founded. In a recent interview with Bill Maher, Yiannopoulos demurred being called a conservative and instead favored the title libertarian.

So, maybe he’s not a Neo-Nazi. For the sake of argumentation, however, let’s assume that he is still intentionally offensive and radically divisive. So be it. Following the above train of logic, one could conclude that even if Milo was not a full-blown Neo-Nazi his overtly injurious and discriminatory style of discourse could still be construed as a call to action for droves of white supremacists. (Aside, I don’t intend to use a “straw man” argument; this is indeed what many believe). If this were the case, then we would have likely seen an increase in the propinquity of hate crimes following one of Milo’s fascist rallies. Unfortunately, there is also no evidence for such claims. Indeed, hate crimes throughout LA have been on the decline since last year’s high, despite Milo’s appearance in May.

The argument continues: Okay, but that does not excuse the systematic hate that he espouses that no doubt enlivens closeted racists. Again, I would agree that this is admittedly problematic. There’s only one issue. What group of white nationalists would have even heard Milo’s speech in Berkeley? The Berkeley College Republicans? Again, the claim is preposterous. The idea that the Berkeley College Republicans are akin to white nationalists is a slap in the face to reasonable discourse and an intentional distortion of reality. If anything, the true agitators were those radical groups which subsumed the ironic responsibility of propitiating needless violence and the destruction of more than $100k of public and private property in the name of “justice.”

Finally: Fine. But even if he is not a Neo-Nazi, and even if he is not animating droves of racists, he is still being hateful. Ultimately, we have reached agreement. Milo is no doubt offensive. His brand of realpolitik thrives off chaos and is steeped in the idea that offending people is a way of raising consciousness, thus pointing out the liberal hypocrisy – ultimate freedom so long as no one is “triggered.” There are obvious issues with this tactic. Irrespective of those, he has a point. In the absence of the aforementioned factors (danger to marginalized groups, or public safety), there is no catastrophe to thwart other than an “impish little fag.” (to quote Milo and Bill Maher).

Ultimately, Milo was and is no threat to safety. The true danger lies in blind adherence to hysterical logic that serves no valid purpose except to conflagrate outrage and justify anarchical violence. It is not “Free Speech” that is dead, only reason.