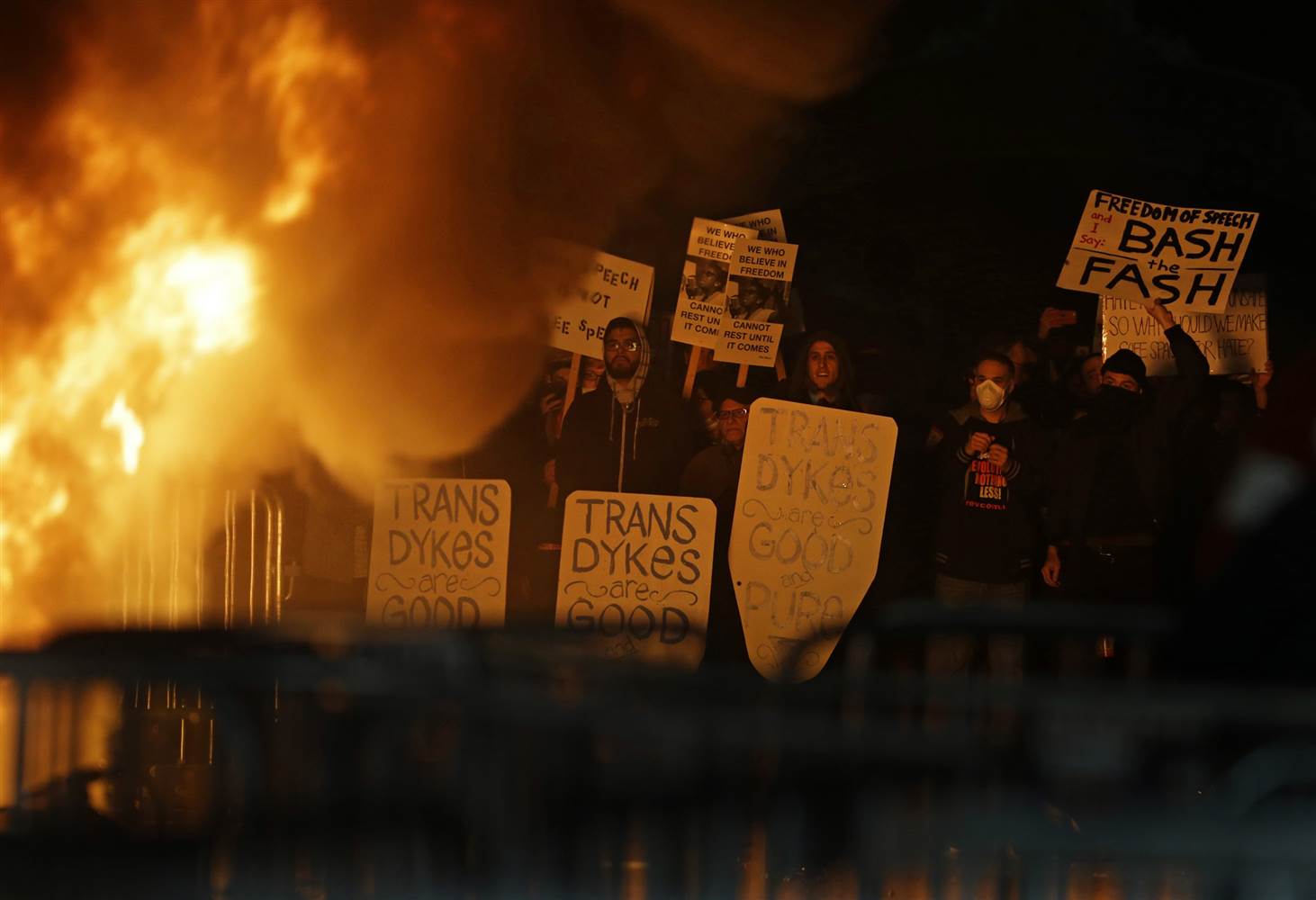 Aftermath: The Milo protests and where Berkeley went wrong bruary 1st, the Berkeley College Republicans (BCR) invited a transphobic-gay-extreme-right-wing-Republican to speak on campus (and if you are thinking how these contradictory identities even coexist, welcome to the club). A Breitbart senior editor, and widely marketed as the “Dangerous Faggot”, Milo Yiannopoulos had been on a provocative speaking tour in colleges all across America. After UC Davis and a a few other colleges cancelled his event, Yiannopoulos headed towards UC Berkeley, the hub of the free speech movement. Professors and students openly opposed Chancellor Dirks’s decision to give BCR the approval they needed to invite the speaker.

The event was scheduled to start at 8 pm but got cancelled two hours early due to protests that had erupted outside the MLK Student Union. The protest turned into violence and outright rioting, with conditions getting so dire that Yiannopoulos had to be evacuated from the premises. The cancellation of the event and the departure of its speaker did nothing to pacify the crowd who channeled their newfound elation into larceny, setting fire, and outright destruction of property. To this date, the Amazon store in the Union uses boards to cover windows that were broken during the course of events. The total damage to campus property was an estimated $100,000.

The morning after the protest, with mere side glances, groups of students walked by the blackened corner of the building discussing how people unrelated to the university came in and damaged things that belonged to them. And, to an extent, that is true. The Daily Californian reported 150 people dressed in black who joined the protest with the intention of causing violence. There is varying consensus on who they were; most of the media described the rioters as “antifa”- self-proclaimed antifascists who create chaos to trigger social change – and the left believes the agitators were planted by Breitbart. For the next few days, a negative image of Berkeley was projected across TV screens and flashed on the front pages of newspapers all across the country. Images of a tall fire in the middle of Sproul Plaza became the cornerstone of discussion of free speech in colleges. It also elicited a response from President Trump, who threatened to cut the school’s federal funding (an act which he does not have the authority to do unless Congress gives him more power or approves a bill that cuts federal funding).

It is important to fully understand the cause of this violence. Robert Reich, Chancellor Nicholas Dirks, and a bunch of news organizations clarified on the following day that students had no involvement in the deplorable acts that took place; and people caught on. After all, UC Berkeley is the epitome of the values that America holds close to its heart: free speech and peaceful resistance. Surely students would not trample on the footsteps of Mario Savio and dishonor his legacy. But that only tells one half of the story.

When the black-clad protesters burst through the barricades and damaged campus property, students cheered them on. And when fire was set to boxes with Milo’s name written on them, students played music and danced around it like a bonfire.

It is important to observe the double standards at play here. People who supported Donald Trump do not necessarily have to be racists or sexists or embody any other kind of hate that the President projects. They can and often do have their own reasons to support him. But when liberals discuss him and his supporters, they talk about his principles, how misaligned they are with American values, and how they were not a disqualifying factor for people to vote for him. But when this event happened, the same liberals came out and shielded the students as if they had nothing to do with the barbaric nature of the protest. While it may be true that they did not cause actual physical harm, their presence and cheering are enough to consider them complicit. If the crowd had shown even a small fraction of resistance to the ‘ninjas’ as they had shown to Milo’s speech, news organizations might have covered it and Berkeley might have come out on top. Not so anymore. When we consider it our right to berate and humiliate people we disagree with without even listening to them, like the time a BCR member was sucker-punched for holding a cardboard cutout of Trump, then the other side has every right to criticize us for our inaction.

This event also opened up a heated discussion on free speech. For days leading up to Yiannopoulous’s speech, The Daily Californian was flooded with opinion pieces asking Chancellor Dirks to cancel the event. In making their point, the authors construed the First Amendment to suit their needs, discussing what constitutes protected speech (for the record, hate speech is also protected speech).

It is important to realize that I am not advocating for a hatemonger to come and speak on campus, nor am I legitimizing his vile speech; my argument rests on the very foundation of what defines our college as the birthplace of free expression. Chancellor Dirks became highly unpopular after giving BCR the approval to host Yiannopoulos, but reading some of the messages that he sent out to the community before and after the event, I realized, as I hope most other people have done, that his commitment to our history and the First Amendment allowed him to use his better judgement when he chose not to block Yiannopoulos’s event. He respected students’ right to protest as much as he recognized the right for us to hear and contest disagreeable opinions. After all, this is the very foundation of democracy. Unfortunately, what happened that day was not democratic at all.

We should also take a moment to commend the police for the restraint they showed that day. In a report done by The Daily Californian last week, use of force by the police was compared across four popular protests in Berkeley’s history, showing how UCPD was excessively more mellow during the Milo protest, despite it being much more violent. Their calculated approach of limited intervention was a deterrent for more violence.

I hope this event leaves us with room for introspection and shed some light on the direction of our democracy. While I hope and pray that inclusivity, diversity, and respect for others are preached across college campuses as the central mode of progress for humanity, it is also incumbent on us to realize that there are people out there who think differently than us. They deserve the right to be heard, as we have the right to challenge them. It is important to make a deliberate effort of understanding where the other side comes from and what shapes their ideology. In true democratic fashion, we can try and change them but we cannot harm them.

In conclusion, I will leave you with a quote from Hemingway’s For Whom The Bell Tolls that Chancellor Dirks used in his most recent letter to the community: “To kill them teaches nothing ….You cannot exterminate fascists because from their seed comes more with greater hatred. Prison only makes hatred. That all our enemies should learn.”