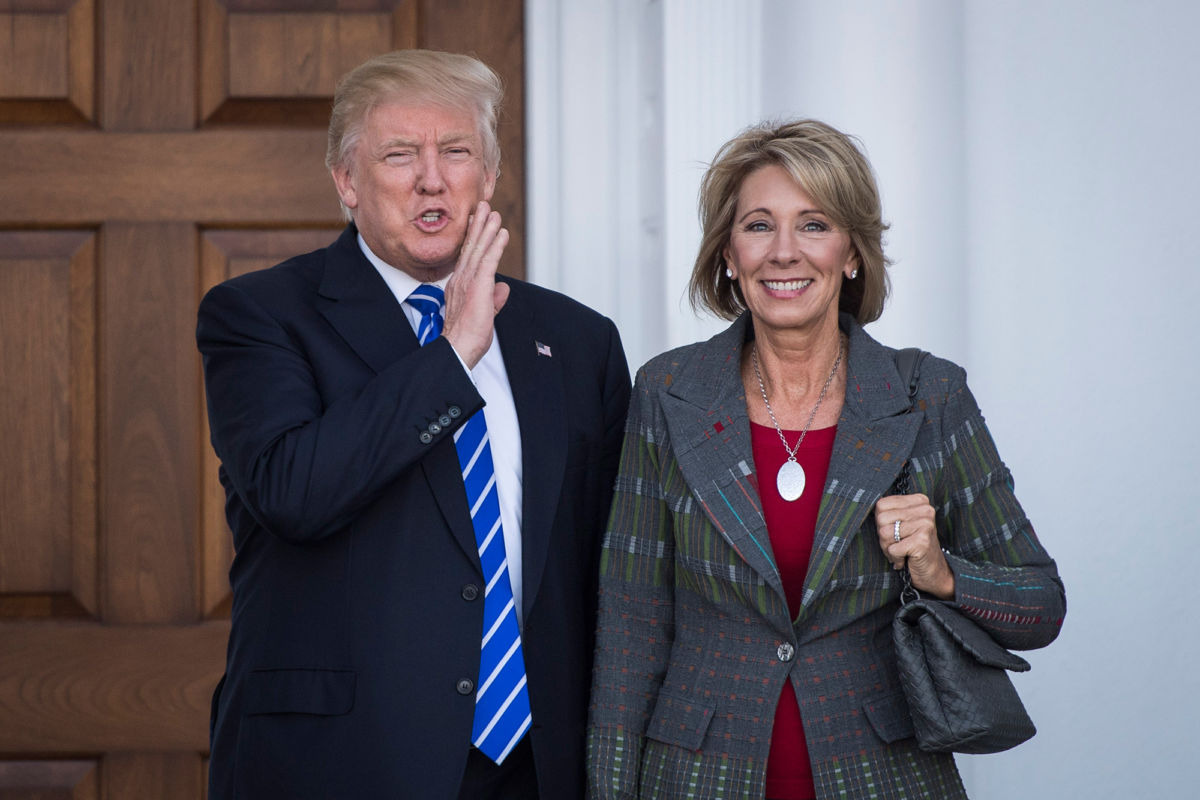 The Industry of Politics

Bribery is bad. Corruption is bad. These are principles that have never been up for debate in our society. If you pay the judge in your small claims case a few hundred dollars to side with you, you will probably end up behind bars, and few people on either side of the aisle would argue that justice had not been served.

Conversely, if you and your family give two hundred million dollars to Republican presidential nominees and to Republican Congressional candidates, with the express purpose of disproportionately influencing our government, not only will you avoid a jail sentence, you will assume office as the U.S. Secretary of Education. The same president whose campaign you helped finance will nominate you, and this nomination will be confirmed by the very members of Congress whom you helped elect.

But you, Betsy DeVos, have neither personal nor professional experience dealing with the public schools that you are tasked with managing. You don’t even like public schools. In fact, most teachers and PTAs and students are outraged at your selection. Unfortunately, though, this outrage is coming far, far too late. And crucially, it’s an outrage that is directed at a mere symptom of our diseased government, rather than at the malignant root cause.

Hyperbolic as it may sound, I firmly believe that money in politics will destroy American democracy, if it still exists at all. According to The Washington Post, the two 2016 presidential nominees raised nearly $2.5 billion between them, including over $300 million in contributions from the top ten donors alone. The idea that these individuals do not wield greater political might than the average janitor or bus driver is patently ludicrous. If you present someone with enough money to buy a hundred Ferraris or a dozen yachts or, say, the presidency, they are going to pick up the phone when you call. No one knows this better than Betsy DeVos.

I do not mean to suggest that every politician and every donor is morally bankrupt; most of them are clearly not, and many of them — including those lobbying for climate change reform — are working for the betterment of humankind. Rather, it is the system itself that is corrupt, and despite all the well-intentioned individuals operating within that system, governments simply don’t succeed when oligarchs are left unchecked. For precisely this reason, even those who approve of DeVos’ professed motivation — to “advance God’s kingdom” through the U.S. school system — must vehemently oppose the scandalous manner in which she ascended to such an instrumental position. This is not what democracies are supposed to look like. On the contrary, this is how democracies die.

Money in politics is not a partisan issue, or at least it shouldn’t be. True, progressives on the left are generally the ones championing this cause, but Donald Trump himself was in large part victorious because he appealed to those on the right who were concerned about a government that has generally ignored the needs of blue-collar Americans for decades. Of course, Trump has already repeatedly and shamelessly reneged on his foundational promise to “drain the swamp,” having courted and accepted donations from the very same business moguls whose outsized influence on his political opponents he simultaneously decried. Moreover, such donations compelled Trump to fill his cabinet with the most unqualified batch of super-wealthy insiders in memory. Money in politics is as threatening a prospect as ever, and it’s only getting worse.

What I find particularly baffling is how incensed liberals are about Trump’s overt conflicts of interest, even after many of them virtually disregarded the conflicts of interest posed by the countless contributions made over the years to the Clinton political machine. Sure, Trump’s business connections present enormous problems, but these are strikingly similar problems to those that any administration would face in a corporately financed democracy. Trump’s administration will almost certainly fail to address the common man’s plea for higher wages and a louder voice in Washington, it saddens me to say, but few candidates in recent years were truly champions of the working class, and fewer still have called for genuine campaign finance reform.

The failure of both Trump and Clinton to take a stand on this all-important issue only further illuminates that getting money out of politics is not a matter of red versus blue, but instead a matter of insiders and outsiders, of patricians and plebeians. According to a 2014 study by the nonpartisan, nonprofit organization United Republic, the Congressional candidate who receives the most funding in a given race wins 91% of the time, and this should not be surprising. After all, it’s no secret that money is power, and America’s elites continue cashing in on their pecuniary leverage as the rest of us get shortchanged.

This is not an abstract or distant concern: our country is tangibly suffering for our inability to think for ourselves about the common sense wrongdoing taking place here, and our silent acceptance today will render us permanently voiceless tomorrow. One example: around 90% of Americans favor expanded background checks for prospective gun owners, a staggeringly large number given today’s polarized electorate, and yet — mass shooting after record-breaking mass shooting — nothing gets done. This is not an instance where government in any way enacts the will of the people. Instead, this is a small group of NRA leaders and donors buying up almost every Republican in Congress.

Still, there are many who argue that the negative effects of our current political model are overstated, and even perhaps counterbalanced by the positive characteristics of privately financed elections. In an opinion piece for The New York Times defending money in politics, Bradley Smith points to studies that reveal a correlation between greater political spending and voter “knowledge of candidates and issues.” However, the greater “knowledge” engendered by political advertisements and publicity is not necessarily even beneficial to these voters, as the source of financing for such ads ensures that their presentation of admittedly vital issues is filtered through a corporate or biased lens. The logical conclusion to Smith’s assertion is that companies, donors, and special interests should be indirectly tasked with informing the public, a notion that should be incredibly frightening to a public with any scruples whatsoever.

I will concede to Smith that the job of educating people about politics is critical, but the compensation for this job must come from the people themselves, who will net tenfold returns on their investment from a government that actually listens to them. And while the optimal structuring and implementation of such publicly funded elections is open for debate, that we need to have this debate as soon as possible is a no-brainer. There are poor Republicans and poor Democrats, and they all need to have a real voice. Trump was not the solution. Yelling about Betsy DeVos won’t be either. Rather, the answer is a grassroots movement that starts with us, because we all know that money shouldn’t be directing our leaders. People should. If Trump’s election accomplished anything of value, it’s that it showed just how desperately we need and want change. Step one is draining the swamp, for real, once and for all.