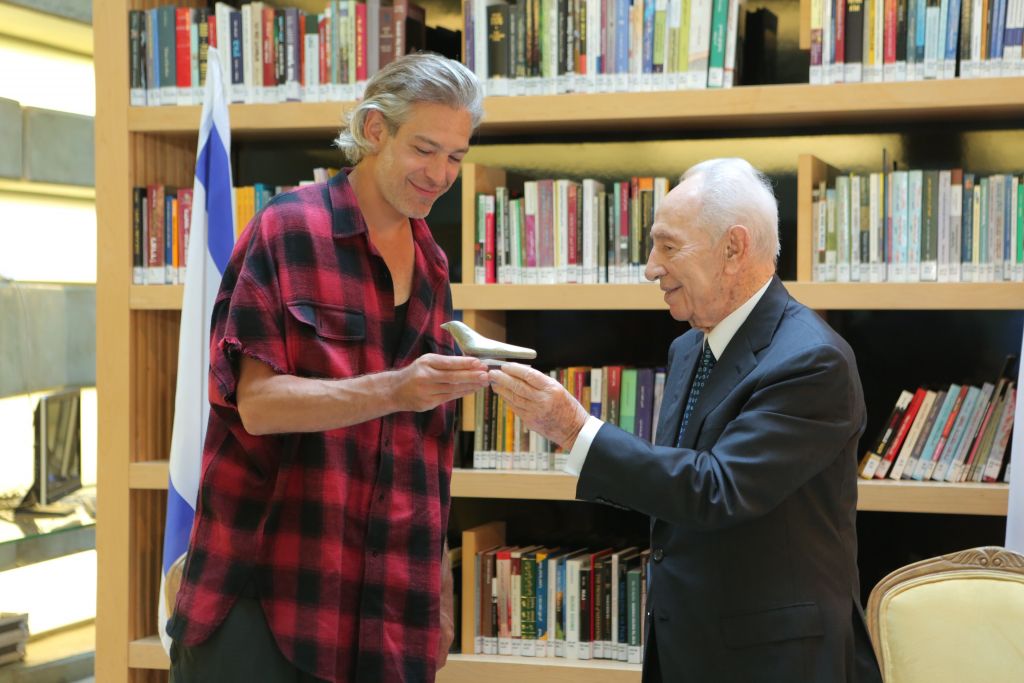 When the Music Turns Off, Matisyahu’s Actions Begin

UC Berkeley’s spacious areas like Memorial Glade and Lower Sproul Hall serve as a center stage for concerts with big name performers. Last April, reggae singer Matisyahu performed a free concert to a large and engaged crowd on Lower Sproul hosted by the Berkeley Hillel and UC Berkeley’s Jewish Student Union. The concert was a night of vocal harmony accompanied by silent protests with Palestinian flags hung up in the windows of Eshleman to make a political statement against the artist.

Matisyahu, or Matthew Paul Miller, is a Jewish-American vocalist that started his singing career as a Chabad Hasidic until he abandoned the Orthodox sect of Judaism in 2011 by shaving his face and changing his wardrobe, among other changes. Despite a change in lifestyle, the reggae singer stays close to his Jewish culture by incorporating themes and Hebrew prayers in his music.

Matisyahu’s concert at UC Berkeley was not the first time he experienced protests, which mostly emanate from the Boycott, Divestment, and Sanctions (BDS) movement putting pressure against Israel’s occupation of Palestine. In 2015, Matisyahu was uninvited to perform at Rototom SunSplash Festival in Spain for not issuing a statement in support of a Palestinian state requested by Valencia’s BDS group. Organizers of the music festival reinvited Matisyahu to the event after The World Jewish Congress personally wrote to Spain’s Prime Minister Mariano Rajoy of their issue with the cancellation of his performance and the Spanish government condemned Matisyahu’s exclusion from the event. This situation grabbed even more international attention when Matisyahu later met with Shimon Peres to be praised by the former Israeli Prime Minister and President for overcoming the so-called anti-Semitic incident at the Spanish music festival.

Many call these situations instances of anti-semitism for profiling a Jewish-American singer that claims to be apolitical in his stance on the Israel-Palestine issue and says that he has not chosen a side. But Matisyahu has explicitly said in an interview after the conflict with BDS in Spain that he was ‘glad’ to be “given the opportunity to stand for what I believe in… Israel.” His reaction also empowered the artist to take advantage of being a target and make a statement that ended with his concert coming to Berkeley’s campus last semester.

Matisyahu decided to embark on a college tour with Nadim Azzam, a half Egyptian-American, half Jewish-American singer/songwriter after the “..interaction with the BDS that made me want do some kind of event that would bring together the opposing groups on campus,” he said. Are these opposing groups the Zionist side represented by Matisyahu and pro-Palestinian side attracted by Azzam? The Daily Cal’s Rayanne Piana claims that the concert promoted love and unity, yet it just ended with Palestinian flags raised in protest and Israeli flags brought out in retaliation.

It is the retrospective outlook of the Berkeley students who protested Matisyahu’s concert and other pro-Palestinian movements that shapes a skewed political view on the musician. In 2015, Matisyahu was one of the two headlining performers at the annual American Israeli Public Affairs Committee (AIPAC), the United States’ largest pro-Israeli lobbying group, conference in Washington, D.C. When asked why he agreed to perform at the conference, he tweeted “Because I fucking love Israel. If you don’t then go suck on a lemon.” AIPAC is infamous for its strong ties to the Likud Party, headed by Israel’s Prime Minister Benjamin Netanyahu, and America’s Republican Party.

He also performed at a pro-Zionist music festival called Defend Your Freedom (DYF3.0), hosted by Chloe Valdary, a Christian Zionist political commentator. Valdary’s work came to light in her written piece for Tablet, “To the Students for Justice in Palestine, a Letter From an Angry Black Woman,” when she attempted to downplay the Palestinian struggle, claimed that Black activists were Zionists, and falsely quoted Dr. Martin Luther King Jr. in a speech declaring anti-Zionism equal to anti-Semitism.

Apart from performances, Matisyahu’s Twitter account has headlined fundraisers for pro-Israel groups like Friends of the Israeli Defense Forces (IDF) and permits his music to be played on Israeli state propaganda videos issued by Israel’s Ministry of Foreign Affairs. He is proud of supporting these causes and vocalizes the support on his personal Facebook and Twitter accounts. His affiliations with lyricist Ephraim Rosenstein, who lives in a settlement outside of Jerusalem that ‘Matis’ visits when in Jerusalem, show Matisyahu’s compliance with things that further polarize the Israel-Palestine conflict, like the occupation of Palestine through Israeli settlements. BDS and SJP movements protest and are outraged not because of Matisyahu’s freedom of expression but more because of his affiliations and actions that contradict his claims on his ‘neutral’ stance in the Israel/Palestine conflict and the apolitical nature of his music.

Matisyahu was strongly influenced in his musical development by Bob Marley, a reggae singer who openly took a stance on Pan-Africanism and whose discography was an example of politicized music that was not so polarizing. People did not look to boycott Bob Marley’s music because of his support of a movement that aimed to unify Africa and its diaspora and overcome the hardships of colonialism and Western imperialism. Although Marley was a target to some, Pan-Africanism was not a polarized or necessarily controversial topic; it aligned with his musical tones and themes of peace and unity. Marley’s support for Pan-Africanism did not lead to a denial of a country’s existence, as Matisyahu did in 2012 with regard to Palestine. His stance as a Pan-Africanist did not adulterate his musical legacy to be deemed as a tool of political propaganda today.

Matisyahu’s performances for political groups, calls for anti-Zionists to “suck a lemon,” and affiliations with colleagues that are actively occupying the Palestinian Territories insinuate a skewed take on the Israel-Palestine conflict. His lyrics might not directly shed light on this bias, but in Matisyahu’s case, actions speak louder than words. They are actions that promote Israel’s actions and prompt protests from pro-Palestine groups; actions that led to protests on Lower Sproul and caused a divide in the student body, rather than the love and unity his music promotes.