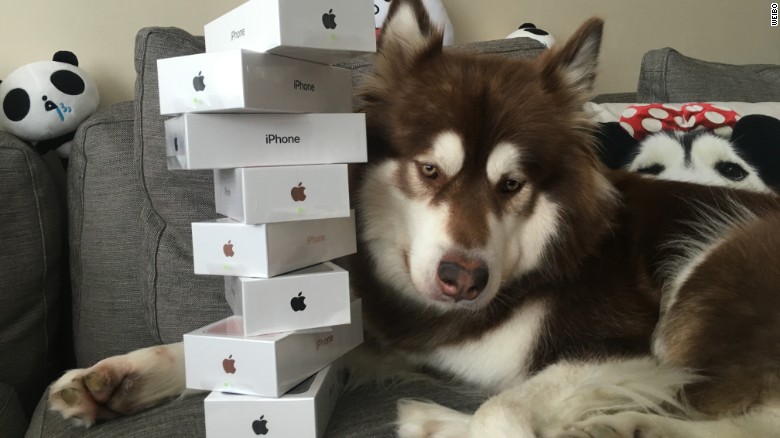 For the past two decades, China’s growth has shot upwards at a dizzying speed. Under the revolutionary leader Deng Xiaoping, the traditionally Communist and centrally-planned country executed successful economic reforms in record time. The successive regimes of Jiang Zemin, Hu Jintao, and now Xi Jinping, have continued to expand Deng’s reforms, propelling China to gain a global comparative advantage in manufacturing and world trade. As a result, China has risen as one of the major power players in the modern world, with its business magnates attracting the world’s riches.

According to a 2014 Bloomberg report, which gathered its data from an annual report released by Shanghai’s Hurun Research Institute, there were more than 1 million individuals with at least 10 million yuan (roughly equivalent to $1.6 million at 2014 exchange rate) in China, with the number of those with at least 100 million yuan grew by 3.7 per cent from the year before.

As expected, the glittering success of China’s economic reforms also brought about an incredible explosion of consumer demand. The newfound wealth of China’s general public caused a massive rush towards consumerism, contributing “more than any other country to the growth in global consumption in 2011-13.”

The most conspicuous manifestation of this newfound wealth has been through the children of China’s business magnates, whose social media platforms overflow with snapshots of private jets, luxurious champagne, top-tier designer goods, and island vacations. In 2014, a Canadian reality show titled “Ultra Rich Asian Girls of Vancouver” aired on YouTube, with its sleek-haired, westernized Chinese women doing just that. Most recently, though somewhat off the beaten track, the son of Chinese billionaire Wang Jianlin took the internet by storm when he posted a picture of his Alaskan malamute Coco and her new eight iPhone 7s. Coco’s new gadgets sums up to approximately 5,200 USD.

The colloquial term China’s new billionaires is 土豪, pronounced tu hao, which refers to rich individuals without the proper “upper-class” upbringing that cultivates an inconspicuous—although still very much luxurious—way of spending. Their kids are referred to as 富二代, or fuerdai, which means “second-generation rich.” The equivalent English term is new money, immediately reminiscent of Jay Gatsby’s ostentatious parties that scream with overwhelming, punchy reminders that he, too, has succeeded in life.

“My friend once told his parents that he needed 250,000 dollars per semester for school,” says John, an upper middle-class Chinese-American student at UC Berkeley. “And his parents just said yes because money isn’t a massive concern to them.” These fuerdai are most often sent to school systems in Canada, United States, or England, where they can be seen living luxurious lifestyles that are out of reach for the vast majority of their peers.

In January of 2016, Financial Times published an article titled: “China income inequality among world’s worst.” According to a recent Peking University report, top 1% of Chinese households own one-third of the country’s property, leaving very little room for socioeconomic mobility. Undoubtedly, this combination has given China bad PR, to an extent that President Xi Jinping had to ban the ultra-rich kids of China from appearing in hedonistic reality shows.

On paper, China’s quasi post-communist ideals have centered on maintaining a relatively equitable distribution of income, and indeed, those ideals have manifested in heavy government transfer programs to the poor. Under the assumption that the official statistics are accurate, China has achieved extraordinary reductions in poverty; according to the United Nations Development Programme, “more than 470 million people in China were lifted out of extreme poverty” from 1990 to 2005.

However, since 2005, the drive for unregulated, hyper-industrialization has plagued China’s development in the favor of the elites. A rapid shift to the manufacture export-oriented market economy has left its gaping wounds in a staggering urban-rural divide; significant income disparity across regional and gender lines continues to grow today. A 2014 study conducted by Yu Xie of the University of Michigan and Xiang Zhou of Peking University confirmed this notion, finding that China’s income inequality has risen faster than the United States since 1980s.

“Much of the government’s official statements is propaganda,” continues John. “I swear they just make things up sometimes.”

Perhaps, for China’s nouveau riche, there simply hasn’t been enough time to mull over the value of money. The influx of cash and purchasing power is a relatively new phenomenon for the majority of China’s industrialists—it hasn’t been handed down from generations of accumulated wealth and prestige.

Nevertheless, for China’s fuerdai—a majority of whom spend their adolescence in complete separation from their country’s reality—easy access to profuse wealth has become a social norm. This particular lack of monetary discipline and physical removal from China’s gross inequality utterly fails to instill a sense of money morality. The ferraris, gucci backpacks, and private-jet vacations come as easy as store-bought biscuits; and without fully understanding their luxury goods’ explosive comparative values, the fuerdai—who will undoubtedly come to yield great socioeconomic and political influence—will never voluntarily oblige to progressive taxation, creation of public goods, and the infrastructural investment towards social welfare.

A perennial task for all rich, self-made parents everywhere is to educate their children in a way that they learn to properly appreciate the value of money and the hard work that comes with it. Although the laundry list of social issues associated with structural economic inequality and spoiled children are by no means exclusive to China, its newfound billionaires must lead the way in fostering a sense of responsibility, modesty, and philanthropy within their children, who will grow up to wield undeniable social and political influence.

Hopefully, as a modest start, Wang Jianlin finds the sense to put his son’s dog’s eight iPhone 7s to a better use.