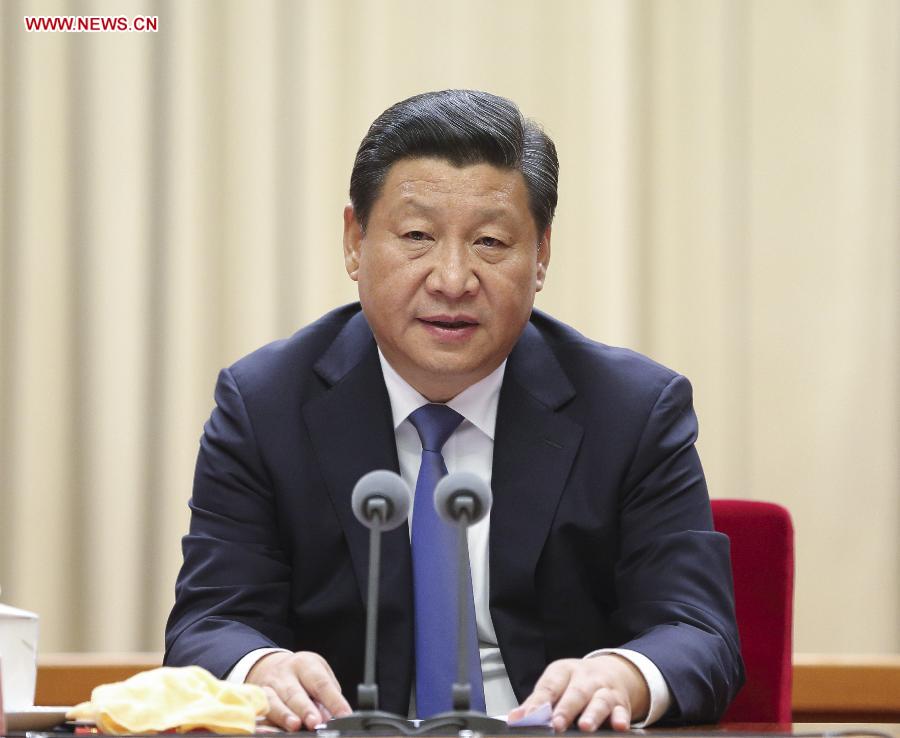 Just weeks ago, China officially unveiled the J-20, its first stealth fighter, at Airshow China. The sleek jet was met both with derision from engineers who view it as little more than a knockoff of the American F-22 and F-35 and concern from policy experts who worry that the modern and inexpensive fighter may tip the balance in East Asia. While the new jet is indicative of Xi Jinping’s increasing power abroad, China’s president still struggles at home as he approaches the end of his first term. Domestic authority in China is split between the central government and the local/provincial level – orders from Beijing can easily wind up circumvented or even ignored when they arrive at desks far from the capital. Frustrated by this situation and eager to enforce his vision, Mr. Xi has spent his first term accumulating increasing amounts of power. Until fairly recently, it seemed this was all Mr. Xi was doing. But as pundits increasingly peg Mr. Xi as the most powerful figure in China since at least Deng Xiaoping if not Mao Zedong himself, other theories have begun to surface.

In China, the organs of government are seconded to the Party, prominent government officials almost-universally, simultaneously hold party positions, and a ranking Party position can grant authority over actual government officials. It is through this system that Xi Jinping has ruled since 2012, and it is through this system that Mr. Xi may seek an unprecedented third term as China’s president. Since Deng Xiaoping ruled China in the 1970s and ‘80s, Chinese presidents have been limited to two five-year terms by both Party precedent and China’s nominal constitution. Now, rumors in the halls of power suggest Mr. Xi will break that precedent at the National Congress in 2022.

Mr. Xi has, of course, made no formal or informal comments on the matter. Nonetheless, there are significant indicators that he is positioning himself to continue holding power. Traditionally, any presidential hopeful for 2022 must be appointed to the Politburo Standing Committee by the Party Congress in 2017 to have a chance at the top job five years later. Of the 6 current members besides Mr. Xi, 5 will be standing down due to their age (Standing Committee members 68 and older are expected to retire). UC Berkeley professor and China scholar Noam Yuchtman suggests Mr. Xi may replace the last member, Premier Li Keqiang, at the 2017 Party Congress after public disagreements between the two. Furthermore, Mr. Xi has so far failed to groom any prominent potential successors and has indicated that such a successor may not be designated until after the upcoming Party Congress, stoking further angst in the Party. Without a clear successor, and especially without one on the 2017-2022 Standing Committee, Mr. Xi is poised to hold power. The Party Congress next year will almost certainly grant some insight into his plans.

Meanwhile, Mr. Xi has only strengthened his position. His signature program, a massive crackdown on corruption, has cleaned up the Party but also removed many potential political enemies. Since beginning in 2012, China File has tracked 183 major officials and 1689 lower-ranking cadres who have been caught in the widespread probes. Mr. Xi has also done much to improve his position with the masses. The CCP has banned personality cults since 1982 to prevent a second Mao, a rule Mr. Xi has ignored – official media like to refer to him and his wife, Peng Liyuan, as “Uncle Xi” and “Mama Peng”. Meanwhile, Chinese media and internet censorship has increased, further reducing access to dissenting voices. In domestic politics, Mr. Xi has designated himself “core leader”, a title held only by Mao, Deng, and former president Jiang Zemin, in another attempt to strengthen his authority. And abroad, Mr. Xi has led an aggressive foreign policy that has provoked many other regional powers and claimed broad swaths of the South China Sea while stoking nationalism at home, a traditional strong-man tactic.

There are a number of routes to a third term Mr. Xi may be pondering. The first and most obvious is simply to modify the constitution and get himself “elected” to a third term. This path, however, is likely to lead to the most resistance – there may be easier options. Mr. Xi actually holds three (major) titles simultaneously: President of the People’s Republic of China, General Secretary of the CCP, and Chairman of the Central Military Commission. Neither the General Secretary position nor the Chairmanship of the CMC have term limits. Control of the CMC alone may be enough for Mr. Xi to maintain his position of power; Deng Xiaoping lead China from 1978 to 1989 despite never formally holding the top job, though the Chairmanship of the CMC was not his only title. However, because Party positions take precedence over government posts, maintaining control over the CCP would grant Mr. Xi effective control over the government. He may seek to control the CCP either by maintaining the title of General Secretary or by reviving the title of Party Chairman, a position abolished under Deng to further distance the country from Mao. While the General Secretary is the effective head of the party, he is formally “first among equals”; reviving and assuming the Chairmanship would ensure that the next president/general secretary must report to Mr. Xi.

There are still many obstacles for Mr. Xi. China is too large for political power to be concentrated almost solely in one person; there will always be potential political adversaries. Mr. Xi’s anti-corruption campaign has made him many enemies in the Party, where the unspoken agreement has long been that officials can line their pockets as long as their transgressions are not egregious and they are otherwise competent. The Party may also face challenges to its legitimacy in the coming years. The CCP has almost entirely based its legitimacy on its ability to deliver consistent economic growth and an improving standard of living. GDP growth has already dropped to 6% annually, far below the double digit numbers China has traditionally posted, and some experts suspect even those figures are fudged. Many economists also point to dangerous signs in the overleveraged Chinese property market, only the most worrisome point in a country where debt has ballooned from $7 trillion in 2007 to $28 trillion in mid-2014, or 282% of GDP. If China’s economy slows further, Mr. Xi may see his popularity among the people begin to disintegrate.

What this will mean for China is unclear. The Party has never been democratic, but a strong-man ruler would undermine China’s technocratic image, not to mention one of its greatest arguments against Western-style democracy. A ruler-for-life would also upend the consensus-based decision making style upon which the Party has been able to build one of the world’s few broadly successful non-democratic states. The attempt itself will almost certainly set off an internal power struggle, but whether such a struggle will boil over to have any practical effect on average Chinese is anyone’s guess. The Party Congress in 2017 will force Mr. Xi to reveal at least part of his hand; expect a blockbuster event.