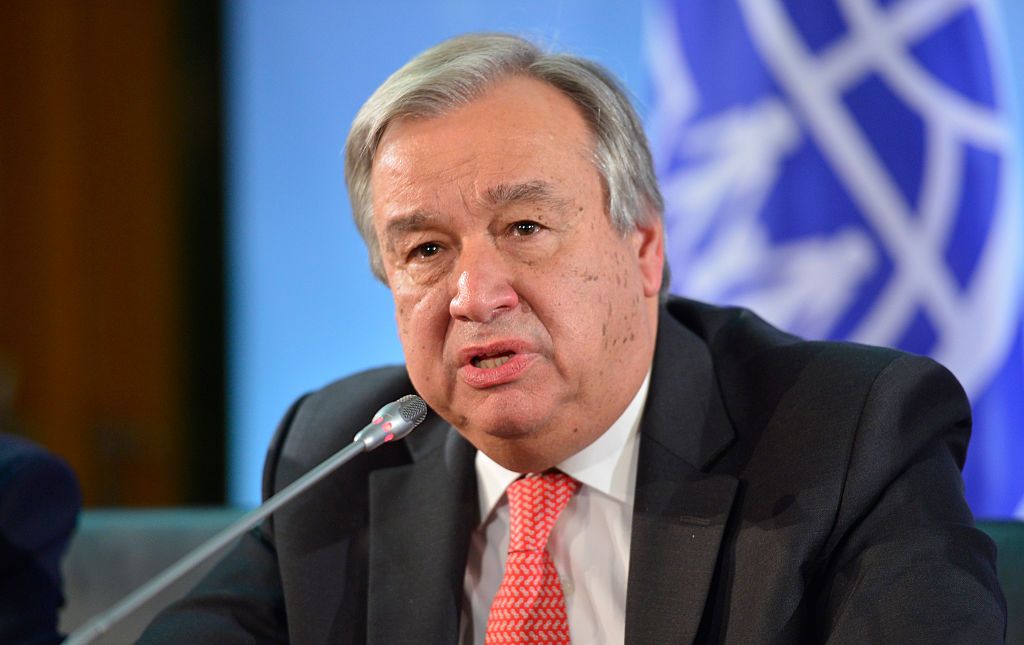 António Guterres: Profile of the Next U.N. Secretary-General

Think applying for jobs right out of college is challenging? Try applying to lead the world’s 7 billion people into the future. Over the past year, the U.N. held an election to fill the coveted title of Secretary-General since Ban Ki-Moon is terming out in December. On October 13, the General Assembly made its decision and appointed Mr. António Guterres to the position over several other extremely qualified candidates. But who is Mr. Guterres, and why does he possess the leadership skills to head the United Nations? How does the election process for the Secretary-General work? What challenges does Mr. Guterres face during his term? This article will outline the election process for becoming the Secretary-General, provide a profile of Mr. Guterres and his plans for the U.N., and then discuss the major challenges he must face while holding this esteemed position.

The Hardest Job Application in the Word

Surprisingly, the U.N. itself is very vague when it comes to how its Secretary-General should be chosen. Article 97 of the U.N. Charter, which outlines the details for succession, only states that “The Secretary-General shall be appointed by the General Assembly upon the recommendation of the Security Council.” So the only thing guiding the selection of a new Secretary-General is a rough outline of a two-stage process: the Security Council makes a recommendation, and then the General Assembly makes a decision. In practice, it’s a lot more convoluted. First, the Security Council goes through a phase of “early voting”, which is held via secret straw polls. Security Council members have three options for each candidate: encourage, discourage, or no opinion. The purpose of this system is to gauge support for the various candidates — and to pressure unpopular candidates into withdrawing. Six straw polls are held: one each in July, August, and October, and three in September. In the final straw poll, Mr. Guterres had a decisive lead, with 13 “encourage” votes, no “discourage” votes, and two “no opinion” votes. With such clear approval, it appeared as though Mr. Guterres was set to become the next Secretary-General.

However, the application process doesn’t just entail the recommendation by the Security Council. Due to the effort of the 1 for 7 billion campaign, which consisted of more than 750 international organizations and 170 million supporters worldwide, each candidate must deliver a live, two-hour televised and webcast interview. It begins with a presentation of the candidate’s
“vision statement,” a document outlining the candidate’s goals and mission for the U.N. Then, members of the General Assembly draw from more than 1,000 questions that have been submitted via social media. By making each candidate go through this process, the 1 for 7 billion campaign hopes that the General Assembly would then be able to make the most informed decision for the job.

So who is this man that now holds perhaps the most impactful job in the world? António Guterres was born in Lisbon, Portugal in 1949. He graduated with a degree in physics and electrical engineering at Instituto Superior Tecnico in Lisbon in 1971 and became an academic, teaching systems theory and telecommunications signals as an assistant professor.

However, his academic career was short-lived, as Guterres started his political career in 1974, joining the Socialist Party. That same year, five decades of authoritarian rule in Portugal under the Estado Novo regime came to an end. He then became involved in Socialist Party leadership, was part of the team that negotiated Portugal’s terms of entry into the European Union, and founded the Portuguese Refugee Council.

In 1995, Guterres became the Prime Minister of Portugal. He was well-liked during his first term, as Portugal’s economy was expanding. This expansion allowed Guterres to carry out numerous socialist reforms, increasing welfare spending and creating new conditional cash transfer programs. In addition, Guterres accelerated the program of privatization begun by the previous prime minister, privatizing 29 companies during his first term. On foreign policy, Guterres advocated for U.N. intervention in East Timor, after the former Portuguese colony was ransacked by Indonesian-backed militias. In addition, he finalized the 12-year long negotiations that transferred sovereignty of Macau, a Portuguese colony, to China.

Despite his successes first term, Guterres and his Socialist Party faced some major setbacks following the 1999 parliamentary election due to internal party conflicts and a slowdown in economic growth. However, approving the decriminalization of drug use and legalizing same-sex civil unions were progressive successes for Mr. Guterres. Guterres’s diplomatic career began in 2005 when he was elected UN High Commissioner for Refugees. As High Commissioner, he made several key reforms to the organization, cutting staff and administrative costs at UNHCR’s head office and expanding UNHCR’s emergency response capacity. In perhaps the best PR move the U.N. ever made, Guterres appointed Angelina Jolie as his Special Envoy to represent UNHCR and himself at the diplomatic level in 2012. During his final years in the position, Guterres worked tirelessly to secure international aid for Syrian refugees, calling the refugee crisis an “existential” one for host countries such as Lebanon and Jordan. Part of his efforts to help the situation was a $5 billion aid package to help up to 10.25 million displaced Syrians. Guterres’s term was so successful that the General Assembly voted to extend his mandate by 6.5 months. He left office having served the second-longest term as High Commissioner.

Vision for the Future

Now that he is elected as the next Secretary-General, Mr. Guterres can implement his plans for the world. In his vision statement, Mr. Guterres outlines several challenges that the world and the U.N. must face. Due to globalization and technological progress, global mega-trends move at a faster pace now than any prior point in history. With those two factors also comes extreme inequality and exclusion. In addition, the nature of conflict is changing, as there are more armed actors employing different methods of using violence. Terrorism, organized crime, and illicit trafficking are real threats. Finally, climate change is causing devastating epidemics at an increasingly frequent rate. With all these challenges in mind, Mr. Guterres has a lot to account for. Antonio Guterres addresses the General Assembly after the announcement of his appointment as Secretary-General. (Image source: UN Photo)

In order to combat these issues, Mr. Guterres proposes a variety of solutions. He emphasizes that more than bridging a traditional gap, humanitarian and development actors must work together at the very start of a crisis, ideally mitigating its negative effects. States that are the largest recipients of refugees should be a priority of development coordination, even if they aren’t the least developed countries. Human mobility should also be taken into account when coordinating development policies. According to Mr. Guterres, migration should be an option, not a necessity. In addition, Mr. Guterres stresses the importance of human rights, female empowerment, and the other core values upon which the U.N. is founded. In order to uphold this commitment, Mr. Guterres outlines a process of transparency, accountability, and oversight that he will implement, noting the importance of innovation and reform. Finally, Mr. Guterres underscores the necessity of partnership with regional organizations, international finance institutions, and the private sector. With all of these promises, Mr. Guterres aims to form a U.N. that is more efficient, more responsive, and more trustworthy. Best of luck to him.