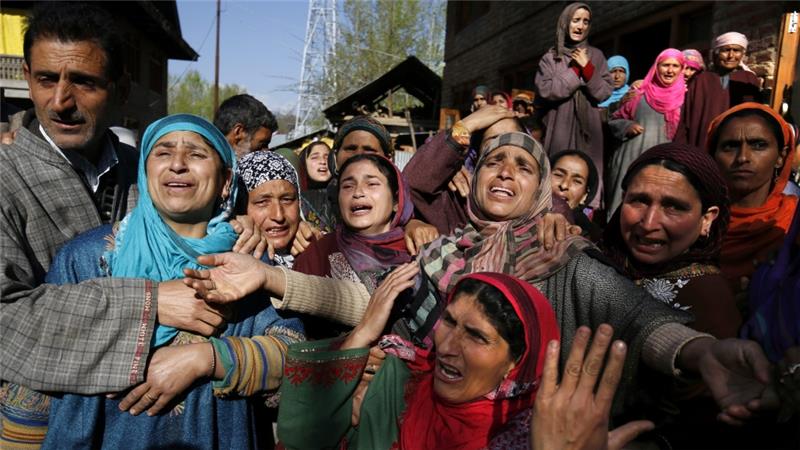 Kashmir: One of the World’s Longest Ongoing Conflicts Re-Ignited in 2016

Since July, tensions between India and Pakistan have flared up over the disputed region of Kashmir. While tensions never fully go away, given that there have been three wars over the region, this bout has lasted longer and been more deadly than other recent incidents. The most recent clash saw 7 Pakistani soldiers killed, the most since a 2003 truce. The government of Pakistan-administered Kashmir has said they have had to shelter 50,000 residents to protect them from the cross-border shelling.

Both India and Pakistan claim sovereignty over the whole territory, but in 1947, after Indian independence from Great Britain, the nations fought a war over Kashmir. Pakistan claimed Kashmir because it was a Muslim majority region, but it was ruled by a Hindu prince that wanted Kashmir to be its own country. The war ended when Kashmir was split up between the two countries at the Line of Control, the de facto border. India-administered Kashmir became a part of the Indian state of Jammu and Kashmir, the only Muslim-majority state in India. Even China administers a part of Kashmir called Aksai Chin, which it won when it defeated India in a small war in the 1960s. In the 1980s, an insurgency began against the Indian government by the Jammu and Kashmir Liberation Front (JKLF), whom India accused Pakistan of encouraging.

This dispute over who supports militants is one of the causes of the latest round of violence. In July 2016, a popular militant commander, Burhan Muzaffar Wani from Hizbul Mujahedeen, was killed in Indian-administered Kashmir leading. His death led to massive protests, where 96 protesters died and thousands were injured. These injuries include thousands who have been blinded by pellets fired by the Indian police. There have also been numerous attacks on security personnel and cross border firings, leading to casualties on both sides. At least 25 schools have been burned down as well, with no one claiming responsibility.

The curfew imposed during the protests was lifted in August after 50 days of turmoil. However, the conflict was reignited after 18 Indian soldiers were killed in an attack on an army base in Indian-administered Kashmir in September. India blamed Pakistan for supporting the militants, and the Indian army claimed to carry out strikes along the border in revenge. In October, one diplomat from each country was also expelled from the other.

There are also political conditions that have spurred protests. The Bharatiya Janata Party (BJP) joined the local People’s Democratic Party (PDP) in a coalition for the first time ever in Indian-administered Kashmir in 2015. The BJP has been tied with Hindu nationalism and has enforced beef bans in states it controls, as cows are sacred in Hinduism. This has disproportionately affected Muslims, who do not adhere to the same doctrine. Muslim separatist leaders closed down stores and government offices in protest when a beef ban was put in place in Jammu and Kashmir.

The conflict has even affected the entertainment industry. The Indian Motion Picture Producers Association has banned anyone of Pakistani descent from working on Bollywood films. This culminated in the controversy over Karan Johar’s newest hit movie Ae Dil Hai Mushkil. Pakistani actor Fawad Khan was ultimately allowed to keep his scenes in the movie, which Hindu groups around India still protested, as Johar vowed to not use any more Pakistani actors in his productions. Khan could not come back to India to promote the film.

The fight over Kashmir is one of the longest-running conflicts in the world, with the most recent violence leading to humanitarian and political concerns. However, it seems like it is only ramping up and affecting many different parts of Indian and Pakistani society for the foreseeable future.