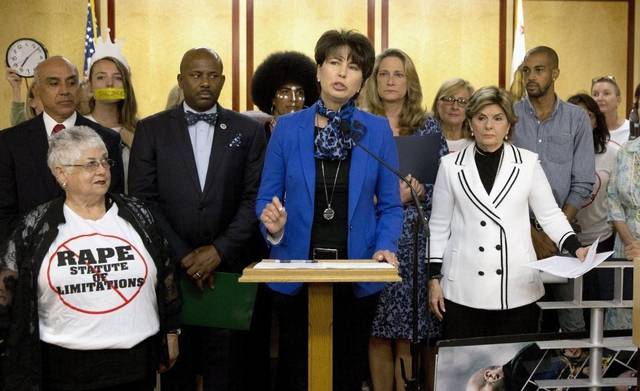 Can legislation address one of the most pervasive crimes in our society?

On March 30, 2016, Judge Aaron Persky of the Superior Court of California, Santa Clara County ruled on the case of People v. Turner, sentencing Brock Allen Turner to six months in prison for a rape he committed on the Stanford University campus in January. Immediately, outrage exploded across social media as indignant watchers condemned both Turner and Persky. Many claimed that the verdict was lax, egregious, and insensitive given Turner’s background and in contrast to the recommendation of the prosecution, which called for Turner to be sentenced to six years in prison.

Eventually,, that outrage made its way into the California State Capitol; in September, the State Assembly passed AB 2888, prohibiting courts from suspending sentences on sex crimes and the implementation of mandatory minimum sentencing for those same offenses. It was unclear in the aftermath of the Turner verdict whether public outrage would translate into public policy. But through the summer, exactly that had happened. Although the drafting and introduction of the bill preceded Judge Persky’s decision by nearly two months, it is likely that the verdict and the flood of anger it generated compelled the assembly to swiftly pass the bill with an overwhelming majority. With that, California became the first state to ever establish mandatory sentencing for sex crimes.

Upon passage, AB 2888 received both praise and critique. Many, including candidate for U.S. Senate Loretta Sanchez (D-CA), commended the California state government for addressing sexual assault. Others envision a higher and more symbolic role for the bill, hoping that it will be a harbinger for addressing rape culture writ large. By establishing mandatory sentencing, lawmakers are betting that sexually violent behavior can be curbed if sentencing mandates are stricter. This law is especially central to preventing incidents on college campuses, where sexual assault is alarmingly pervasive, yet more than 80% of the incidents that occur go unreported. Similarly, in many workplaces, more than 70% of workplace sexual harassment cases go unreported, even though more than a quarter of female employees experience some form of sexual harassment from their superiors and coworkers across all fields of labor.  This lapse is due to any number of reasons, which the article does not attempt to examine; rather, the article analyzes how these institutions respond to the cases that are brought before them

The most obvious and frequently applied punishment is ejection from school or work, but recently even those measures have come under scrutiny for a) being applied sporadically , and b) not going far enough in punishing the most heinous violations. This is where AB 2888 applies, by ensuring that no sentence for a rape case can be shortened. The collective expectation of the bill’s supporters is that government intervention can once again address the worst sexual crimes and that ultimately, a social issue as pervasive yet evasive as rape culture can be addressed by changes to the law. By preventing individuals accused of sex crimes from being acquitted or given abnormally light sentences, California lawmakers are hoping to position themselves as sympathetic to anti-sexual assault advocates, and thereby tough on sex crimes.

However, this has inspired criticism that mandatory minimum sentencing, even for sex crimes, is no different from the failed mandatory minimum sentencing policies that applied to drug and other violent crimes. Those critics allude to laws such as California’s former Three Strikes Law, which has denounced as being responsible for disproportionately targeting and incarcerating peoples of color for the same crimes that white people would have been accused of. They have the same worry about about bills like AB 2888, which they fear will have the same effect on communities of color and social disadvantage.

Most of that criticism stems from the fact that stricter sentencing will not have as strong an effect on the frequency of sex crimes as they are expected to have. The question is: what good will the law do if it is only going to increase prison populations if so many actual rape cases go unreported? There is no incentive, insofar as AB 2888 is concerned, for victims of sex crimes to disclose their cases. Without addressing such a crucial part of so many sexual assault cases, there is no gauge for whether such a law can be effective and achieve its objective.