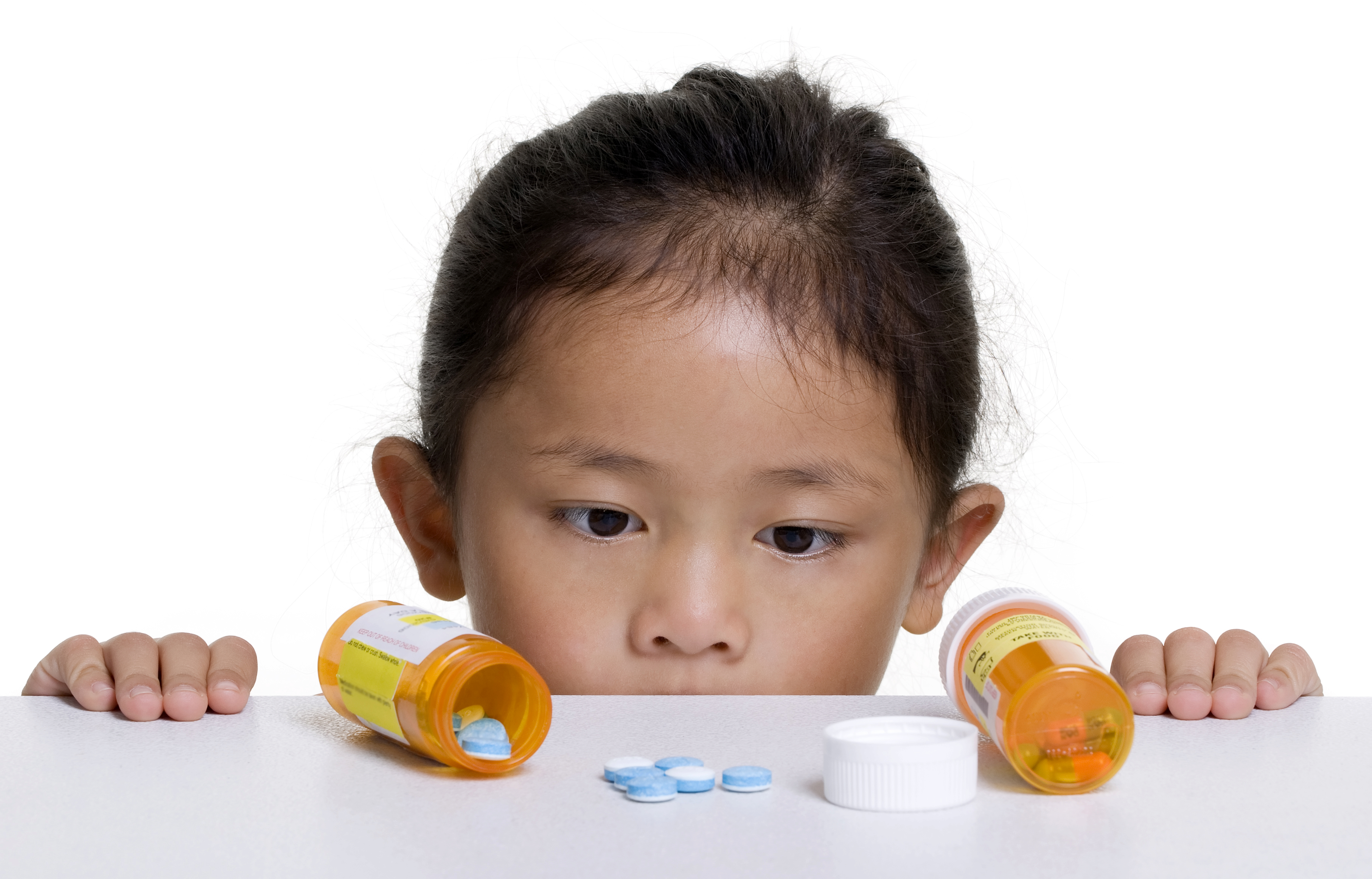 After a summer filled with doping scandals, barred athletes, and the Rio Olympics, Russian hackers exposed American gymnast Simone Biles in September for taking prohibited medication during the games. No scandal came of the revelation because the World Anti-Doping Agency (WADA) pre-approved Biles of her Attention-Deficit/Hyperactivity Disorder (ADHD) medication. But what it did do was shed some light on the prevalence of ADHD among America’s youth today.

The U.S. has the highest rate of diagnosed ADHD at 11% compared to a rate of around 5% in countries such as Brazil, China, and Europe. The number is even higher among teenage boys, with figures as high as 20%, according to the CDC’s latest report. Dr. Stephen Faraone, a child psychologist focusing on attention disorders, conducted a study to compare a sample of clinical trials from American children to a sample of clinical trials from children in other parts of the world. He questioned if there are social and cultural factors within the US that drive a higher prevalence of ADHD among America’s youth. The researchers also questioned whether the rest of the world’s medical community like the American medical community just did not address the issue.

But other factors, like government policy, make it seem like the American medical community is actually focusing on ADHD too much. Ever since the enactment of school accountability laws, like No Child Left Behind, school systems are pressured to make sure every student passes certain standardized tests. School systems depend on the success of their students on these exams in order to receive necessary funding and it is low-income communities that are typically more vulnerable to losing this funding given their school systems’ lack of resources.

Health economist Dr. Richard M. Scheffler and psychologist Dr. Stephen P. Hinshaw of UC Berkeley reported in their collaborated book, The ADHD Explosion, a 59% increase for ADHD diagnosis among students in low-income communities ever since the launch of school accountability laws. This is compared to a less than 10% increase in middle and high-income children. Lower income school systems turn to ADHD diagnosis and treatment in order to maximize test scores with “attention-enhancing” medications or special testing accommodations to ensure they do not see the negative impact of school accountability laws.

The impact of school accountability laws is more apparent on a regional basis due to education being under the jurisdiction of state power. A student in North Carolina is 2.5x more likely to be diagnosed than its western counterpart in California. Many states go beyond No Child Left Behind with laws passed that require further examination, like some that are required for high school seniors to graduate.

But one regionally specific cultural factor that is considered by Hinshaw and Scheffler is the marketing campaigns put out by major pharmaceutical companies. Novartis, the creator of Ritalin which is the most common medical treatment drug for ADHD, puts a lot of their commercial funding into magazine advertisements. This helps explain why ADHD is so common among other parts of America than others because the South is most vested in magazine subscriptions relative to other regions in the US.

This revelation brings to light another factor that drives the overdiagnosis of ADHD in America: the power of pharmaceutical companies and the healthcare industry. Both sectors are some of the biggest spenders in government lobbying and the healthcare industry in America is one of the most lucrative in the world. While healthcare professionals take the role of diagnosing patients, pharmaceutical companies make and distribute the drugs that health professionals prescribe to patients.

It is the same health professionals, in this case psychiatrists, that determine the criteria for diagnosing mental health disorders and diseases through the sporadic publication of the Diagnostic and Statistical Manual of Mental Disorders (DSM). Doctors, health regulators, and pharmaceutical companies rely on DSM to base their diagnoses, produce the proper treatments, and appropriately supervise healthcare practices in the US. Attention Deficit Disorder (ADD) was first acknowledged in the DSM-III manual in 1980 and the hyperactivity component was added in the fourth edition in 1994. With every new edition ever since, the criteria for ADHD diagnosis had broadened significantly. The latest manual that was published in 2013 (DSM-5) allows for late-onset diagnosis and revised the wording of the criteria to replace phrases like “clinically significant” to more ambiguous descriptions. DSM’s European counterpart, ICD-10, calls their form of ADHD hyperkinetic disorder (HKD) with a lower prevalence of diagnosis among children.

The publication of the DSM by the American Psychiatric Association (APA) has raised some flags in the legal community for the relationship between healthcare professionals and pharmaceutical companies. One lawyer, Dickie Scruggs, surfaced this conflict of interest in a lawsuit against Novartis, APA, and the Children and Adults with Attention-Deficit/Hyperactivity Disorder (CHADD). Although all lawsuits failed in four states and Puerto Rico, it shed light on the dynamics between the three organizations: the APA sets guidelines for ADHD diagnosis by psychiatrists, Novartis manufactures the Ritalin that doctors prescribe to ADHD patients, and CHADD raises awareness and advocacy for ADHD.

Many professionals within the healthcare sector have also voiced concerns over the proliferation of ADHD diagnosis in America. Dr. Lawrence Diller, a behavioral pediatrician from Columbia University’s College of Physicians and Surgeons, states in his bestseller Running on Ritalin of ADHD diagnosis’ affiliation with “cosmetic psychopharmacology”, or the use of psychoactive substances to change functions for conditions that are either normal or subclinical. Another definition for the word states that the substance serves the purpose of enhancement rather than treatment. This ties to Israel’s policy that makes it possible to get ADHD medication prescribed to improve performance in the work setting.

While there is no question of the legitimacy of Simone Biles’ ADHD diagnosis or need for treatment, if her prescription was found to be a part of the cosmetic psychopharmacology seen around ADHD medication, her substance intake could be seen as for enhancement rather than treatment and deemed as violating her waiver for a clinical condition. But that’s not the way Americans and the rest of the world see it, yet.

It is the long term effects of drugs like Ritalin and Adderall, another popular ADHD medication made with amphetamine salts, that raise concerns of how an ADHD diagnosis can drive American society to giving their kids these pills on a daily basis. In its early days, amphetamine was taken to elevate mood, suppress an appetite, or stay thin. Then, in the 1970s, the Food and Drug Administration (FDA) stepped in with regulations and amphetamine consumption decreased. It wasn’t until the drug was reintroduced in the market for ADHD patients in the 90’s that its popularity started coming back. Although there is no substantiated research on the long-term effects of Adderall, amphetamines can cause an increased breathing rate, amphetamine-induced anxiety, and many more side effects depending on the dosage. Casey Schwartz’s article “Generation Adderall” provides more information on the personal experiences of long-term amphetamine use.

Millennials and their parents are a generation starry-eyed by school accountability laws and the influence of the medical community in believing that many of their children need a daily pill to stay focused. It’s the overdiagnosis of ADHD that’s enabled Ritalin and Adderall prescriptions for children to be ubiquitous in society today. It’s the manipulation by the APA in DSM criteria and marketing appeal by pharmaceuticals that has blinded parents into consciously making their kids dependent on amphetamines and other stimulants.

But ADHD is not the only disease: other diseases and disorders like Asthma and autism have also seen an increase in their diagnosis among millennials for their own driving factors. More of these phenomena within healthcare are bound to happen and can likely spread to other parts of the world, making it more than just an American problem. Soon enough, it’ll be drugs that make the world go round.