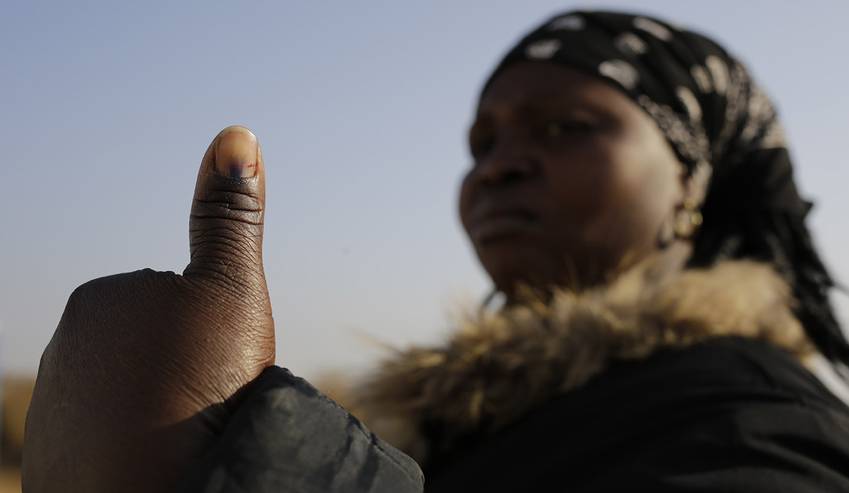 For the party that led South Africa out of Apartheid, a monopoly on the future of South Africa has long been assured — that is, until last August. Taking home only 53.9% of the vote in the municipal elections, the African National Congress (ANC) dropped to a result a far cry from its dominating victories in the elections of the 1990s and 2000s, when the ANC consistently took 60 to 70 percent of the vote. Many observers, from papers to pundits, claimed that the endemic corruption of the ANC under President Jacob Zuma has disturbed party demographics and helped opposition parties gain support among disillusioned ANC voters. With each day bringing yet another corruption scandal, the observers’ claim is certainly persuasive, but its simplicity may belie the truth.

Ultimately, empirical data reveals that the ANC’s decline can be attributed to demographic changes and not to corruption in Zuma’s administration. Among these shifts, the coming-of-age of post-Apartheid youth and the rise of the black middle class bring the greatest potential for change, as both groups are less likely to align with the ANC. It is this these demographic changes, not corruption, that will represent the greatest challenge to the ANC and its effective one-party system.

Corruption is certainly not new in South Africa. Since the end of Apartheid, ANC governments have been repeatedly accused of large-scale corruption, from the 1999 South African Arms Deal to the recent corruption charges against Jacob Zuma. These events may make good headlines in international news but corruption is deeply embedded in South African society, and resources for public services are routinely diverted to line politicians’ pockets while bribery and favoritism are endemic in all levels of government.

Many observers claim this embedded corruption has caused voters to lose faith in the ANC,  allowing the opposition to make headway with the overarching demographic changes in the country. In this case, the ANC needs to regroup and provide voters with a reasonable plan to battle corruption or stand to lose its control to opposition parties claiming an anti-corruption mantra.

The problem with this narrative is that the data disproves any correlation between ANC corruption and its electoral losses. The Corruption Perceptions Index (CPI) assigns countries a corruption score between 0 and 10,  where 10 represents no corruption. Between 1999, the year Nelson Mandela stepped down, and 2016, corruption had no effect on the ANC’s electoral results.

While there is no clear trend in corruption, the ANC’s share of the vote mostly increased from 1999 to 2006 and decreased in the period following, indicating that corruption is not the driving factor in the recent electoral shifts. Rather, it’s something much more central to electoral politics: demography.

There are more young people today in South Africa than ever before. In the last three decades the population grew at an average of 3% per year, and today South Africa’s population numbers slightly below 53 million. In the wake of the 2008 financial crisis the job market was no longer able to support the large yearly influx of young jobseekers, many of whom were poor blacks with little education, causing a sharp rise in unemployment. Many theorists believed this could present a “ticking timebomb” for South African politics, as more and more disillusioned post-Apartheid youth entered both the workforce and the electorate with no party loyalties.

The past two decades have seen the rise of the black middle class in both absolute numbers and as a proportion of the population. In 2011, black middle-class South Africans numbered between 3 and 4 million (7% of the black population), compared to only a few hundred thousand (around 1% of black population) 20 years before. Blacks now make up around 50% of the total middle class and accounted for 51% of university graduates and suburban home purchasers in 2014. As groups that have risen out of poverty— like the growing black middle class — turn their priorities to higher-order issues like democracy and corruption, different voting patterns should follow.

To verify the real-life impact of these demographic changes, researchers have carried out a number of studies on the voting patterns of the middle class and youth and found that the theory is largely borne out in real life. The black middle class and  post-Apartheid youth vote differently from other groups and are less likely to support the ANC.

“Both physiologically secure respondents and those with higher education are significantly more likely to vote DA [the opposition], as are younger black voters,” says Dr. Robert Mattes of the University of Cape Town, a researcher behind the Afrobarometer research project.

Historically this has had a negligible effect on election results. One reason is that the black middle class is still so small, so although the black respondents in the Afrobarometer survey who said they would vote for the DA were almost entirely from the middle class, they made up only 4% of the total black respondents. Similarly, youth voters represent a smaller portion of the electorate because their political participation is low.

Now, however, it seems that two demographic shifts are finally picking up political steam. In the last election the ANC lost in Nelson Mandela Bay, Tshwane (Pretoria), and Johannesburg, all of which have majority black populations with a median age in the mid-20s. The effect of the youth vote was so strong that the ANC lost not because electoral wards were flipped, but because support in traditional strongholds reached new lows. The rising black middle class, while not yet as numerous as the youth, is sure to be a deciding factor in elections to come. Whichever party can capture these free voters will have a huge advantage, and right now that’s the opposition Democratic Alliance, a centrist party led by Mmusi Maimane that defeated the ANC in the country’s largest cities.

What the 2016 election signifies is not a breaking point on corruption in South African politics but a milestone in the demographic changes that are now beginning to define South Africa’s future. It represents a departure from the simpler racial politics of the 1990s and 2000s, and while the full effects of these changes have not yet been felt, demographic changes will usher in new problems and considerations. As South Africa ventures into this uncharted territory, the survival of the ANC and its one party system will depend on how well they can react to these new faces in South African politics.