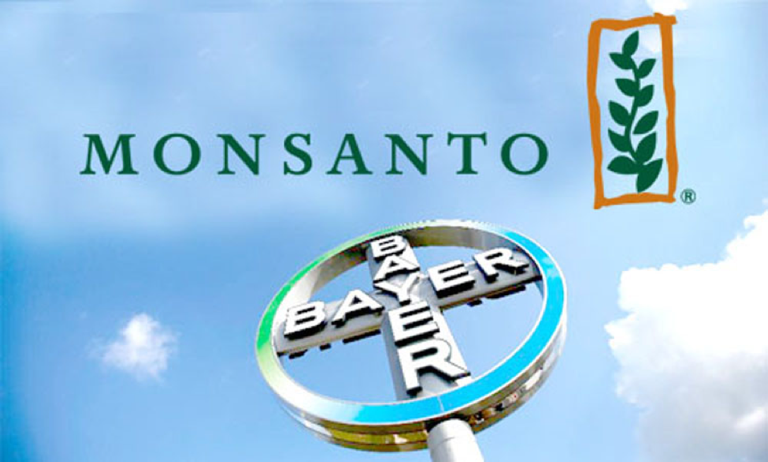 When the rich and powerful try to work together to become even bigger, backlash can be expected.  German pharmaceutical giant Bayer’s agreed acquisition of American agricultural biochemical company Monsanto for $66 billion (a $128/share valuation) was no exception.  The impending Bayer-Monsanto merger has already acquired negative reviews, in part due to antitrust concerns and in part due to Monsanto’s bad reputation. Critics have decried it from being “worrisome” to a “five-alarm threat.”  General concern, especially regarding a potential monopoly on certain seeds, is not unfounded.  However, what is unwarranted is the amount of vitriol toward the deal simply based on popular opinion of Monsanto.

From sensational news stories to polemical documentaries, mass media loves to mischaracterize Monsanto. When I mentioned to a friend that I was writing about Monsanto, she went on a ten-minute tirade about how “bad” Monsanto was.  Most of her concerns turned out to be common misconceptions.  For example, the story that Monsanto sues farmers whose crops have been accidentally cross pollinated is simply untrue.  The story behind this myth was that Monsanto sued a Canadian farmer for growing its patented Roundup Ready canola seeds without paying the royalty fee.  The farmer at first insisted that these seeds must have been accidentally blown over from a nearby field or a passing truck.  However, various tests showed that between 50% and 95% of the canola were grown from Monsanto’s modified seeds, rendering the farmer’s story implausible at best.  The farmer then changed his story, explaining that he had sprayed Roundup on the area of his field closest to his neighbor (who used Monsanto’s Roundup Ready canola) and then selected for second generation seeds with Monsanto’s modified gene by collecting seeds from surviving plants.  Thus, he had intentionally violated patent laws by planting those seeds.  Monsanto won the case.

Monsanto’s seed patenting is another common cause for concern.  When a farmer purchases Monsanto’s transgenic seeds, they are purchasing it to be used for one crop.  By harvesting seeds, and reusing it the next year, the farmer is infringing upon Monsanto’s patent.  It’s understandable to want to support farmers trying to make a living.  However, laws must be consistent and laws must be adhered to.  When Monsanto sued a farmer for using Monsanto seeds he harvested for a second crop, the Supreme Court ruled unanimously in Monsanto’s favor because the farmer was in the wrong here.  Just as it is illegal to buy a copyrighted text, make copies of it, and make a profit from those copies, the law here that was broken was the unauthorized making of a patented product.  In case that isn’t convincing enough, imagine if the Court ruled in the farmer’s favor.  Farmers could hypothetically buy a small batch of genetically modified seeds and use them in perpetuity, with Monsanto only receiving compensation for the initial batch of seeds despite investing millions into the research, development, and production of said seeds.  Nonetheless, Monsanto received a large amount of negative press coverage for this case.

Monsanto is a profit-driven company, a participant in our ruthless capitalist society. But hopefully it no longer seems like the devil’s company.  In fact, there are potential merits to the Bayer-Monsanto merger. The two companies say that by combining, they will have a larger and more efficient research and development core with a budget of $2.8 billion.  This synergy will lead to “significant and lasting benefits for farmers: from improved sourcing and increased convenience to higher yield, better environmental protection and sustainability.”  No one knows whether Bayer-Monsanto’s stated goals will be achieved.  While this certainly doesn’t inspire confidence, the truth is that conclusive data is simply unattainable because this type and scope of merger in the agricultural section was unprecedented until the last couple years as Dow-DuPont and ChemChina-Syngenta all reached deals.  (Another telling sign that backlash to this merger could be primarily due to Monsanto’s reputation is that Dow-DuPont and ChemChina-Syngenta, both mergers of similar scales, received nowhere as much negative attention.)

Some critics claim that Bayer-Monsanto’s desire to reduce world hunger through more efficient GMO crops is a non-issue because the world produces enough food to feed 2-3 times the world’s population.  However, this claim is misguided at best.  The world on average produces enough food to feed 2790 kcal/person/day, which comes out to be food for 1.4 times the world’s population at an extremely unrealistic 100% efficiency rate.  Yes, world hunger is in part due to the gap between wealth and poverty and ineffective methods of delivery, but by creating cheaper and more nutritious crops, this can certainly be alleviated.  In affluent parts of the United States, organic produce is desirable.  However, for most of the world, this is simply unrealistic: food is food, no matter the source.

Others have cited environmental concerns.  Sustainable farming is a careful science that involves field rotation and other healthy practices to ensure the preservation of fertile farmland and the prevention ecological degradation.  The thinking is that by making high yield crops more affordable and profitable, farmers will feel incentivized to move away from sustainable farming and toward high yield agriculture.  However, there is little evidence that high yield and sustainability are mutually exclusive.  If anything, farmers recognize that they need to protect their fields so that they reap bountiful harvests year after year.  Regardless, sustainability is certainly an issue to be fixed by various governments possibly through correcting market imbalances by redistributing taxes as subsidies for those who practice more sustainable farming practices.  Agro-chemical companies should not be burdened with something over which they have no regulatory control.

Another major concern is the potential for a monopoly when a combined Bayer-Monsanto holds a such a large stake in the global agro-pesticide industry.  Antitrust officers in both Germany and the United States are taking a close look at this deal.  Certain divestments and promises will be made to ensure that no laws are broken.  However, Bayer and Monsanto are companies with different focuses.  Bayer focuses on pharmaceuticals and agricultural chemicals, while Monsanto is famous for its genetically modified seeds and the pesticide Roundup.  Despite all the chatter about a monopoly, Bayer-Monsanto would still only produce 29% of the world’s seeds and 24% of its pesticides.  Even if the aforementioned Dow-DuPont and ChemChina-Syngenta mergers went through as well, a three company hold over 70% of the pesticide market will still allow for a competitive market from an economic standpoint.

There is no doubt that shareholders will make money from this merger if it goes through.  But that may not be a bad thing if consumers can benefit as well.  Time and time again, big agro-pesticide companies and modern agricultural advances have been derided by critics without scientific merit.  We do not know if this deal will end up hurting consumers in the long run.  However, we should not form passionate opinions based on misleading tidbits that we are fed in the form of attractive documentaries and targeted stories that appeal to our pathos to evoke strong yet conditioned emotions.  Perhaps it’s time we give them the benefit of the doubt.