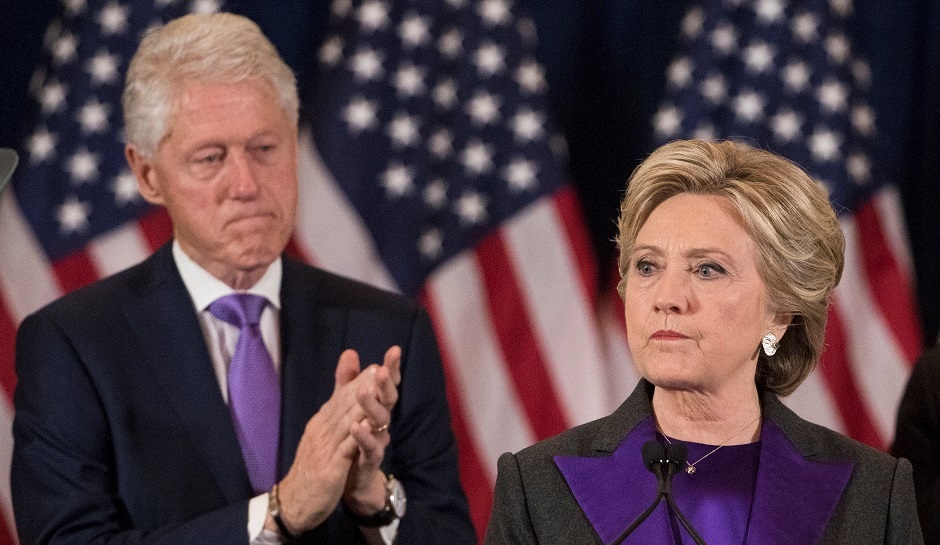 Why the Clinton Democrats Lost and Will Keep on Losing

President Trump. Let that sit in. People across the country are confused, angry, or celebrating Trump’s decisive win over Hillary Clinton after a bitterly divisive presidential election.

Misogyny, racism, and the FBI are being suggested as potential causes for the loss of a former Secretary of State and First Lady to a playboy businessman. Despite the validity of the above causes, they are all overshadowed by the fundamental fact that the Clinton Democrats have outstayed their welcome. The results are in and the people have spoken. Across the country, Americans have thoroughly rejected the status quo of corporate money in politics and the political establishment in favor of populist fervor.

In trying to make sense of this election, one can either focus on the Trump’s strengths, Clinton’s weaknesses, or the interplay of both. Clinton’s weaknesses are directly associated with the overall flaws of the Democratic Party, unlike Trump, who campaigned on being a political outsider. Since the late 1980s and the meteoric rise of Bill Clinton as Chairman of the Democratic Leadership Council (DLC), the Democratic Party has shifted right and openly embraced political money from multinational corporations and Wall Street.

In the process, the Democratic Party began to alienate its core voting base: working class Americans. For example, blue-collar workers in the Rust Belt states of Michigan, Wisconsin, Ohio, and Pennsylvania have been faced with waves of layoffs ostensibly due to automation and free trade deals like NAFTA signed in by Bill Clinton, and Hilary failed to win any of these reliably Blue states that have not been Red since the 1980’s. Trump and Clinton’s Primary opponent Bernie Sanders both tuned into the fear and frustration experienced by this critical voting bloc. Clinton also treated this entire election as a coronation ceremony, failing to engage with voters and excite them. After the Primaries, Clinton only visited Pennsylvania three times, Michigan twice, and never held any events in Wisconsin.

Bernie Sanders’ treatment during the Democratic Primaries also speaks volumes about the Party’s establishment. The Democratic National Committee (DNC) is responsible for overseeing Primary debates, Party fundraising, and remaining neutral until a nominee has been selected. However, as WikiLeaks emails in July 2016 demonstrate, the DNC Chairwoman Debbie Wasserman Schultz and other top officials systematically violated their neutrality by coordinating only with Clinton’s campaign to set debate dates, editing a Politico article about Hillary’s fundraising before it was published, and questioning Sanders’ Jewish faith at events in Southern states. Schultz, who interestingly co-chaired Clinton’s 2008 presidential campaign, was forced to resign as DNC chair, only for her successor, Donna Brazile, to be exposed for giving Primary debate and town hall questions to Clinton’s campaign. In response to the scandal, Brazile claimed that she had no regrets about what she had done. Remorseless political cronyism at the highest levels of leadership may not inspire voters to vote for one of the least-favorably viewed candidates in US history and Party members in down-ballot races.

Regardless of the outcome of the Presidential election, 2016 was meant to be the year that Democrats recovered from their humiliating losses in the 2014 midterm elections. With Trump’s constant barrage of incendiary comments dragging down Republicans’ favorability, Democrats seemed poised to take back control not only of the Senate but even the House of Representatives. Out of a total 34 Senate seats up for grabs, 24 were from Republican incumbents, and the Democrats only needed to gain five seats to have a majority. However, they only managed to obtain two new seats and failed to make any significant inroads in the House, providing Republicans with a unified government. Republicans also dominated in state elections, consolidating unified gubernatorial and legislative rule in 24 states to the Democrats’ 6, and controlling two thirds of all state legislatures. The 2018 electoral map is essentially a nightmare for Democrats, because out of 34 more Senate seats that will be up for grabs, 25 belong to Democratic incumbents. Out of these 25 seats, 13 are for states that Trump carried or lost by a thin margin. The House will likely remain out of reach due to the lingering effects of Republican gerrymandering in 2010.

With Hillary Clinton effectively out of the political sphere, the Democrats are also plagued with a leadership crisis if they wish to remain relevant. Senators Bernie Sanders and Elizabeth Warren are highly popular with millennials and the populist left, but are 75 and 67 respectively. California Representative Nancy Pelosi, who is widely respected in the House after serving since 1987, is herself 76 now, and retiring Vice President Joe Biden is 73. New Jersey Senator Cory Booker, California Senator-elect Kamala Harris, and Hawaiian Congresswoman Tulsi Gabbard are slotted as potential charismatic leaders but only time will tell if they can helm the Party. Ultimately, the Democrats need to perform serious soul searching about what direction they will take their party, be it embracing the passionate populist left or continuing the Clinton age of Wall Street ties, and who they will chose to lead them from the ashes of the 2016 Presidential Election. The 52.7% of Americans that did not vote for Trump are looking for a party to trust in and a leader who will speak for them.