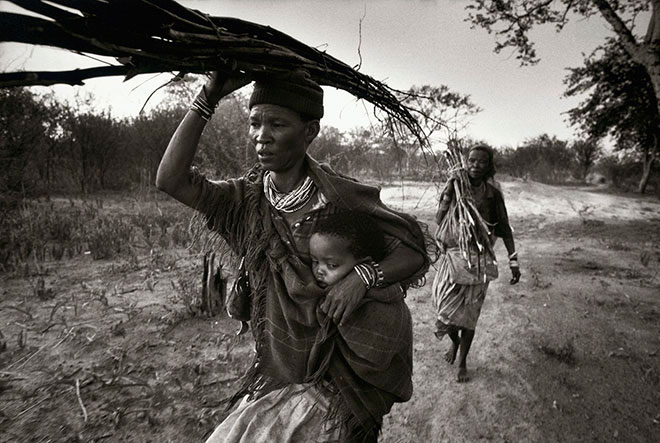 The Cost of Conservation

The term “climate refugee” is increasingly entering the mainstream as more people are displaced due to climate change. But what about those being pushed out of their homes by people who want to save the planet? Will there be a rise in what former U.C. Berkeley lecturer Mark Dowie calls “Conservation Refugees?”

Earlier this September, the latest session of the International Union for Conservation of Nature’s (IUCN) World Conservation Congress came to a close. The IUCN is an international organization that brings together scientists, government officials, NGOs, civil society organizations and indigenous representatives to discuss environmental law and protection. As they gathered in Hawaii to discuss strategy and funding, the Administrative Court of Thailand was ruling that the forced eviction of the Karen community from Ban Bangkloi Bon was legal.

This ruling is sure to set a dangerous precedent for how human rights issues are dealt with as Thailand continues to pursue more conservation projects. However, this issue is not limited to Thailand. Globally, there have been clashes between indigenous communities and conservation groups over territorial rights. As things currently stand, indigenous groups are losing the battle.

Environmental conservation protects biodiversity, which is important for climate regulation, nutrient management, and maintaining the availability of resources like food and water. As the effects of climate change increasingly become a part of our present reality, environmental protection organizations and NGOs are doing damage control, protecting the land that can still be protected and minimizing further damage. But this biodiversity-centric approach to conservation is proving to be problematic. The land that is under protection or that is being sought for preservation often overlaps with indigenous and tribal territory.

In many occasions, the reason conservation areas contain enough biodiversity to be conserved in the first place is because generations of indigenous people have managed to live off of the land without destroying it. Conservation projects that ignore this fact are part of the problem and do not pursue conservation through partnership with indigenous communities.

The lack of cooperation between conservation projects and indigenous communities is not a new problem. During the November 2004 IUCN conference in Bangkok, Martin Saning’o, leader of the Maasai — an indigenous group dwelling in Kenya and northern Tanzania — stood up in front of a room full of conservationists and declared that the Maasai were “the enemies of conservation.” Saning’o was expressing his frustration with the lack of respect conservation groups seem to have for indigenous territorial rights. To their credit, environmental organizations have made an effort to increasingly include indigenous groups in their decision making, but this has not stopped the forced evictions of thousands from their homes.

A few months ago, Victoria Tauli-Corpuz, the United Nations Special Rapporteur of the Human Rights Council, sounded the alarm on this very issue. Her report to the UN General Assembly stressed the same points indigenous rights groups have been making for years: environmental conservation is hurting indigenous communities worldwide. Her report states that about 50% of the land that is currently deemed “protected” is land that used to be occupied by indigenous communities that are now displaced.

This displacement happens despite the protections that are in place. Article 29 of the UN Declaration on the Rights of Indigenous Peoples gives indigenous people the right to control their own land and contribute to the management of sustainable development efforts. Article 12 of the International Covenant on Civil and Political Rights asserts that human beings who are lawfully residing in a state have the right to determine where they live and cannot be forcibly removed.

Yet the displacement continues. In Botswana, the San of the Kalahari desert were pushed out of their ancestral homeland, which overlaps with the Central Kalahari Game Reserve, in 1997. In 2006 the San won a case against the government allowing them to live and hunt within the reserve, yet they are still subject to strict hunting restrictions and a “shoot-on-sight” policy the government originally put in place to deter poachers, despite the fact that the San need to hunt to feed their families.

Botswana’s Environment, Wildlife and Tourism Minister Tshekedi Khama has claimed that the  policy is aimed at deterring poachers who hunt for profit with automatic weapons and does not target the San. However, a representative for tribal rights organization Survival International working on the ground in Botswana with the San told the Berkeley Political Review that “bushmen [San] hunters inside the reserve were arrested, beaten and shot at by government officials.”

This comes after an announcement in May about a potential easing of the hunting ban. During an interview with the Sunday Standard, Minister Khama said “we are now looking at how we can regulate and monitor how Basarwa [the San people], and other Batswana [citizens of Botswana] in general, can be allowed to kill animals for the pot in certain areas. This is because the number of animals we feared were under threat at the time of the hunting ban have increased.”

Even if conservation may have led to an increase in the number of previously endangered animals, this does not change the fact that the San had their access to water cut off and their homes destroyed for this conservation to take place. Further, the representative from Survival told the Berkeley Political Review that there has been no evidence of this easing and that the Bushmen his team has spoken to are not aware of it.

The Karen people living in Thailand face a similar struggle. They recently lost their suit against Thai National Park officials who allegedly burned down their homes in an effort to force them off of their land in Ban Bangkloi Bon, now a part of the Kaeng Krachan National Park. Ko-i Mimi, spiritual leader of this Karen community and one of the plaintiffs in the suit, made the following statement: “I swear on all sacred spirits that I have lived on that land [Ban Bangkloi Bon] all my life. When I first remembered the taste of my mother’s milk, I was there. That is my ancestors’ land, but if the court tells me to stay elsewhere, I’ll follow. But I would like to say that it is against my will and the authorities have forced me out of my home.”

The Administrative Court of Thailand  ruled that the evictions were legal under the premise that the Karen were occupying land within the parameters of a national park. Burning down their homes was therefore within the rights of the National Park officials according to Article 22 of the National Park Act, but the court did grant each plaintiff a compensation of just under $290 US dollars for the loss of their belongings.

Despite the terrible human rights abuses being inflicted upon indigenous groups, conservation and human rights are not diametrically opposed. The current model for conservation might be working for the planet, but it is not working for people. Earlier this September, the IUCN took a step in the right direction by finally granting membership to indigenous peoples’ organizations and showing a willingness to change its strategies.

As the Survival International campaigner pointed out, “indigenous peoples are the best conservationists and guardians of the natural world. They should be at the forefront of the environmental movement.” Environmental conservation is meant to protect the planet for the sake of human civilization. It should not have to forsake the most vulnerable and the least culpable to do so.

Liya is a writer for the World Section of the BPR. She is studying Economics and enjoys writing about climate change, human rights and social policy issues. In her free time, she likes to travel and read.