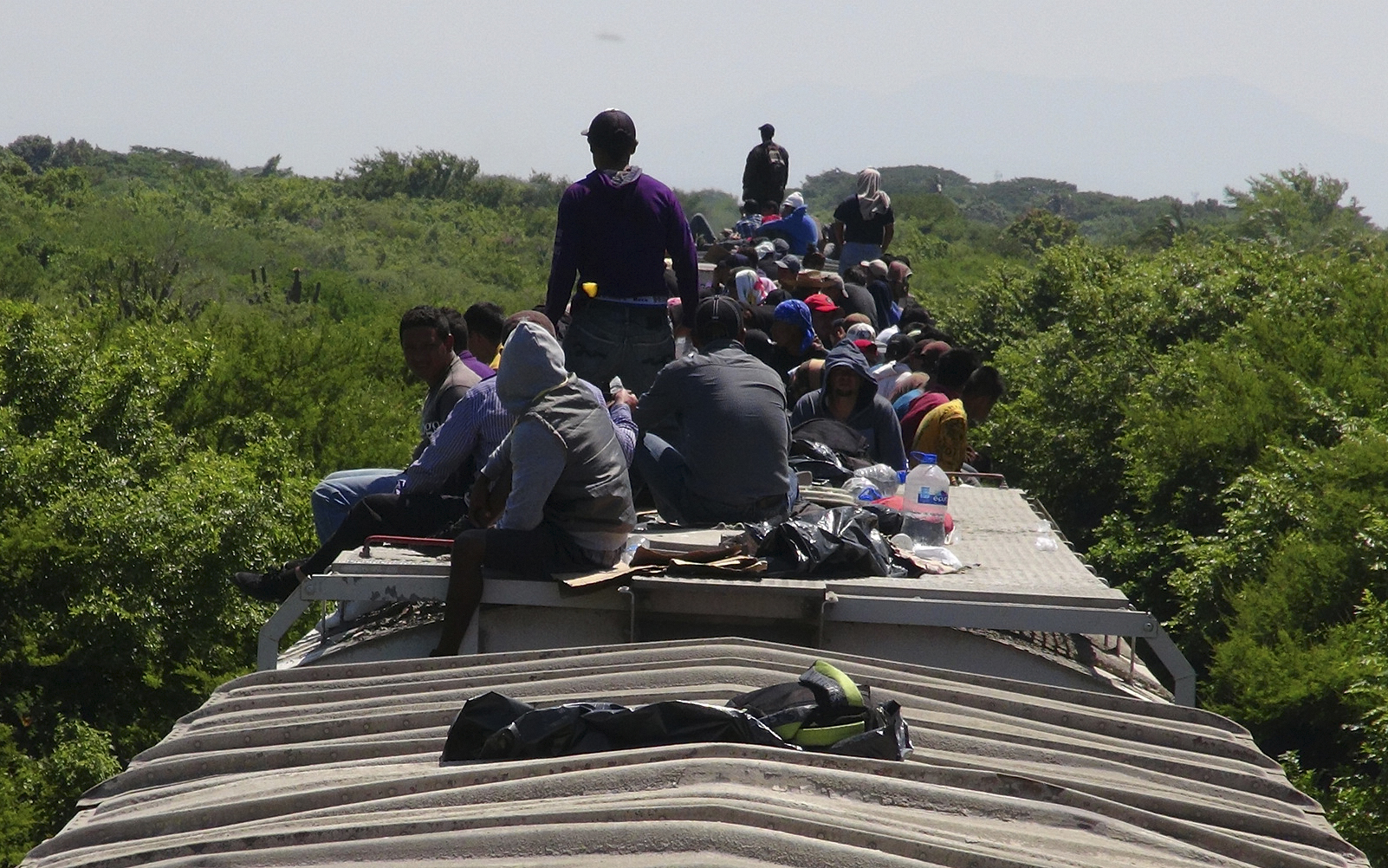 The Forgotten Migrants Of Central America

America’s Harsh Rhetoric On Immigration Policy Bleeds Across The Border

The Northern Triangle, a region in Central America surrounding Honduras, El Salvador and Guatemala, is perhaps one of the poorest and most violent places in the world. The predominance of gang rivalry, post-civil war instability, repressive political regimes and extreme poverty have driven the region into a warped cycle of violence and impunity. Until recently, the Honduran city of San Pedro Sula ranked as the most violent city not at war, with approximately 111 homicides for every 100,000 people, with El Salvador’s capital, San Salvador, a close second — and these numbers only continue to increase.

It comes as no surprise that more than 10% of the Northern Triangle’s population has migrated from the region, mostly to the United States. But it wasn’t until 2014 that the Central American exodus seized the attention of the international community. A humanitarian crisis developed when thousands of unaccompanied women and children arrived at the United States’ southern border seeking political asylum in the United States. Riding on top of cargo trains that connect both regions, a network of trains popularly known as La Bestia (The Beast), thousands of immigrants made their way through Mexico seeking comprehensive treatment and new opportunities in the United States.

However, this opportunity was only granted to a couple of thousand migrants. The policy was rolled back when further waves of unaccompanied children arrived, only to be deported by the Department of Homeland Security (DHS). Not surprisingly, from October 2015 to March 2016, the number of deportations of Central Americans family “units” — women and children travelling together — rose to 32,000. During the same time period, 86% of undocumented Central Americans went to court without a lawyer, which predisposes them for failure in acquiring political asylum.

During a 2016 election season in which the Republican nominee, Donald Trump, has repeatedly vilified Mexican immigrants and proposed building a wall along the U.S.-Mexico border, the plight of Central American migrants has been ignored in the negative coverage surrounding immigration. The inflammatory rhetoric of the Trump campaign, combined with the threat of deporting millions of undocumented immigrants who live and work and the U.S., damages both Central Americans’ chances of entering the U.S. and of traveling safely through Mexico, which is itself imposing stricter immigration policies.

Mexico continues to deport almost 100% of undocumented migrants to their countries of origin, most of them Central Americans who are transiting. What’s most infuriating is that many of these deportees should have access to political asylum in Mexico or the U.S. under international law if they manage to make their way there. Instead, they’re detained by the thousands and deported to their countries of origin. Today, the xenophobic rhetoric that the United States and Mexico employ regarding the exodus from the Northern Triangle has sent a clear message to Central Americans planning to cross through Mexico: don’t do it.

The United States and the international community exhorted the Mexican government to address the Central American refugee crisis. In response, Mexican president Enrique Peña Nieto launched a policy that militarized the Guatemala-Mexico border by increasing border patrol personnel and patrols on the most transited migrant routes and deploying new technology and military equipment, including monitoring devices and surveillance drones. This new immigration policy, called Plan Frontera Sur, was launched with the supposed purpose of closely regulating the movement of migrants in Mexico. Consequently,  the number of detentions of undocumented Central Americans in 2016 rose by 71%, reaching a high point of 99,768 migrants, higher than the detentions of Central Americans in the United States.

However, Plan Frontera Sur can’t be regarded as anything other than evasive, if not counterproductive — much like Trump’s much-maligned wall. The persistence of oversaturated deportation centers, alternative routes, and thousands of unaccommodated bodies that continue to make their way across borders, reveal that President Enrique Peña Nieto’s plan is merely a band-aid on the more profound problem of human rights violations that take place in militarized border zones and human trafficking routes.

The plan shows no real intent to address the structural causes of the refugee crisis, nor does it improve the conditions of migrants in order to secure their natural rights. If anything, as the political magazine Animal Político puts it, Plan Frontera Sur is only responsible for dispersing the migration conflicts from the United States-Mexico border to the Mexico-Guatemala border. This action relieves the United States from dealing with large pools of Central and Latin American immigrants on its southern border — especially since the Central American crisis — yet it doesn’t begin to resolve the causes of the migratory influx, nor does it address the need for the social integration or reintegration of hundreds of thousands of migrants into the United States or their home countries.

Today, thousands of immigrants are boarding rafts to make their way through the Pacific Ocean to the coast of Mexico’s southern state of Chiapas, and continue to the United States without detention. The inherent dangers of these trips, evident in the precarious rafts and the treacherous waters of the Pacific, calls for urgent humanitarian attention. This isn’t the first time the world has seen children, women and men flee their countries and take to the seas with the purpose of finding a better life abroad.

One would imagine that the U.S. and Mexico would learn from the tragic loss of thousands of lives in the immensity of the Mediterranean; this is yet to be the case. We can only hope that the Pacific Ocean does not become another graveyard for thousands of desperate immigrants, guilty only of trying to survive and seek better lives for themselves and their families.