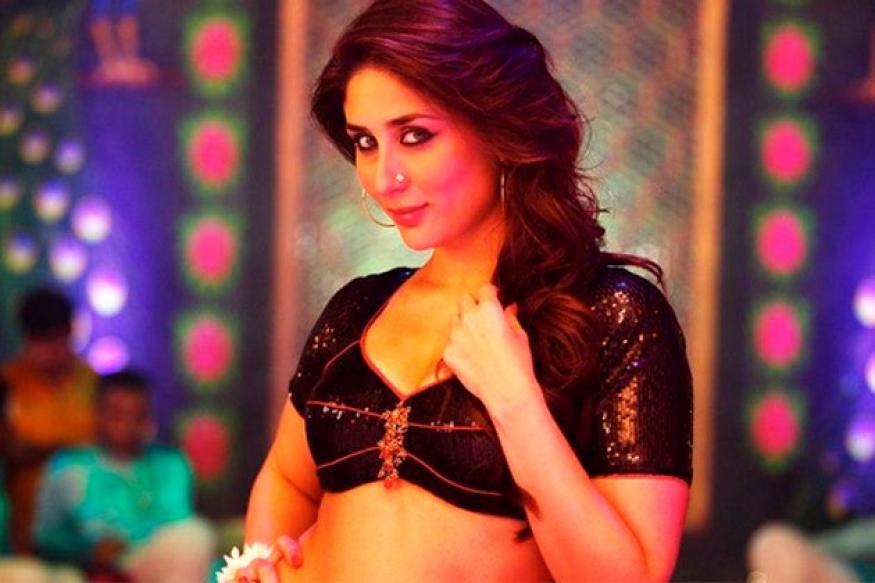 Kareena Kapoor, a famous Bollywood actress, is seen in the still above performing the item number “Fevicol Se” in the film Dabangg 2.

A colorful brothel. Scantily dressed women. Intoxicated men ogling prostitutes. These set the scene for one of the most popular item numbers in Bollywood, “Munni Badnaam Hui” from the 2010 movie Dabangg. “Munni was dishonored, just for you darling” is the unsettling, catchy chorus of the item song that continues to entertain millions in India and abroad. The ill-named “item number” typically refers to an upbeat, sexual dance performance, which has little to do with the subject matter of the film. They feature women, usually portrayed by famous Bollywood actresses, who are labelled as the item or object of the sequence. During the flashy performance, the male lead attempts to pursue the woman, thereby perpetuating a plethora of problematic ideas. The existence of the item number has become the flagship of Bollywood movies as that is what seems to attract viewers and boost box office sales. Item numbers have become such an integral part of the Indian film industry; a raunchy, provocative dance number can be expected from almost every single Bollywood film.

Objectification of women is definitive of Indian pop culture. In a country where public displays of affection are taboo, the existence of overtly sexual entertainment seems ironic. In contemporary Bollywood films, the over-sexualization of women has become the norm. It is rare to find a woman as a powerful lead whose purpose to the story exceeds that of being a one-dimensional character who serves as eye-candy. Item songs propagate the problematic notion that a woman is solely an object meant to please those around her. This is not only archaic, but a hindrance to social development in India. How is a woman supposed to make a living for herself, whether professionally or otherwise, when others around her don’t value her worth besides her appearance? It is this antiquated idea of what a woman should be that contributes to the countless sexual harassment cases in India. In 2015 alone, an average of 6 rapes and 15 molestations occurred each day. In light of these numerous rape, molestation and sexual harassment cases, the objectification of women in the media needs to end.

India’s Daughter, a harrowing documentary directed and produced by Leslee Udwin, delves into the 2012 gang rape of Jyothi Singh that took place in New Delhi. Singh was raped by six men in the back of a bus and was violated so brutally she had to be flown into Singapore for treatment where she died shortly after. Udwin interviews the rapists and their Defense Attorneys in the documentary which provide a disturbing view of the way women are perceived in Indian society: “A decent girl won’t roam around at nine o’clock at night. A girl is far more responsible for rape than a boy” says Mukesh Singh, the bus driver and one of the convicted rapists. This outdated thinking stems from the deeply ingrained notion that a woman needs to be constrained within the limits of what society proclaims as “decent.” Perhaps even more distressing is the rapists’ lawyer, M.L Sharma’s opening statement in the documentary, “We have the best culture. In our culture there is no place for a woman.” Sharma epitomizes the misogyny prevalent in India even amongst the seemingly well-educated. These interviews reveal the mindset of the men who partook in this atrocity and also set a precedent to excuse such rapists.

Jyothi Singh’s rape and murder incited a wave of activism for gender equality from women and men alike. Unfortunately, in India the total number of reported rape cases increased from 24,923 in 2012 to 33,707 in 2013. Jyothi Singh’s story echoes with the hundreds of rape cases reported in the media. In 2014, two teenage girls were raped, murdered and left hanging from a tree in Uttar Pradesh. While national and international outrage ensued at this misogynistic massacre, Mulayam Singh Yadav, the head of the governing party in Uttar Pradesh, responded with, “Boys will be boys. They make mistakes.” Excusing such vicious actions reveals the underlying social norm that exists in India that undermines most forms of violence against women.

India is a land of a billion people, made up of an amalgam of different ethnic groups, customs and religions. Amongst all these differences, Bollywood seems to be one of the few forms of entertainment that unite the Indian masses. Needless to say, the scope and impact that Bollywood can have on the Indian public is enormous. Despite the immense influence Bollywood can have, few actors and entertainers have publicly spoken out against the underlying sexism present in the industry. Anushka Sharma, one of the most prominent Bollywood actresses, did an interview in 2015 and remains in the minority of actors who have articulated the issue of over-sexualizing women in Indian cinema: “Girls are expected to be good looking, look nice and just be interesting enough for a guy to be interested in them in a film. In India, it is reflective of our society and that’s the way we want to look at women.” On comparing the way men and women are viewed in the film industry Sharma states, “Women are only desirable when they are young. Desirable has a sexual connotation attached, we are looking at women in that way because that is what we are shown in films. Till that does not change then we are going to be in this situation.” Sharma’s statements are supplemented by a study conducted by the Geena Davis Institute of Gender and Media Studies which found that female characters comprise only 24.9% of all speaking roles on screen. When facing an issue so deep-seated in society’s view towards women, the question of why the entertainment industry continues to produce unintellectual, discriminatory sequences like “Chikni Chameli” (Agneepath, 2011), “Fevicol Se” (Dabangg 2, 2012) and “Lovely” (Happy New Year, 2014). Bollywood’s obsession with over-sexualizing women without giving them a substantial, noteworthy role breeds this ongoing culture where women are not valued beyond their appearances.

In light of the numerous molestation, rape and sexual harassment cases that plague India, a commercial and social force like Bollywood has a responsibility to do right by the Indian public. Instead of producing flashy, cheap entertainment, Bollywood can cast strong female leads to change the deeply-rooted sexism and misogyny that perpetuates in Indian cinema and society.