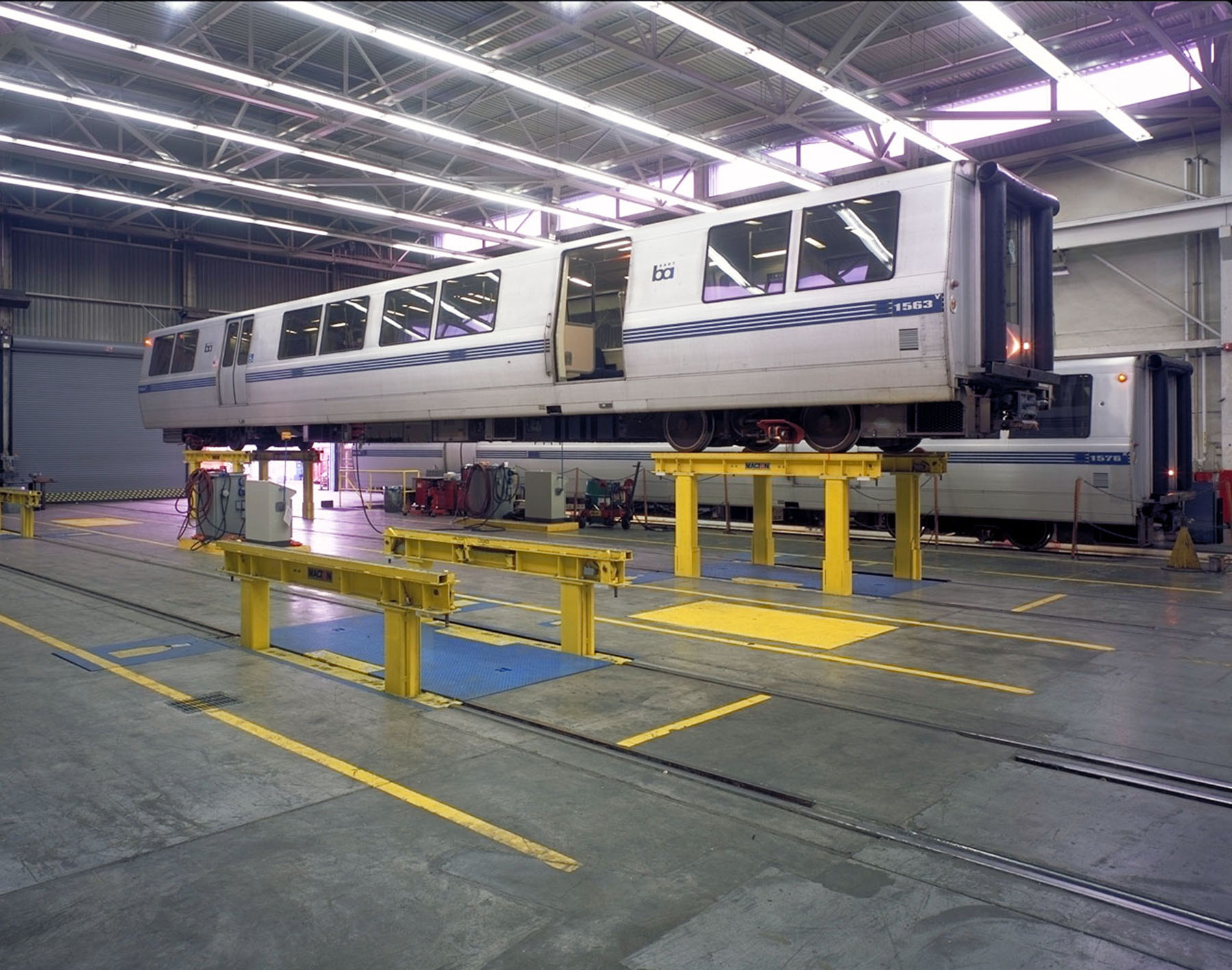 The Bay Area, like any metropolitan area, has its fair share of public transportation. If you live on the Peninsula, you have probably rode a Caltrain in your life, while those in San Jose are well-versed in VTA and San Francisco is connected to the East Bay by a few bridges and the arterial BART system. The latter of these sees the most passengers by far; 10.5 million people ride the BART every month, compared to 11 million on VTA and 18 million on Caltrain per year. And like most major infrastructure in California, BART is in desperate need of repair.

Things could be worse; there is no @IsBARTOnFire handle like there is for the D.C. Metro, and auto interests have yet to buy up the tracks and run the system into the ground like in Los Angeles. But BART, which has not seen any major upgrades other than expansion since its conception in the ‘60s, still has many problems. Passengers suffer near-daily delays, frequent equipment failures, and screeching tracks as loud as jackhammers during their commutes, while weekend track closures leave commuters searching for alternatives. A BART spokesman on Twitter summed it up best: “BART was built to transport far fewer people, and much of our system has reached the end of its useful life.”

The proposed solution: Measure RR, a bond measure which will be placed before voters in San Francisco, Alameda, and Contra Costa counties this November. It will levy a property tax designed to raise $3.5 billion to repair tracks, increase station safety, and decrease overall traffic. The measure finds strong support from many elected officials, including the mayors of San Francisco, Oakland, and San Jose, who together rode through the Transbay Tube to promote the tax increase. They, along with BART leadership, see the issue as obvious – in order to fix BART’s track issues, why not delegate money to the agency, earmarked for that exact purpose?

Of course, the issue is more complicated than that. Many in opposition to the measure question BART’s decision-making when it comes to financial efficiency. Currently, nearly half of BART revenue goes directly to labor costs as, in response to strikes, BART raised wages such that some workers now make up to $150,000 a year. Despite BART’s strong credit ratings and previous success with reducing and refinancing debt, groups such as the Kersten Institute for Governance and Public Policy, a nonpartisan organization advocating for efficient government, have questioned BART’s decision-making and released rebuttals to the arguments for the plan. They point out that money raised by the bond measure may not necessarily be used towards infrastructure, reasoning that the money could end up essentially backfilling labor costs. Additionally, critics argue that BART is well-funded as it is, and that infrastructure issues stem from poor decision-making.

The rebuttal to Measure RR is strengthened by a few glaring flaws in the plan. Journalists for the East Bay Times have pointed out that taxes could end up being four times higher than BART’s initial estimates, and bring up the fact that the cost projections that created the tax estimate in the first place only span a decade, whereas the infrastructure improvements BART will be undertaking could take up to 20 years to complete. In short, many are wondering if the bond measure is simply a down payment for future expenses.

Regardless of one’s opinion on Measure RR, it is well-understood that improved infrastructure is a necessity. BART is a lifeline for hundreds of thousands of people, and continued infrastructure issues will have far-reaching consequences for the Bay Area. As delays increase in length and frequency, productivity will fall as commute times rise, highways will see an influx of traffic, and the increased difficulty of working in San Francisco will aggravate the already-intense housing crisis. Something needs to be done, be it increased funding or a complete overhaul of the way BART spends money.

In order to avoid a paradigm-shift and, in essence, take the easy way out, BART leaders need Measure RR to pass. However, this is unlikely to happen unless BART has the trust of the public to spend the money wisely, since property owners will be taxed until 2065 if the measure passes. While BART cannot legally campaign for support, they have created a website to explain the utility of BART and the agency’s plan for infrastructure repair. The website draws connections between BART and the livelihood of the Bay Area to express the importance of the oft-underground subways to the world above – similar to the “BARTable” advertising campaign, the agency makes it clear that “BART connects you to people you love, places you enjoy, and to the countless opportunities the Bay Area has to offer.” Additionally, the immediate relevance of the plan to consumers is stressed, highlighting the importance of “fixing things first” and improving technology and access to reduce congestion and make the trains more accessible. The website also breaks down specific improvements by county. For our Berkeley readers, the main Alameda County improvements concern the construction of housing developments, capacity gains, and increased car and bike parking.

To gain further insight into the measure, we contacted Taylor Huckaby, a spokesperson for BART. He informed us that the money from Measure RR will be allocated towards two major categories: repairing and replacing critical infrastructure, for which most of the money will be spent, and making stations more accessible and less crowded, where about a tenth of the bond money will go. (You can read our full interview here.) Nonetheless, it will be very difficult for BART to fulfill all of their promises with this level of funding; combined with the agency’s history of money mismanagement, the public may end up very unsatisfied with a post-Measure RR BART.

To convince voters to gamble on this property tax, BART will have to ensure the public that they will stick to their budget and draw attention to the necessity of these improvements. BART has had success in the past implementing new technologies to improve the rider experience – the agency has implemented an improved train control system and will soon begin rolling out the “Fleet of the Future”, a squadron of new and improved train cars. And they are still slightly ahead of the curve when it comes to infrastructure – BART is currently pursuing Measure RR because the majority of the 44-year-old BART system was intended to last only 45 years. Thus, the time is now to rebuild BART – the system, as Paul Oversier, BART assistant general manager for operations, said himself, is “falling apart.”