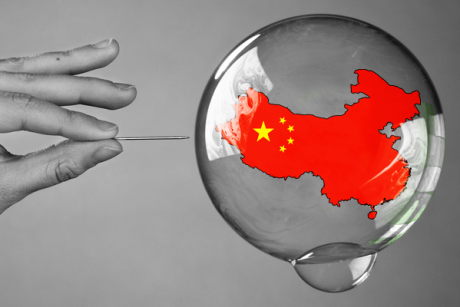 Why the CCP’s Days are Numbered

Barricades in the streets. Chaos everywhere. A few officials frantically working to stall the impending storm. No, this isn’t the rebel base under attack in The Empire Strikes Back. This is Hong Kong, 2016. The Empire is the Chinese Communist Party, and its archenemy is time.

In 2014, the Chinese Communist Party proposed that Hong Kong choose from a list of pre-approved candidates when electing the city’s chief executive. The citizens of Hong Kong rose in anger. They saw the CCP’s proposal as a scheme to pulverize the city’s democracy and shut it off from the rest of the world. In 2015, the Hong Kong legislative council rejected the proposal with 8 votes for and 28 votes against. Just last month, in the 2016 elections, Hong Kong citizens elected several of 2014’s student leaders to the legislature, despite the CCP’s threat of “drastic repercussions”.

Yet, could Hong Kong be more than just an isolated rebel outpost? Maybe the protests are the harbinger of rebellion all over China.

Some will point out that Hong Kong is different from mainland, since it was under British control until 1997. Hong Kong is wealthy, they argued, and exposed to Western ideas such as democracy and free speech. Yet, a look at the numbers indicate that the same demographic gears that are turning in Hong Kong are also turning in China, just at a much faster rate. Chinese citizens are becoming wealthier, better educated, and more pro-west by the day. Is the Chinese Communist Party’s blend of economic freedom with political control falling apart?

Modern China began in 1978, when Chinese leader Deng Xiaoping opened up the country to outside investment and trade. China’s economy boomed. GDP grew by over 10% every year. Giant freight ships sailed through the Yangtze carrying goods all over the world.

Deng was not overly concerned. He declared famously that “if you open the window, some flies naturally get in”. However, within a decade, the first generation to grow up in this “liberalized” atmosphere began to enter college and the workforce. Outside ideas turned into more than just a nuisance.

In 1989, thousands of students took to the street, chanting for democracy and erecting a miniature of the statue of liberty in Tiananmen Square. After months of deliberation, the CCP summoned troops and tanks and crushed the students. Tiananmen Square marked a shift in the CCP’s ideology. It allowed economic liberalization to remain, but kept politics firmly under its control.

For decades, this blend of economic freedom and political control worked wonders. Yet, the demographic changes of the 21st century are making this system impossible to maintain.

The first issue is the ease with which Chinese citizens can now access outside ideas. China’s trade with the US is now worth over $500 billion a year. This has led to everything, from American toys and technology to Hollywood Movies, flooding into China. At the same time, recent mega-events like the Olympics and Shanghai World Expo have led to an influx of international travelers and visitors to China. Furthermore, Chinese citizens are also hopping on planes for a taste of the outside world. In 2014, over 500,000 Chinese students studied abroad.

Finally, the internet and social media has transformed the way the Chinese acquire information. It used to be that the CCP’s control over cable providers (who are often called the mouth and voice of the party) was enough to limit information. Indeed, everyone tuned in to the State News at 7 pm, because that was the only way news entered China. Now, people in China can access CNN and the New York Times from their laptops. Even blocked websites such as Facebook and Google can be accessed with a three-minute installation of a Virtual Private Network. The state news channel’s ratings have dropped from 250 million per night (in the 1990s) to slightly over 100 million today.

The trend between economic prosperity and democracy is well documented. As people’s lives improve and their primary needs are met, they inevitably want political power and tolerate less and less repression of their civil rights. In China, the situation is no different. As the middle class expand, they will demand more representation and influence in a system where they have no mechanism to participate.

Finally, China’s prosperity cannot last forever. There are several reasons for this. As China’s middle class develop and demand higher and higher wages, manufacturers are outsourcing to less-developed countries like Vietnam. Minimum wage in China is now about $4,000 per year, while it hovers at slightly above $1,200 a year in Vietnam. The decrease in exports is clearly visible, with China’s GDP growth falling from over 10% consistently in the 2000s to less than 6% projected in 2016 (World Bank 2016). At the same time, the Chinese middle class is investing in both housing and stocks, leading to a huge asset price bubble. The Chinese Stock exchange crashed in 2015, losing 50% of its net worth. Today, the housing market is even more vulnerable. Housing prices in Beijing have soared over 800% since 2003 (Park 2014). If history has taught us one lesson about financial excess, it is that a crash is likely to follow.
Thanks to both a new generation of Chinese students who are increasingly familiar with the West, and a stifled middle class that sees its economic prospects gradually diminishing, cracks have begun to appear in the CCP’s jade facade. A China of barricaded streets, popular uprising, and eventually, democracy, may not be far off.