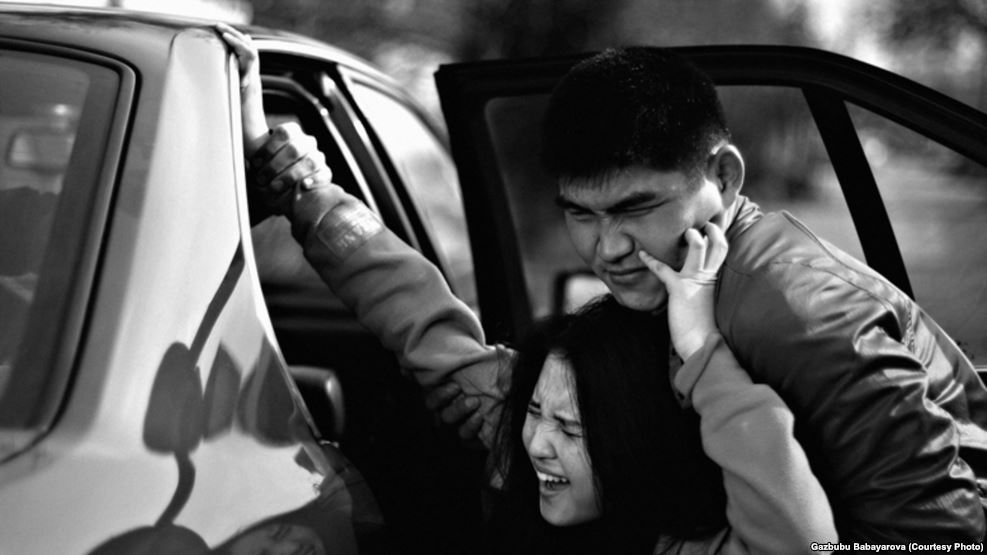 Bride Kidnapping: Can the West Make a Difference?

In 1997, Aberash Bekele of southern Ethiopia was walking home from school with several friends. A girl of 14, Aberash was abducted by men on horses wielding whips and lassos. One of her captors, who intended to marry her, spent that afternoon beating and raping her. The following morning, Aberash was able to snatch a Kalashnikov from the hut she was being held in, and shot her rapist after warning him not to get near. Two years later, she was acquitted in the name of self-defense.

Bride kidnapping is a troubling and persistent plague on the modern world. Local NGOs powered by Western nations are currently in the best position to fight it, despite frequent skepticism about their motives.

After all, Aberash’s story is not new in Ethiopia. The BBC reports that in Ethiopia, kidnapping and raping a woman until she becomes pregnant is seen as “a legitimate way of procuring a bride”. Some estimates suggest that as many as 69% of Ethiopian marriages begin in this way. Troublingly, traditions of bride kidnapping also exist outside of Ethiopia.

In Kyrgyzstan specifically, bride kidnapping, or “ala kachuu” (“grab and run”), is incredibly common. As many as 40% of Kyrgyz women will be kidnapped and subsequently forced to marry their kidnapper. In Kyrgyzstan however, the procedure for kidnapping is different: once a “groom” abducts a victim, he takes her to his home, where the women in his family convince the victim to marry him.

Bride kidnapping is technically a criminal offense in Kyrgyzstan. According to the nation’s criminal code, abductors can face up to five years in prison if found guilty. In actuality, however, almost no cases ever go to trial, and those convicted usually end up paying a small fine.

The inefficacy of these laws points to their failure in addressing the underlying causes of this tragic phenomenon. As the Wilson Center argues, bride kidnapping in post-soviet states has three major causes: “Firstly, popular support for and state promotion of Kazakh nationalism has encouraged the restoration of “traditional” gender roles. Second, an increasing perception that the legal system is corrupt has ensured that young men are confident that they can get away with this crime. Third, many young men have less economic stability to offer prospective marriage partners”.

The Wilson Center has proposed that major change should come through local NGOs working with central governments to establish support groups, create crisis centers, improve economic conditions so men won’t feel pressured to kidnap from economic circumstance, and strengthen the legal process so that women can trust the courts to help them.

Such change, however, is no small task. It would require both infrastructure to find and prosecute offenders, as well as a cultural shift to prevent kidnapping from occurring in the first place. Learning to respect the bodily autonomy of women has been an uphill battle in all regions of the world, with the West being no exception (as cases like the Brock Turner rape illustrate). Yet, not all is lost–the element which has the best chance of making a difference in these struggles is unity; nations and groups working together is the best, most reliable way of seeing long-term change.

To this end, western nations should provide funding and support to the NGOs like the Kyz Korgon institute to help end bridal kidnapping. As a collection of wealthy nations that strive for the enforcement of human rights, the West is in a unique position to fight against this violence. Such support would not only be effective on the smaller scale, as NGOs have far more knowledge of the cultural and political landscape than any outside actor, but it would also shift feminist discourse concerning bodily autonomy away from specific countries, and towards a more global message of respecting a woman’s right to bodily security.

The power of global feminist movements is well evidenced; Malala Yousafzai’s fight for women’s education and Emma Watson’s speech at the UN both made huge waves in drawing international attention to the issue of women’s rights. An expanded framework for change is crucial, as it allows for more meaningful change all over the world on a unified front, as opposed to individual battlegrounds divided by national borders, where calls for women’s equality are often silenced.

This solution undoubtedly raises a variety of legitimate concerns, not the least of which is the dearth of women’s agency such an action would imply exists. Often, western observers are careless in assuming women in other regions of the world have no ability to create change themselves. Supporting and empowering NGOs, however, bolsters agency rather than diminishing it. Action is being taken by women in these nations, as evidenced by the protests that arose in the wake of two 20-year-old students and alu kachuu victims who committed suicide. It is in support of and accordance with these voices that the West should take action, not in place of them.

Other concerns pertain to NGOs as actors. Specifically, as Arundhati Roy argues in “The NGO-ization of Resistance”, NGOs “are accountable to their funders, not to the people they work among”, and perhaps more poignantly, NGOs “unwittingly reinforce racist stereotypes… (the tough love) of Western civilization”. NGOs are indeed tied to their sources of revenue. However, government agencies are also tied to those holding the purse strings, perhaps even more so than NGOs (politicians desire money to stay in power), so this issue is unavoidable, and shouldn’t obstruct beneficial changes. As to the second concern, a primary incentive to shift feminist dialogue to a global scale is to combat the very stereotypes that Roy talks about. Making the issue of women’s autonomy a human one, rather than one divided by east or west is imperative to achieving long-term change.

Finally, western intervention in any form is bound to stir painful memories of colonialist sentiment employed in the 20th century by European and American powers. The West has an incredibly poor track record with imposing its ideologies on other parts of the world, often in the name of “Western” standards of morality. This case, however, is simply different. All the countries mentioned thus far have signed the Convention on the Elimination of All Forms of Discrimination against Women (CEDAW). Article 19 of CEDAW stipulates that forced marriages are highly condemnable, namely because “such violence… [denies women] the equal enjoyment, exercise and knowledge of human rights and fundamental freedoms.” Article 23 is even more specific, clarifying that “no marriage shall be entered into without the free and full consent of the intending spouses”.

The values critics would accuse the West of imposing on these nations are values to which the nations themselves have already subscribed, but are currently unable to enforce. Furthermore, the presence of protests further proves the desire for change exists beyond the governmental level, so the West would not merely be lumping on moral imperatives to the chagrin of local populations.

Certainly, Western support for NGOs is no perfect solution. It’s messy, and is unlikely to bear fruit in the near-future, as cultural shifts take decades of struggle. It’s fortunate for us that we would be joining a battle already underway—many people have had enough, and have made their positions known. The West should enter the fray not because it won’t be messy, but because it must play its part in ending the cultural abuse of women like Aberash in Kyrgyzstan and Ethiopia, and work to end the mistreatment of women on a global scale.